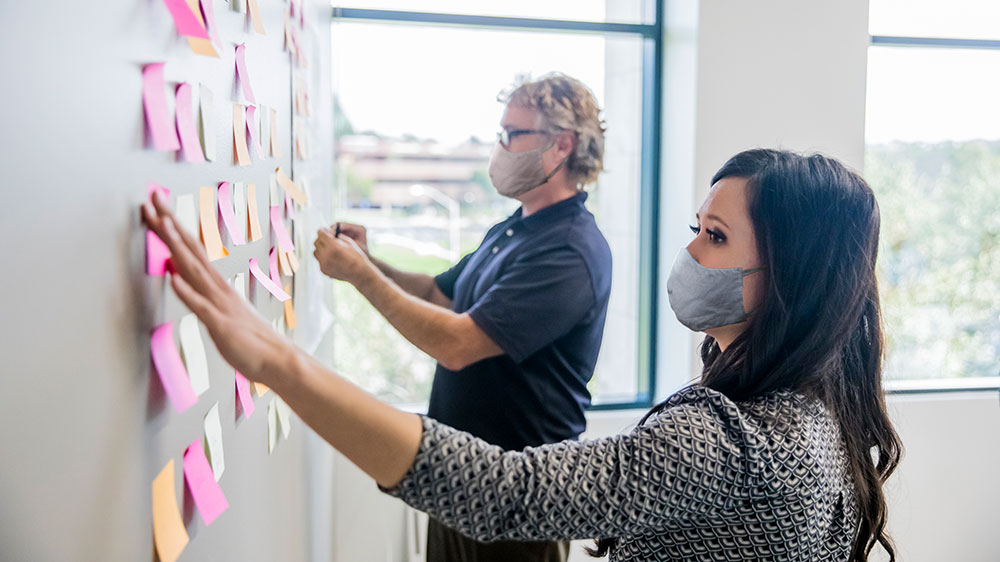 Frau und Mann am Arbeiten
In Switzerland, women and men have a right to equal pay for equal work or work of equal value. (Image: iStock / adamkaz)

The Swiss Federal Act on Gender Equality states that men and women are entitled to equal pay for the same work. To make sure that this is accomplished as far as possible, since July 2020 employers with 100 or more employees have been required by law to carry out an analysis of their employees’ salaries to check for discrimination.

UZH also regularly measures the pay differences between the men and women employed at the university. The Human Resources Office recently conducted its third such analysis using Logib, the Swiss government’s equal pay tool. This analysis, which is based on UZH pay data from August 2020, shows that gender-related pay differences between men and women at UZH are minimal.

The analysis reveals that under equal circumstances, women earn 1.3% less than men overall. This year’s result is in line with previous analyses, where the gender-related pay gap was 0.9% and 1.3% in 2016 and 2014, respectively. For all of these analyses, UZH is well below the government’s threshold of 5%. “We have achieved an excellent result for the third time in a row. The analysis shows that on the whole UZH has maintained equal pay,” says Karin Bertschinger, head of Human Resources at UZH.

The UZH analysis included all professors, non-professorial academic staff as well as administrative and technical staff – including those paid on an hourly basis. Overall around 11,200 sets of data were used for the analysis, 6,448 or 57.6% of which belonged to women. Results were determined using multiple regression analysis, taking into account objective factors that have an effect on an employee’s salary. These include individual factors such as education, professional experience and years spent at UZH as well as work-related aspects, such as professional position or skill level required to perform the work. In addition, gender is included as an independent variable in the regression function. If this variable has no significant impact on employee pay, there is no statistical evidence of discrimination.

When it comes to overall pay, men earn 14.3% more than women at UZH. However, 13% of this can be explained by differences in qualification and function, leaving a gender pay gap of 1.3% for the University of Zurich as a whole.  All faculties and Central Services units are below the Swiss government’s tolerance threshold of 5%.

“Overall, these results show that we’re heading in the right direction at UZH,” says Karin Bertschinger. The canton’s pay category system with its function-based classification has proven its worth and has a stabilizing effect on pay. Human Resources is very aware of the issue of ensuring equal pay. “We regularly adjust classifications that are too low and which have proven to be objectively unjustified, for both men and women,” says the head of HR.

As the self-test has shown that equal pay is maintained at UZH, the university would generally not be obliged to carry out the equal pay analysis in the future.  According to Karin Bertschinger, however, it is clear that the university will continue to hold regular analyses, since equal pay is high on the agenda at UZH. The next analysis is scheduled to take place in 2023.

Logib is the Swiss government’s standard analysis tool for assessing equal pay. The anonymous online tool enables businesses and organizations to conduct a self-test of their equal pay practices. Independent third parties have confirmed that Logib is based on sound scientific methods that conform to legal requirements.

Since the revised Gender Equality Act entered into force on 1 July 2020, employers with 100 or more employees have been required to carry out an equal pay analysis and have it verified by an independent body. Independent auditor BDO AG has audited the equal pay analysis for UZH – see the BDO AG audit report (in German)