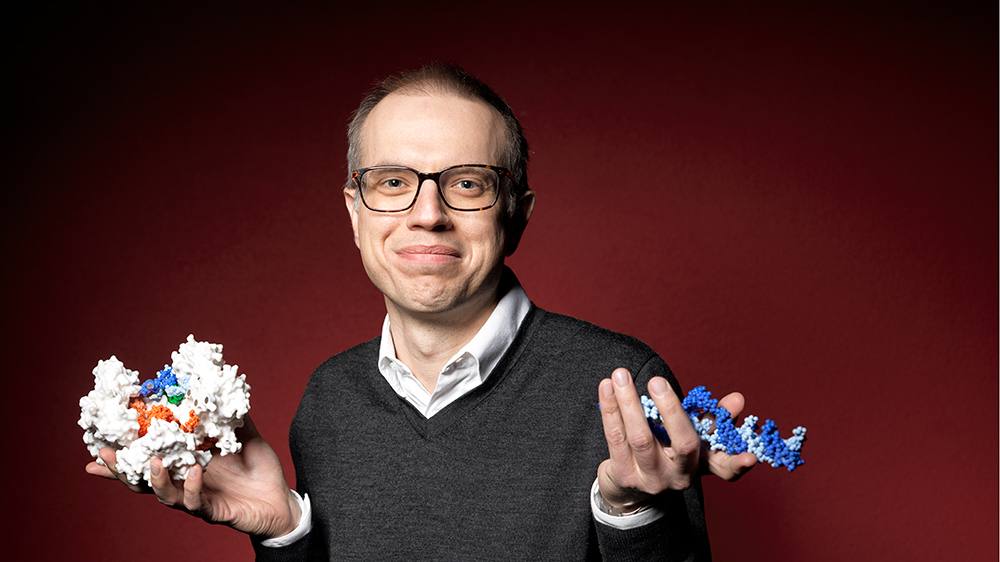 Martin Jinek, professor of biochemistry at UZH, followed the announcement of the Nobel Prize for Chemistry with excitement. The CRISPR-Cas9 genetic scissors, with which genomes can be altered easily and precisely, have been on the list of possible Nobel prizes for quite some time now and the award comes as no surprise.

For Jinek, however, the tribute is a very special moment. As a former employee in the laboratory of Jennifer Doudna, who is being honored together with Emmanuelle Charpentier for the discovery of this tool, he is directly involved and is delighted with the news: “It’s just great,” he says, “I am extremely happy for my colleagues.” And he adds that he is proud and grateful that he was able to work with the two researchers.

Prior to his appointment at UZH, biochemist Jinek worked from 2007 to 2012 as a postdoc in the laboratory of the new Nobel laureate Jennifer Doudna at the University of California in Berkeley. In 2012, he published crucial experiments on CRISPR-Cas9 in the journal Science together with Jennifer Doudna and Emmanuelle Charpentier.

The work paved the way for application of the genetic scissors, which are now used worldwide to manipulate human, animal, plant and bacterial cells. The method also allows interventions in the genetic material of human embryos and has triggered a worldwide debate on the ethical boundaries of such interventions. Two years ago, Chinese researcher He Jiankui sparked protests around the world after he manipulated human genetic material.

Despite this controversy, genetic scissors have become a key part of life sciences research. As a tool used by genetics researchers, the scissors have led to a substantial increase in knowledge about the functioning of cells and organisms in recent years. Martin Jinek is thus happy that this contribution, which will also pave the way for new therapies for various diseases in the future, has been recognized with such a great honor.