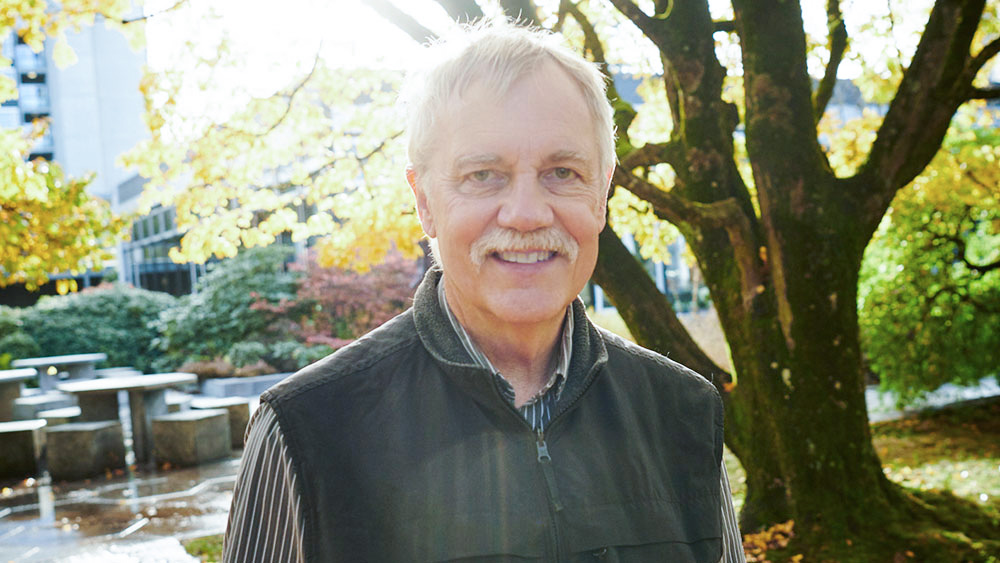 In the body, in an organ or even in an individual cell, countless biochemical reactions – the fundamentals of life processes – are underway at any given time, with proteins playing a central role. Ruedi Aebersold, Professor Emeritus of Molecular Systems Biology at UZH and ETH Zurich, has devoted his research career to finding a way to record all the proteins of a cell or living organism qualitatively and quantitatively at a given point in time (the proteome): in other words, to not only identify the various protein species, but also to determine the quantities in which they are present. For this, he used a mass spectrometry-based analytical methodology, which he then refined on an ongoing basis.

This approach allowed Aebersold to usher in a paradigm shift in favour of the quantitative measurement and systemic observation of proteins, thereby transforming our understanding of organisms and biology in general. The researcher’s efforts have also influenced the field of translational medicine and laid the foundation for the personalized medicine of the future.

“Receiving the Swiss Science Prize Marcel Benoist is a great honor for me and my wonderful team. It also honors the importance of international collaboration between researchers and the open exchange of measurement data – both of which are fundamental to the success of proteomics and to scientific progress more generally,” says Aebersold.

Although Aebersold has been an emeritus professor since the start of this year and has now disbanded his research group, he remains active in research – albeit no longer in the laboratory. He is currently heading an ETH project on tumour profiling, which he will continue to lead until the end of 2023. The project aims to determine the best treatment for individual cancer patients by combining the results of various molecular measurements of their tumour cells (personalized medicine).

The Marcel Benoist Foundation has awarded an annual prize for outstanding research relevant to human life since 1920, which makes Ruedi Aebersold the 100th prizewinner. The prize is worth 250,000 Swiss francs, and this year the Marcel Benoist Foundation and the Fondation Latsis chose the winner together for the first time. The ceremony and prize-giving will take place in Bern on 4 November 2020.

The president of the Marcel Benoist Foundation, Federal Councillor Guy Parmelin, said: “We are delighted by the cooperation with the Fondation Latsis and the first joint awarding of the two prizes. In doing so, we are enhancing Switzerland’s standing as a location for scientific research.” The scientific selection process was conducted by the Swiss National Science Foundation on behalf of both foundations.

Born in Switzerland in 1954, Rudolf Aebersold obtained his doctorate in cell biology in Basel in 1983. His research and teaching activities subsequently took him to the US and Canada; from 1989, he held an assistant professorship in biochemistry at the University of British Columbia in Vancouver for several years, followed by a full professorship in molecular biotechnology at the University of Washington in Seattle.

He is the co-founder of the Institute for Systems Biology, which was the first institute of its kind when it opened in Seattle in 2000. In 2003, Aebersold was appointed to a dual professorship at ETH Zurich and the University of Zurich. Since 2005, he has carried out research at ETH Zurich’s Institute of Molecular Systems Biology (IMSB) on the Hönggerberg campus. Over the course of his career, Aebersold has received numerous prestigious prizes. He has been an emeritus professor since the start of 2020.

Every year since 1920, the Marcel Benoist Foundation has honored outstanding research relevant to human life independently and across universities. It thus rewards researchers who represent Switzerland’s excellence as a research location. So far, 11 of the prizewinners have gone on to receive a Nobel Prize. The nomination and evaluation procedure is conducted by the Swiss National Science Foundation (SNSF) on behalf of the Marcel Benoist Foundation.

Further information on the Swiss Science Prize Marcel Benoist and the selection procedure can be found at:  https://marcel-benoist.ch/en/