The combined herbaria of the University of Zurich and ETH Zurich are being digitized. Plant-loving volunteers are playing an important role. Video: Brigitte Blöchlinger

The quantities are so big that one could easily feel outfaced. The combined herbaria of UZH and ETH Zurich comprise around 3.8 million plant samples – flowering plants, ferns, mosses, lichen and algae. Around half of them are from Swiss finds while others are from abroad, in some cases from far-flung lands such as New Caledonia and New Guinea.

The oldest items in the Zurich Herbaria are 300 years old and for many years the samples were pressed and mounted on paper. Thanks to the many historic finds, it is possible to reconstruct today how species spread over decades. This aspect of the “organized haystack”, as UZH curator Reto Nyff affectionately calls the herbaria, has been useful for the Zurich Botany Society in their survey of the flora in the Canton of Zurich. 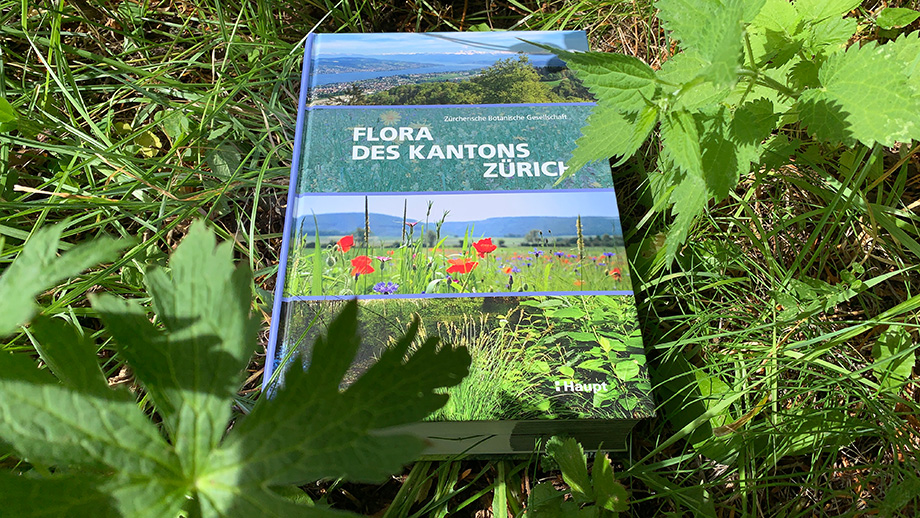 The newly published work Flora of the Canton of Zurich contains numerous references to earlier plant finds from the Zurich Herbaria. This mammoth task was supported by volunteers and took five years. (Image: Brigitte Blöchlinger)

Flora of the Canton of Zurich

The resulting book Flora des Kantons Zürich  [Flora of the Canton of Zurich] is some 1,100 pages long. It presents all plant species currently growing in the Canton of Zurich (an area of 1,700 km2) and compares them with the findings from 1900. Thanks to the comparison with the past, long-term trends can be empirically quantified. It is now possible to measure which species have endured or even proliferated, and which have become rarer or disappeared. The book also includes numerous interesting observations on ecology derived from the historic data in the Zurich Herbaria. There are also brief explanations on the meaning of plant names, plant uses (e.g. as dyes or medicaments) and related species. This diversity makes the reference work Flora of the Canton of Zurich a real treasure trove for professional and hobby plant enthusiasts alike.

The Zurich flora survey was enormously time-consuming and would not have been possible without the help of volunteers, or citizen scientists. The individual citizen scientists have a good deal of botanical knowledge and went about their task with great enthusiasm. For five years they recorded all plant species and their numbers in a defined area (see video).

Unlike earlier, the collectors of today no longer uproot sample plants, but register them via smartphone with Infoflora, the national data and information center for Swiss flora, headquartered in Bern. The volunteer network of the last two years was coordinated by UZH biologist Gregory Jäggli. 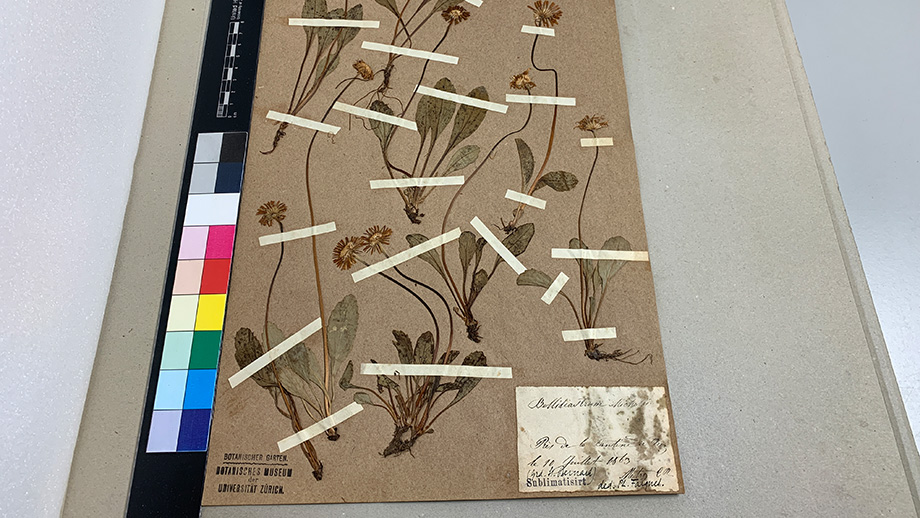 Pflanzenbelege
The UZH employees and volunteers have been digitizing a good 100,000 plant samples per year. (Image: Franziska Schmid)

UZH curator and privatdozent Reto Nyffeler, who also studied IT, coordinates the project of digitizing the samples from the Zurich Herbaria, a project that has been ongoing for nearly 20 years now. The process is carried out at the UZH Department of Systematic and Evolutionary Botany located at the Botanical Garden in Zurich. A separate fire-safe room in front of the herbarium houses two digital cameras, lights and a computer with specialist software installed. One by one the paper-mounted plant samples are laid under the camera, illuminated, photographed and then catalogued according to a defined system. Corrections to the name or category are made where necessary.

Completing the details in the database is time-consuming and requires a great deal of specialist knowledge – which is where volunteers come into play. “Some can read the old handwriting, another might have known the collector and others might have expertise in a certain area,” explains Reto Nyffeler. In this way the information accompanying the digitized historic samples is gradually expanded and refined by the lay volunteers and the professionals.

The digitization of the 3.8 million samples is not done alphabetically, but according to specific projects. Projects may be implemented at the request of cantons (e.g. the flora of the Valais), regions (Swiss National Park), research groups (the flora of Saastal) or ecology institutions (e.g. for themed walking trails). Most users of the digital herbarium are not students or individual plant-lovers, but institutions that want to gather facts relating to a specific botanical question for their research. As well as photographs and indications of their location, for some species that are more difficult to identify characteristic features are listed and in some cases even the genome.

Searches can be delimited by species, collector, year of find or location. This enables inventories of specific areas to be generated, as well as to identify trends and ecological connections.

The digitization of the combined herbaria of UZH and ETH Zurich is also significant at an international level. For one, it enables redress to be made for a colonial wrong. At the end of the 19th century, early Swiss research travelers such as the Zurich botanist Hans Schinz extended their search for unknown plants to remote European colonies. They traveled to German South-West Africa (today Namibia), New Caledonia, Brazil and Mexico and brought plant samples and natural history objects home with them in large numbers, often without any regard for local customs or circumstances. Since the start of this century, former colonies have been demanding the return of collected objects in accordance with the biodiversity convention. It has since become the internationally accepted approach to return them in digital form.

There is another reason too for the foreign samples to be made internationally accessible: In many countries today it is no longer possible to directly collect and export plants, and their genetic information may not be used for research purposes without relevant agreements. In digital form, however, the plants collected on earlier expeditions are accessible.

And a third advantage of digitization is that the use of information about the plants can be precisely recorded on the digital platform, thereby demonstrating the collection’s importance. 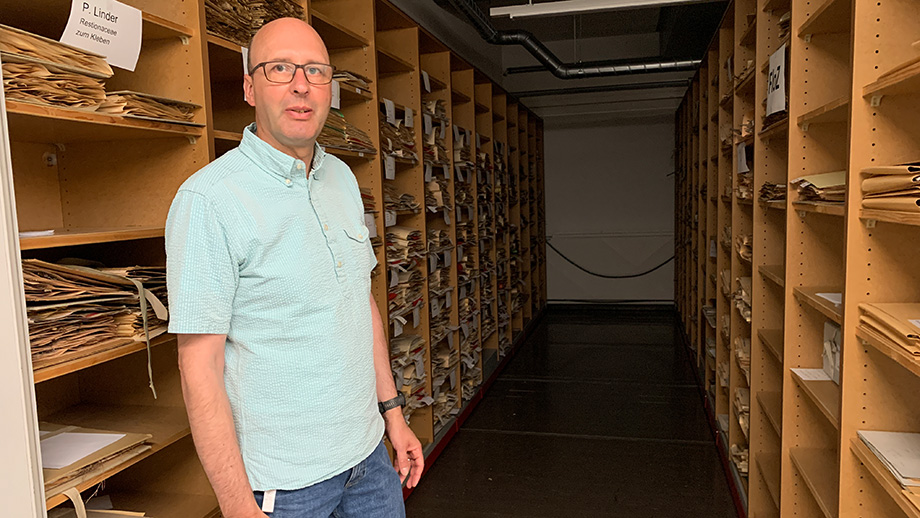 UZH privatdozent Dr. Reto Nyffeler is one of the four curators of the Zurich Herbaria. He leads the vascular plants section. (Image: Brigitte Blöchlinger)

The botanists already have ambitious plans for the future. Together with colleagues from the University of Basel, they are planning a joint virtual herbarium as part of the Plant Science Center via which digital plant samples can be accessed from around the globe.

The book Flora des Kantons Zürich was published in March 2020 by Haupt Verlag. The book launch was postponed from March to August, but then had to be canceled a second time due to Covid-19.