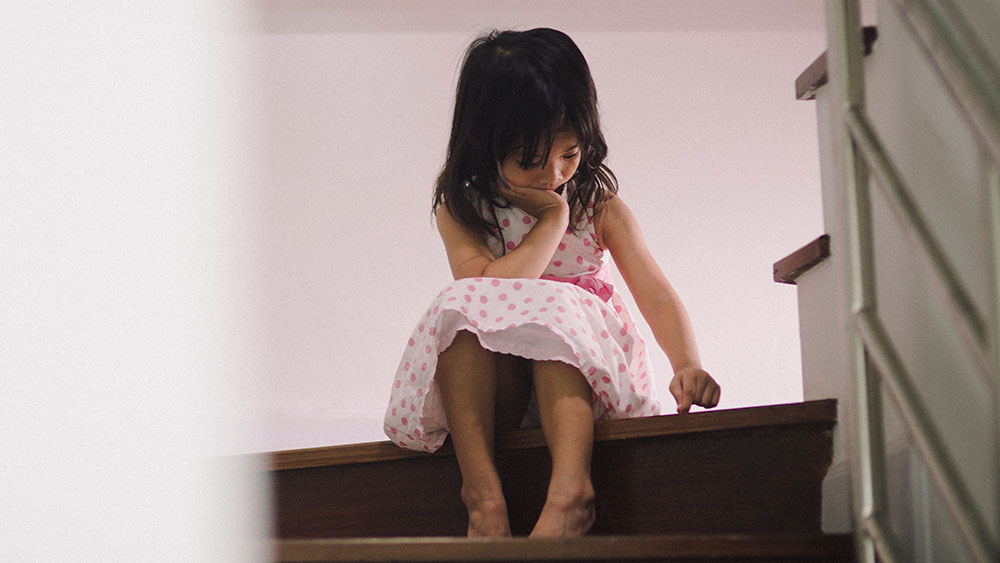 Kind auf Treppe
Whether and which emotions you show to the outside world is strongly influenced by your social environment and culture. (Image: iStock / Userba011d64_201)

Physical or mental maltreatment causes children great suffering. The stress caused by abuse or neglect can adversely affect the development of children’s brains and thus their thoughts and behavior. This then leads to a child having difficulty regulating his or her emotions, for example.

Monique Pfaltz, assistant professor of clinical and experimental psychophysiology, researches the emotional consequences of child maltreatment by investigating how people who have suffered trauma deal differently with emotions. Significant indications of trauma can be seen in the recognition and expression of feelings. Pfaltz therefore uses experiments with facial expressions to find out how victims of abuse express their feelings through facial expressions and how they perceive the emotions of other people.

In laboratory experiments with young adults, for example, Pfaltz found that people who have experienced maltreatment tend to interpret neutral facial expressions negatively and perceive them, for example, as an expression of contempt. “This makes sense because as children they might have experienced that in certain situations their caregivers reacted indifferently to them or suddenly reacted negatively with no prior warning,” explains Pfaltz. These formative negative experiences could cause such children to interpret the facial expressions of other people negatively in the longer term. This makes their interactions with others more difficult, which in turn causes stress.

What can be done to support people affected by these issues? “In addition to psychotherapy, emotion recognition training could help children who have experienced abuse,” says Pfaltz. This kind of targeted training is already successfully used for patients with schizophrenia and other mental illnesses. However, it is still too early to say whether such therapeutic approaches will be of use in child and adolescent psychiatry. Pfaltz first wants to examine the extent to which her study findings from Switzerland might also apply across other countries and cultures. “It is especially important when it comes to deriving therapeutic interventions from our results to know whether our findings in Switzerland are also valid for people from other cultures,” she says. How one presents emotions to the outside world and which emotions it is acceptable to show are strongly influenced by the social environment and culture.

Up to now, however, most studies on emotional processes have been conducted only in Europe and the USA. Pfaltz and her Zurich research group have therefore now launched a research initiative that will enable them to compare research results across cultures. Her goal is to establish an international research group to investigate the socio-emotional consequences of child maltreatment on a long-term, transnational basis.

The initiative’s kick-off event recently took place online. “I was very surprised and delighted to see the great level of interest in our initiative,” reports Pfaltz. The initiative is facilitating dialogue across disciplines and career levels, thus greatly enriching the conversation. In total 21 researchers with diverse methodological expertise from 11 countries and six different time zones are involved.

Concrete research projects have already emerged from the first online meeting. One of them examines how victims of abuse tolerate physical proximity to others. Pfaltz has already conducted several experiments on this topic in Zurich. For example, she measured the distance that traumatized persons maintain to strangers. The results show that people who have had experiences of abuse in the past prefer to keep a greater distance than others who have not had such experiences. Based on these results, Pfaltz now wants to examine further research questions with an international team. For example whether the type of maltreatment plays a role, and whether affected people also maintain greater distance with people they know well – for example their own children.

“International networking not only gives us the advantage of being able to validate research results across different cultures, but also allows us to collect much larger samples and thus investigate research questions in a new way,” summarizes Pfaltz. With the help of the international research network, larger studies or long-term investigations could be carried out in the future to develop therapies for survivors of child abuse.

There are five types of child maltreatment. Three of them are summarized under the term abuse:

- Emotional neglect: A child grows up in an environment that does not meet his or her emotional needs (e.g. for comfort, communication, encouragement).

- Physical neglect: For example, a child goes hungry or has no clean clothes.