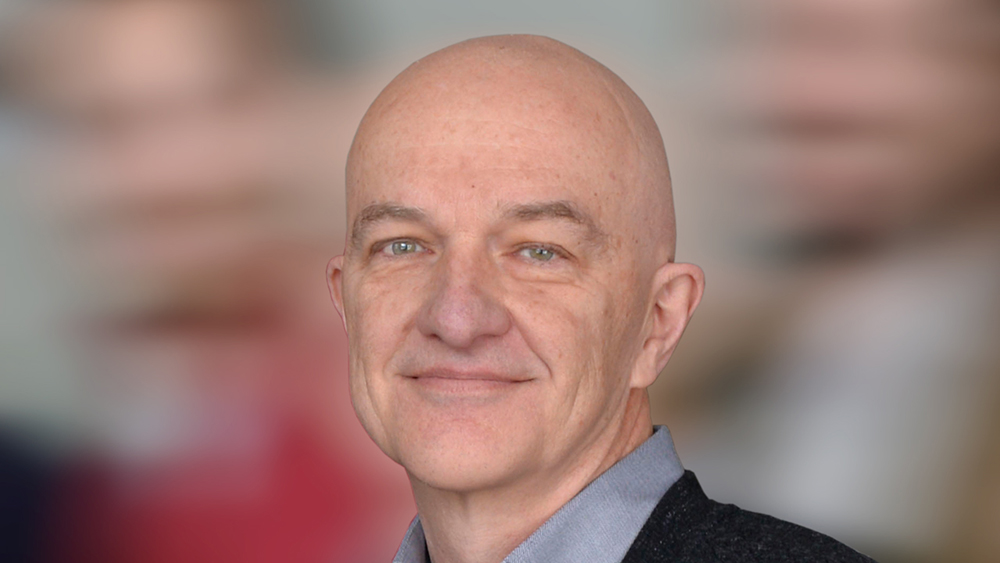 Christian Simm, in 1997 you went to California as a representative of the Swiss Science and Technology Council, founding swissnex in San Francisco and Boston, and leading the network as its CEO. Now you’ve joined UZH as head of the International Relations Office. What are your plans?

Christian Simm: For the last 23 years I’ve been working from a long way away, but at the same time very closely with the Swiss education, research, and innovation scene. We’ve connected people and organizations, initiated many new developments, promoted projects, investigated prospects for the future, put a transversal, creative approach into practice, taken in countless people as residents for the short or long term, organized thousands of events, most of them public, and much more besides. UZH was also an important partner in all this. Now I have the exciting challenge of working for Switzerland’s biggest and most diverse university. With the IRO team, which now reports directly to the president, and drawing on the skills and expertise of all UZH members, we want to harness the university’s international potential even more effectively.

Where does UZH currently stand internationally?

UZH has an international reputation among researchers. At the same time, though, people overseas often have a clichéd image of Switzerland. They’re not so familiar with how innovative, competitive, cosmopolitan, and connected this country is. This makes attracting the best people and projects a challenge – not just for UZH, but also for other institutions and organizations in Switzerland. As a French-speaking Swiss from Lausanne, I would also say there are similar challenges in the relationship between Switzerland’s different language areas.

How can UZH go about becoming even better perceived internationally?

UZH is a very big, diverse, and decentralized organization, which is why I’ll be investing some time in meeting with and listening to many people to get a better picture of the current situation and the international image we want the university to have in the future. There are many facets to being international, and just about everyone has something to contribute. It’ll be exciting to define a “new internationalization” to meet the big social challenges, for example pandemics, climate change, global power shifts, and political polarization. On the basis of many discussions, we’ll be creating the new internationalization strategy in the course of 2021.

You did your PhD in plasma physics at EPFL Lausanne, and led the university’s industry liaison office before you left for the United States. How did a physicist become a networker?

Even as a child I wanted to discover and understand the world. When the first man set foot on the moon, I dreamed of being an astronaut. A few years later my love of aesthetics and design almost led me to study architecture before the attraction of physics overcame me after all. During my doctorate I had the good fortune to represent the non-professorial academic staff on the ETH Board, learning a lot about university and research politics in the process. At the same time my lab launched a powerful communications campaign to be able to continue participating in international plasma physics projects. That way I got a taste not just for doing science, but for explaining it as well. When, after a detour via Canada, I came back to the EPFL to head its industrial liaison office, I felt Iike a real bridge builder between different realities.

All these different chapters and experiences in my life shaped the way I saw the role and approach of swissnex. Networking is harder than it sounds. It often involves nurturing the unexpected, and taking a creative, even an aesthetic, approach – always, of course, with the aim of making an impact. We used to describe it as “connecting the dots” and “engineered serendipity.”

How do you go about getting the best people to UZH?

Superstars are always much sought-after, in research just as much as in the arts or sports. Sometimes they make demands that simply cannot be met. But I’m certain that we could get even more good people to come to Zurich by making the qualities of Switzerland even better-known abroad. Recently a UZH researcher said to me that we should really always be bringing top people to Zurich on a beautiful summer’s day and taking them on a boat trip on the lake when the Alps are clearly visible in the distance and the terrace restaurants are full. It’s almost impossible to describe in words alone how good the quality of life is here.

UZH also wants to attract outstanding PhD candidates and postdocs from all over the world. What’s the best way of going about that?

Young researchers are interested in working with the best mentors and getting results that will help their career. Also important are reasonable working and living conditions – all the more so because they’re often at an age where they’re starting a family. Besides this, it’s important for international aspirations to be actually put into practice at the university and in the city: How are you accepted as a foreigner? Is there enough on offer in English? In all this it’s crucial for universities not just to foster their qualities, but also to make them visible internationally.

To what extent are international partnerships important?

Partnerships of this sort pool strengths and create privileged channels of communication and cooperation at different levels. UZH maintains strategic partnerships with the universities in Berlin, Geneva, and Prague, and recently also signed an agreement with the University of Kyoto, as well as being actively involved in various university networks. If more partnerships develop, the university will certainly be seeking to maintain a balance in thematic and geographic terms.

How do you see cooperation with the EU?

It’s extremely important, for both researchers and students, for us to be internationally networked and measure ourselves against the international competition. This is key to Switzerland’s competitiveness and innovation, also enabling this country to actively participate in efforts to address the global challenges our society faces.

Was it hard to bid farewell to America?

You can’t live in a country for more than twenty years, doing one of the most interesting jobs imaginable, without feeling a bit sad to leave. I’m experiencing mixed emotions. But I’m so excited about my new role at UZH, living in Switzerland and Europe, and enjoying “zürcher geschnetzeltes,” that I’m sure I’ll soon be over the sadness!