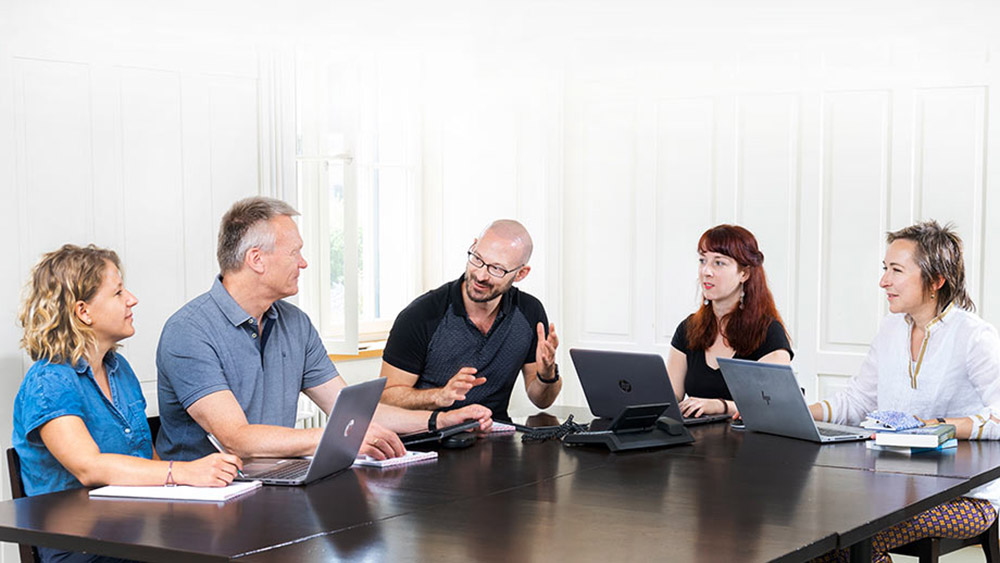 André Hoffmann, a specialist in the Data Services and Open Access office at the Main Library of the University of Zurich, has plenty to keep him occupied at the moment. There’s more demand for his open access expertise than ever. One of the reasons is the Swiss National Science Foundation’s stated aim of publishing the findings of all the projects it funds in digital form, without paywalls, from 2020 onward. In mid-June of this year Matthias Egger, president of the Research Council of the Swiss National Science Foundation (SNSF), communicated that as of now the SNSF will be systematically checking whether researchers are meeting their obligations.

Since then, the inquiries have been piling up, because the rule also applies to UZH researchers funded by the SNSF. “What open access journals can you recommend for my field?” is an example of one question the office is frequently asked. Another is “How can I comply with the embargo periods required by the SNSF?”

Hoffmann has made out a “certain insecurity” among researchers. The SNSF’s rules mean that from 2020, they will have to make their work available to the public within six months of initial publication at the latest, either directly on the journal’s website or in a university repository such as UZH’s ZORA (Zurich Open Repository and Archive). As Hoffmann’s colleague Hanna Bös from the E-Media office explains, the rules also mean that researchers are increasingly having to grapple with authors’ rights and embargo periods. Both agree that with different terms applying to different journals and formats, there’s a huge need for clarification.

On the other hand, the SNSF’s efforts to drive open access forward are completely in tune with UZH’s position. For 10 years already the University of Zurich has been “encouraging” its members to publish their academic work in open access journals. Under university policy, researchers are also obligated to deposit the full text of their publications in ZORA, the UZH repository – regardless of who funded the underlying studies and research. Wilfried Lochbühler, director of the Main Library, also emphasizes the consensus: “Together with the Swiss National Science Foundation and swissuniversities, we fully support the idea of open access.”

A number of forces are currently driving developments in the publishing landscape toward open access. At the Swiss level, swissuniversities is laying down guidelines for all universities and higher education institutions in the National Strategy on Open Access. Internationally there’s massive pressure from Plan S, a coalition of various European research funders urgently calling for the publication of research findings in open access journals from 2021. Unlike the SNSF, Plan S does not envisage embargo periods, meaning that work will have to be made openly available as soon as it is first published. It remains to be seen whether these demands can be enforced. Even though the vast majority agree with the general thrust, the tight deadlines are provoking resistance in some sections of academia. The established scientific journals, whose business model is under direct attack from Plan S, are fighting back.

It isn’t yet clear what form the compromises might ultimately take. “One thing’s for certain,” says Wilfried Lochbühler. “We find ourselves in one of the biggest phases of transformation the academic publication system has ever seen.” This is creating uncertainty, and requires flexibility and a willingness to find practicable solutions on the part of those involved. At the Swiss level, swissuniversities is currently negotiating a flat charge solution with major scientific publishers (see box).

As for the University of Zurich, the Main Library is steadily augmenting the services and information it offers in relation to open access. This includes coffee lectures, introductory courses on open access, and a blog on the latest developments. Together with the SNSF, UZH has also appointed Open Access Ambassadors: Melanie Röthlisberger, Torsten Hothorn and Gilles Kratzer have been nominated to advocate for open access in their community and at UZH and make themselves available to their colleagues for questions. Moreover, an open science delegate or delegate of the Executive Board of the University will shortly take up office to champion the cause. Main Library Director Wilfried Lochbühler is enthusiastic: “Open access is gathering pace. We want to make everyone involved in research at the university aware of the matter and provide them with support.” For the time being there will be plenty to keep André Hoffmann and the team very busy indeed.

To simplify the free availability of academic publications on an open access basis, Swiss universities are negotiating with the three big publishers Elsevier, Springer Nature and Wiley. The goal is to come to a so-called read-and-publish agreement that would replace the current license fees. This agreement would allow access to the entire contents of journals (read) and enable researchers to publish their contributions to these journals on an open access basis. The idea is that the costs would be covered by a flat fee paid by the universities so that researchers wouldn’t have to pay any additional costs of publication.

Led by swissuniversities and UZH President Michael Hengartner in collaboration with the Consortium of Swiss Academic Libraries, negotiations began last year with Springer Nature, and this year will be extended to the two other big publishers. There has been no communication on the progress of the talks, although Wilfried Lochbühler, a member of the negotiating delegation, says he is “cautiously optimistic”. He points to the successful conclusion of similar negotiations in other European countries. In the case of Springer Nature a transitional solution has been found. And in 2019 it’s already been possible to conclude an agreement with the Royal Society of Chemistry, the first read-and-publish deal for Switzerland.

One of the issues the negotiations are likely to hinge on is finances. The universities currently have to pay fees for open access publications in addition to hefty license fees. In the run-up to negotiations the delegation set itself the goal of cost neutrality. An agreement would mark a major step toward open access, as it would lead to a significant increase in the number of articles by Swiss researchers available directly via open access. The three big publishing houses cover around 45 percent of all publications from Switzerland. The negotiations should reach a conclusion by 2020.