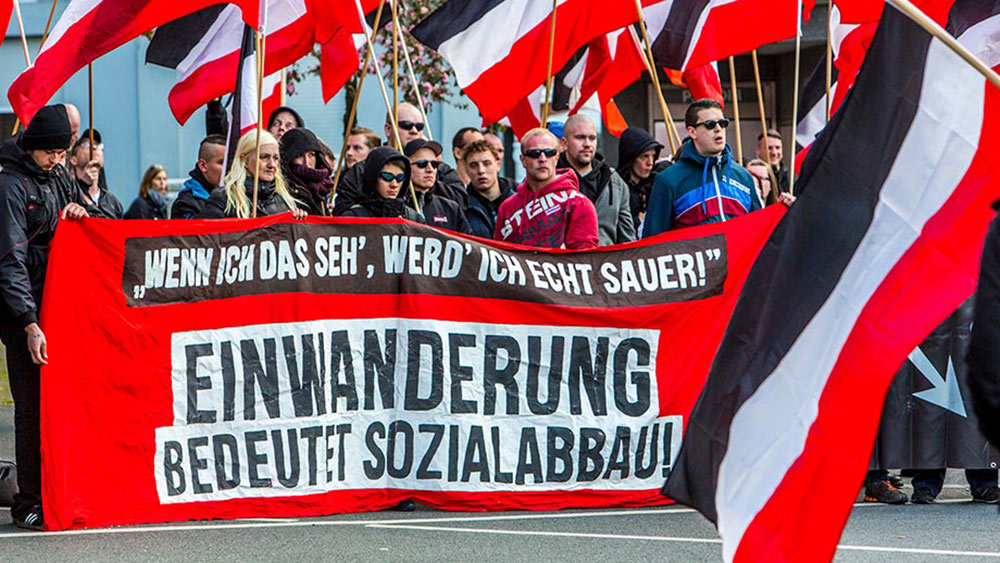 In 2015, 1.3 million people from crisis-stricken countries flocked to western Europe, marking the climax of what will go down in history as the "refugee crisis". Since then, migration has probably been the greatest political, social and ethical challenge for Europe this century. At the same time, the political right wing has amassed support in Europe on a huge scale. It is using every means at its disposal to fight mass immigration and feeds off existential fears triggered by the economic crisis in Europe of 2008.

"We want to find out how negative attitudes towards immigrants arise," says Eldad Davidov. Davidov taught sociology at the University of Zurich until 2016. He then transferred to the University of Cologne but retained a professorship ad personam in Zurich. As UZH representative for a survey project conducted by the European Social Survey ESS (see box), he and other social scientists from other countries have been looking for causes of xenophobia – and ways of reducing it – since 2012.

Xenophobia starts with everyday things, says Davidov, such as the negative effect that a foreign-sounding name or accent can have when a newcomer is looking for an apartment, even when their application documents are just as good as others'.

However, it is difficult to measure xenophobia. As Davidov points out: "If you measure a table, the measurements will still be the same tomorrow. If you measure human attitudes and opinions, the results will be a bit different every day." Individual social behavior is difficult to assess scientifically. "And," Davidov says, "what people say is often not what they think." However, there is undoubtedly a strong connection between personal attitude and personal behavior, and it is this connection that forms the basis for the research that Davidov and his fellow campaigners are conducting in Europe.

The results of the large-scale ESS study so far show that the less contact we have with foreigners and the greater our fear that they will eat us out of house and home, or change our culture, the stronger our opposition to immigration grows. These perceptions are found – strictly according to the study – mainly among people with conservative leanings. Conservative political parties use these types of prejudices for their slogans, as seen on the topic of asylum policy in Switzerland, for example.

However, it is not only individual sentiments that govern people's acceptance and opposition to immigration, but also the characteristics of entire groups – even entire countries. The economic situation of a country, the nature of its migration and integration policies, and also its media coverage can shape the behavior of the entire nation. "European countries differ greatly in terms of acceptance and opposition," says Eldad Davidov.

Favorable examples include Sweden, Norway, and Germany. These countries display the most positive attitudes towards migrants, most likely due to the successful combination of progressive integration policies and a relatively comfortable economic climate, both of which ease people's fears. In Hungary, the Czech Republic and Austria, by contrast, the researchers found the greatest resistance to immigrants, with concerns relating to economic uncertainty playing a key role in Hungary and the Czech Republic. It is not only individual but also collective existential fears that explain why many citizens in Eastern Europe are wary of immigration.

And Switzerland? "According to ESS figures, Switzerland is somewhere in the middle of the Western European countries," says Eldad Davidov. Although on an international scale of comparison our little country is hardly threatened by immigration, Switzerland does not score highly on the Migrant Integration Policy Index MIPEX, an index which measures the severity levels of the respective migration policies. According to MIPEX, this is due to comparatively restricted access to Swiss nationality and inadequate state protection against discrimination.

To those who follow migration policy in Europe, the MIPEX and ESS study findings may not come as a great surprise. On the contrary, they rather sound like self-fulfilling prophecies. Nevertheless, collecting and evaluating scientific data on immigration on a country-specific basis has a wider intention. "We need the results to substantiate general assumptions," explains Davidov. And not least to provide policy-makers with important indicators. After all, with the right signals, governments can change the attitude and behavior of the population in the long term. Positive signals from a government in its policy towards foreigners – for example through laws that promote integration – lead to greater acceptance of immigrants. Greater acceptance leads to more contact, and more contact leads to better integration. "It's about quelling people's fears," says Eldad Davidov. "However, stirring up fear, as right-wing populists do, is of course much easier."

Prejudices and fears are easiest to beat where they barely exist – among children. How do children react to immigrants of the same age? To find out, Eldad Davidov took part in two parallel long-term studies with Swiss and Polish schoolchildren. Over a period of two years, the researchers in Zurich and Warsaw conducted recurring interviews with around 1,000 first to ninth grade children on their attitudes towards minorities. "In contrast to that of the ESS, the study isn't representative," admits Davidov. "But it was difficult enough to be allowed to collect data in schools at all."

With the younger children, the researchers used simple drawings of Muslim and black boys and girls. "Would you like to be their friend?" was one of the questions put to the children, which they could answer on a six-point scale ranging from "yes" to "no". Over the course of the long-term study, the sociologists also observed whether friendships between children had an effect on their original attitude towards foreigners. "At this age, friendships are eminently important," says Davidov, "and the dynamics between what children think and what their friends say are of critical importance."

The Swiss-Polish parallel study is one of the most comprehensive studies on immigration questions. The data has not yet been fully evaluated, but initial results show that – as with adults – a child's basic attitude is either conservative or open and tolerant. And these values apply equally to the relationships between children of different skin colors or religions as they do for adults.

In addition – at least, what the study has shown so far – children are big "influencers": They are both influenced by friends and also influence their friends. What schoolchildren learn from their network, i.e. from their circle of friends, is key to their future behavior towards immigrants, says Eldad Davidov.

As the sociologist sums up: "Once values are formed, they are difficult to change. If at all, then action has to start early. Anyone wanting to learn universal values and to understand foreigners must start at school." Eldad Davidov knows what he is talking about. He grew up in Israel, a country composed mostly of immigrants.

In 2001, British-South African political scientist Sir Roger Jowell and German political scientist Max Kaase launched one of the greatest academic joint projects in Europe. Jowell had campaigned against apartheid while still a student, and Kaase enjoyed good relations with the European Science Fund. The aim was to survey a representative number of citizens in around 30 countries every two years on topical social issues, including their attitudes towards immigrants. While around 80 percent of the questions remain identical, 20 percent are replaced every two years. This enables the ESS to guarantee the comparability of the data and still react to any new developments. The researchers involved in the project form transnational research groups that propose new topics and evaluate the data collected. For instance, in 2014 Eldad Davidov and other social scientists compiled questions for the ESS enabling researchers to find reasons for the fear of immigration and for negative attitudes towards immigrants. The primary aim of the ESS is to use scientific means to document the stability of Europe's social structure and any changes to this stability. To this end, the project compares the results of its data analyses not only on a time axis, but also from country to country. The findings can be used to develop recommendations that can be fed into policy-making channels, for example. The ESS is based in London where it coordinates the activities taking place in the member countries. The project is financed by the participating nations and the EU Commission. The collected data can be viewed on the internet free of charge and used for non-commercial purposes.