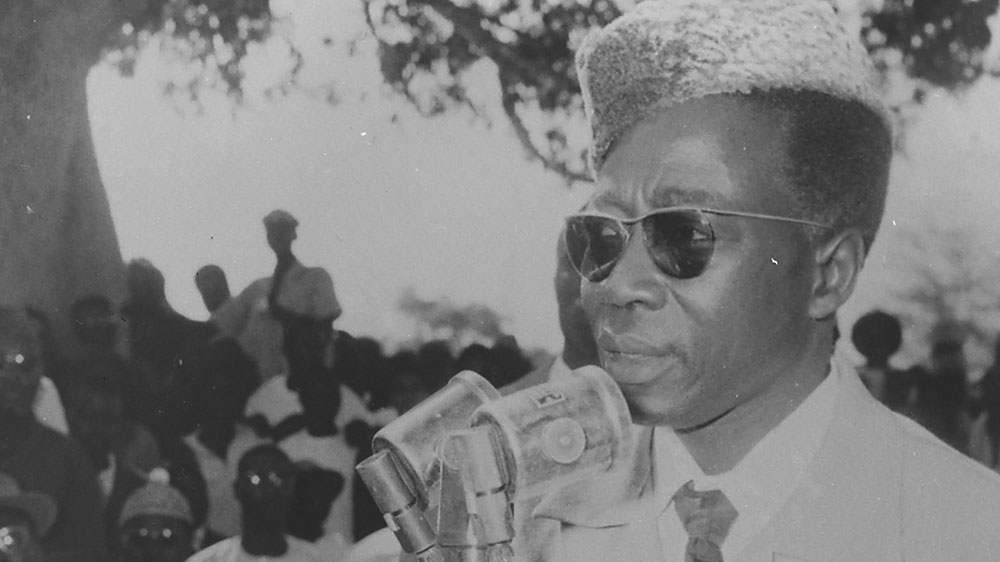 Gesine Krüger, you recently published an article on the online platform Geschichte der Gegenwart about Négritude, a literary and political movement that opposes the exoticization of Africa. What’s it about?

I teach African history, and in my classes I often notice that when students delve into a topic they’re not familiar with, despite their best intentions, the images they have in their minds are still fairly fixed and revolve around hunger, poverty, suffering and war hindering the development of the continent.

Students know very little about the art and culture of precolonial Africa, or colonial-era poets and thinkers, or about the intellectuals, economics scholars and architects of the postcolonial period. In the article, I want to shine a light on Léopold Sédar Senghor and Aimé Césaire, two fascinating writer-politicians who wrote poetry and discussed the liberation of Africa in the cafés of Paris in the 1930s.

What ideas did they put forward?

One of their key ideas was that Africa shouldn’t only be decolonized, but more importantly that the colonial powers themselves should undergo a process of decolonization. They saw this as the basis of a potential new world order, in which France and the former colonies could join together as equals to form an African federated state. Given current postcolonial debates, their concepts are remarkably modern and extremely interesting.

You worked together with other professors at UZH and at other universities to establish the platform Geschichte der Gegenwart. What was the idea behind the project?

I believe – as do the other editors, who by the way aren’t all professors – that academic work needs to make public statements. We want to give our opinions, improve our understanding of current issues and phenomena, and convey our research to the public in a way that is accessible. We don’t see ourselves as competing with journalists, but rather as a kind of feuilleton with a scholarly footing.

Initially the articles on the Geschichte der Gegenwart platform were German, but now some, including yours about Négritude, have been published in English. Why is that?

Our work generally involves a bit of translating. We often translate articles from one language to another, into German for example, or publish an article in two languages or, as with my most recent article, translate an article from German into English. English is without a doubt a global tool of communication and also the language we usually work with. And there are topics that we want to spread beyond the German-speaking world. Plus, we have English-speaking colleagues working in our fields, at UZH too. We want to give them the opportunity to write in their native language.

What drove you to get involved in Geschichte der Gegenwart?

I spent many years working in editorial teams and advisory boards of journals, most recently as managing editor of Historische Anthropologie. I found the new format of Geschichte der Gegenwart intriguing: Texts limited to about 12,000 characters, no footnotes, no technical jargon. And the project was also digital, which means that it would likely reach a wider and different audience – which has turned out to be true.

I particularly like viewing it as a digital text and thinking archive: Individual articles that come together to focus on a specific topic, texts that can be rearranged or regrouped to create associations that might not have been there in the first place. I’ve also heard that instructors sometimes use specific texts in their classes and lectures, which means that the texts have found their way back to university, where most of them originated.

Geschichte der Gegenwart has been online for three years. What has the response been so far?

So far we’ve worked together with over 100 authors to publish more than 200 articles, which have been met with so many and predominantly positive responses that it sometimes also surprises us. But we’re certainly very happy about it.

More than 9,000 people follow us on Facebook, while others get our articles by e-mail twice a week or go directly to our website to read the texts. Many articles are also distributed over Twitter and other channels.

We also get responses from the media: Some print entire articles or thank us for inspiring them, while others want to speak to us directly or report about what we do. Apparently academics coming up with a new type of text is something that’s newsworthy.