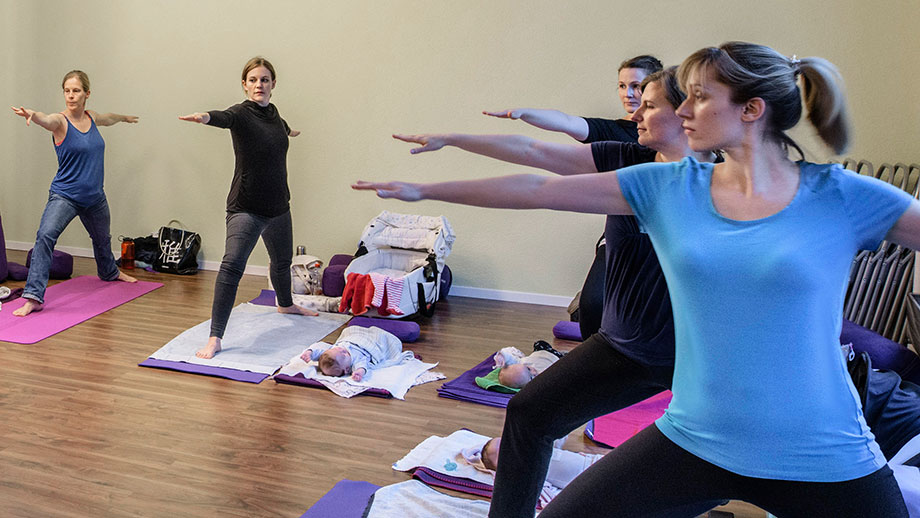 It all started with a few drops of pee whenever she sneezed or laughed out loud. Maria Meiser, age 43, has been suffering from urinary incontinence since the birth of her second child. At first the problem went away again, but it returned a few years later. Now the urine can flow any time when pressure builds up in her abdomen: During exercise or climbing the stairs, or when she gets a fright. The specter of leaking urine hangs over her like a cloud.

Maria Meiser is a made-up character. She stands for an estimated 150,000 women in Switzerland who suffer from stress incontinence – some of them in menopause, but many of them younger. This form of incontinence, which primarily affects women, is the result of a weak pelvic floor, which includes the urethral sphincter muscle. It’s unpleasant for women like Maria Meiser because not only does it restrict them in their everyday activities, but also because they often keep the problem to themselves. They don’t want anyone to see or, worse, smell it. Many wait a long time before consulting a doctor.

Daniel Eberli raises the taboo in the first two sentences when he’s explaining his research project: “Urinary incontinence can seriously impact quality of life. So it’s important to talk about it.” For the last fifteen years or so the professor of regenerative urology at the University of Zurich has been doing research into tissue engineering, a field involving using stem cells to make biological tissue which is then implanted back into the body as a replacement for organs or parts of organs.

The EU’s Horizon 2020 framework program is funding Daniel Eberli’s idea of using tissue engineering to repair pelvic floor tissue in a project coordinated by Eberli’s associate, stem cell specialist Deana Mohr-Haralampieva. The project, which is led by the researchers in Zurich, also involves two companies and universities in Germany and Austria. The scientists have already carried out experiments on animals from mice to pigs to show that the repair works. In early 2019 the treatment will be given to the first human patients with incontinence.

Factors increasing the risk of stress are age, obesity and lack of exercise. The onset of incontinence in younger women is usually related to giving birth – or more precisely, when they give birth vaginally. During childbirth the muscles of the pelvic floor suffer tiny injuries, so-called microtrauma. Nature makes sure these injuries get repaired, with surrounding muscle precursor cells replacing muscle cells that have failed and rebuilding functional muscles.

“These cells are a kind of reservoir for the muscle, forming new muscle cells when needed,” explains Daniel Eberli. But this compensation mechanism doesn’t last a lifetime, as at some point the stem cell reserves are exhausted. This is why the onset of incontinence problems is typically delayed, occurring around a decade after childbirth following a temporary improvement.

Daniel Eberli and his team of seven now want to breathe new life into damaged sphincter muscles. They’re assisted by the calf, using potent stem cells from the one muscle to replace broken ones in the other. To do so the medical researchers remove a piece of muscle around half the size of a sugar cube from the patient’s lower leg. They then select cells that are already sharply differentiated, in other words muscle precursor cells rather than classic all-round stem cells. “They’re no longer able to replace nerves or manufacture bone; they can only become muscles,” explains Daniel Eberli. But the cells aren’t too far differentiated. This way they can still be incorporated into the cell cluster to form functioning muscle fibers.

For the EU incontinence study that launches next spring, 40 women aged between 20 and 60 will first have cells removed from their calf muscles. These cells will be isolated, systematically propagated for four weeks, and then injected into the urethral sphincter muscle in the form of a liquid gel. But merely injecting the muscle precursor cells isn’t enough: Some help is needed for the muscle cells to cluster and for nerve fibers to form in the tissue. To do this the researchers are using neuromuscular electrical stimulation (NMES; see box). This means that in the first few weeks after the injection patients will receive repeated electromagnetic treatments to optimize their chances of healing.

“Existing therapies for stress incontinence really only tackle the symptoms,” says Daniel Eberli. Drugs to improve pelvic floor muscle tone and pelvic floor exercises have only limited success. Standard surgical interventions such as those involving retinacula (supporting bands) to hold the urethra closed often result in complications. “This is why the search for the perfect treatment is so important,” says Eberli. He hopes to see the first results from the EU study in three years. If it’s a success, it will enable a new kind of gentle therapy for stress incontinence – a treatment that could potentially also be offered on an outpatient basis or even prophylactically.

Daniel Eberli’s research into stress incontinence serves as a model for regenerative medicine. “I believe in the potential of stem cells, but it’s a complex area. You have to start out small with simple tissue,” he explains. Now scientists at least know how to cultivate small muscles. That could open the way to other therapies, for example to regenerate sphincter muscle cells in the anus, repair defective vocal cords, or replace eye muscles.

Regenerative medicine faces two challenges when it comes to transplanting stem cells into muscle tissue: Firstly, stem cells fully differentiated into muscle cells decompose if they don’t become active immediately. Secondly, they don’t stay in place. After a certain time they migrate to other parts of the body, where they perish.

Researchers in the EU-funded MUS.I.C (Multisystem Cell Therapy for Improvement of Urinary Continence) project intend to avoid both these problems by stimulating the stem cells electromagnetically following implantation. “These cells have to notice that they’re needed. If they’re stimulated they mature nicely, form good fibers, and don’t move away,” explains Daniel Eberli.

For this reason the subjects of his EU study will come to Zurich for neuromuscular electrical stimulation (NMES) twice a week for six weeks. NMES, which involves sitting on a chair with an electromagnet, is a type of treatment used in physiotherapy to help muscles regenerate.