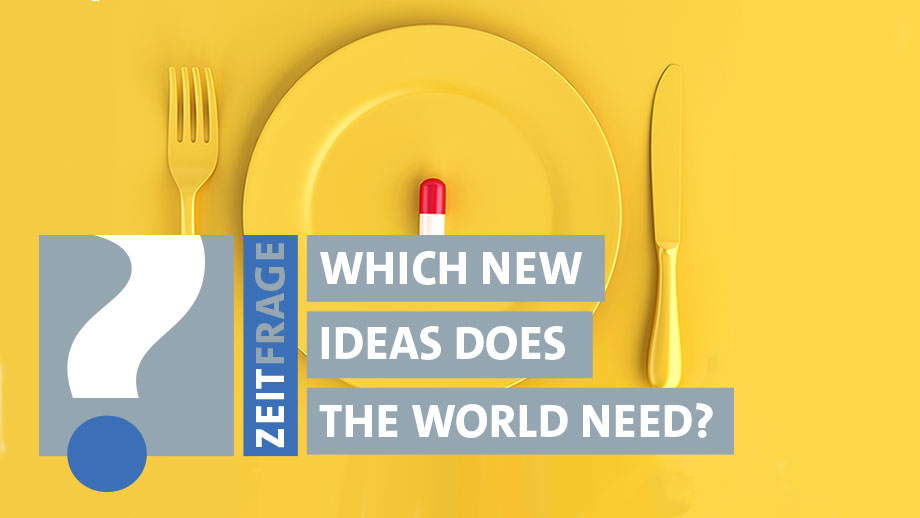 Being obese or overweight is one of the most widespread diseases of the 21st century. Even the Swiss population is becoming fatter: Currently, around 41 percent of adults and 19 percent of young people are overweight. According to the World Health Organization, around 1.9 billion people are overweight, and a further 650 million are obese. A person is classified as obese when their body mass index (BMI) is above 30 kg/m².

These conditions come at a high cost to society. Being overweight or obese is a risk factor for cardiovascular diseases, type 2 diabetes, some types of cancer, respiratory and musculoskeletal problems as well as depression. Treating excess body weight – for instance with lifestyle changes, medicine or even surgery – is a lucrative business. “But also a difficult one,” says Josua Jordi, co-founder of the UZH spin-off EraCal Therapeutics.

Jordi and his business partner Simon Breitler want to put a new appetite suppressant on the market. During their search for potential investors, the young entrepreneurs have often found themselves confronted with certain preconceived notions. For instance, obesity is often regarded as purely a matter of lifestyle. “Overweight people are quickly written off as not having enough willpower,” says Jordi. However, research has shown that being overweight is a chronic disease that can have genetic roots. It is strongly correlated with a person’s level of education and their sociocultural environment.

Weight loss drugs also have a bad reputation, with many having been taken off the market due to causing unwanted side effects.  Rimonabant, once sold under the trade name Acomplia®, is one such drug that had to be withdrawn. It caused psychiatric side effects such as insomnia, anxiety, aggression, depression and even suicidal thoughts. EraCal Therapeutics, therefore, has to prove that its new product is better than the weight-loss drugs that are currently available. Pre-clinical studies have shown that the company is off to a good start.

Jordi has been researching appetite modulators since 2014. During his time as a postdoc at Harvard University, he developed a new strategy for finding psychoactive medicines. Working together with Harvard professor Florian Engert, he tested the effects of around 10,000 psychoactive molecules on more than 100,000 larval zebrafish. The scientists analyzed the feeding behavior of the fish as well as various other behaviors such as how they reacted to light and sounds. This method allowed researchers to filter out known active substances with unwanted side effects right from the beginning. After a considerable number of experiments, they were finally able to pinpoint a few substances that regulated the animals’ appetite and worked in a selective manner.

These promising appetite modulators activated regions of the zebrafish brain that are also present in humans. Jordi then worked together with Thomas Lutz, professor at the UZH Institute of Veterinary Physiology, to test the substances on mice and rats. The most effective of these substances is a new small molecule, which was patented under the name Era-107 by the spin-off founders in 2018.

Compared to appetite suppressants approved in Switzerland such as Orlistat, Lorcaserin, and Liraglutid, Era-107 is much more effective. Mice that were given Era-107 lost at least twice as much weight as mice that were given standard medications. In total, the mice dosed with Era-107 lost 14 percent of their original body weight – a promising result. “To launch a successful anti-obesity drug, we have to show that the new active substance triggers weight loss of at least 10 percent of the initial weight within a twelve-month period,” explains Jordi.

Free of side effects

According to Jordi, the safety profile of Era-107 is better or equally good compared to all the weight loss drugs currently on the market. Orlistat, for instance, has a strong laxative effect and causes stomachaches. Liraglutid can cause nausea, constipation or headaches, while Lorcaserin is known to cause dizziness. “In contrast, Era-107 didn’t cause any side effects in our pre-clinical studies with mice and rats,” says Jordi.

Anti-obesity drugs work in different ways: By reducing the absorption of nutrients in the intestine, boosting metabolism or suppressing feelings of hunger. Era-107 belongs to the third category. It could one day be available as a prescription medication for overweight people with a BMI of 27.5 kg/m² or higher. But there are still many hurdles to clear before this promising appetite suppressant can start helping patients. In the world of drug development, the road from animal model to human trials is a very challenging one.

Currently, the fledgling company is continuing to test the safety of its drug candidate and drawing up plans for clinical studies. Josua Jordi and Simon Breitler are working hand in hand with medicinal chemists and statisticians to this end. Renowned research and business experts are also part of the board of the company and provide sound advice to the founders. “We have the most experienced people on board,” says Jordi, mentioning Ann Kessler, the co-developer of Xenical® for Roche and Henning Böttcher, the discoverer of anti-depressant Viibryd®.

“We are planning to conduct the first human trials of the active substance at the end of 2021. By 2024 we want to show that Era-107 is safe and effective for patients,” he explains. It normally takes 10 to 16 years for a medicine to receive approval. This means that if all clinical studies are successful, Era-107 could go on sale in 2028.

During their journey of founding a spin-off and getting it off the ground, Josua Jordi and Simon Breitler have received support from various funding instruments and continuing education programs as well as a research infrastructure that includes the Therapy Development Accelerator, the UZH Entrepreneur Fellowship, and the UZH Incubator Lab. VentureKick, a private organization dedicated to promoting innovation, has also provided financial support to the company and named it as one of Switzerland’s top start-ups this year.

EraCal Therapeutics is dependent on additional external capital to turn its active substance into a marketable medicine. The company requires CHF 10 million even before the first clinical trials can begin. One million has already been provided by the UZH Foundation Life Sciences Fund and the Novartis Venture Fund. It remains to be seen whether the spin-off will be able to go alone on its journey to drug approval or if it will have to sell its patent to cover the high costs of large-scale clinical trials.

Founded in 2018, EraCal Therapeutics is a spin-off that grew out of research conducted by the University of Zurich and Harvard University. The company is developing a safe and effective anti-obesity pill – innovative research that is supported by UZH’s Research Fund.

In early 2019, the start-up received a CHF 1 million investment from the UZH Foundation’s Life Sciences Fund and the Novartis Venture Fund. Additional support is also provided by the UZH BioEntrepreneur Fellowship and the UZH Therapy Development Accelerator. EraCal Therapeutics is currently using laboratory facilities at the UZH Incubator Lab in Schlieren.