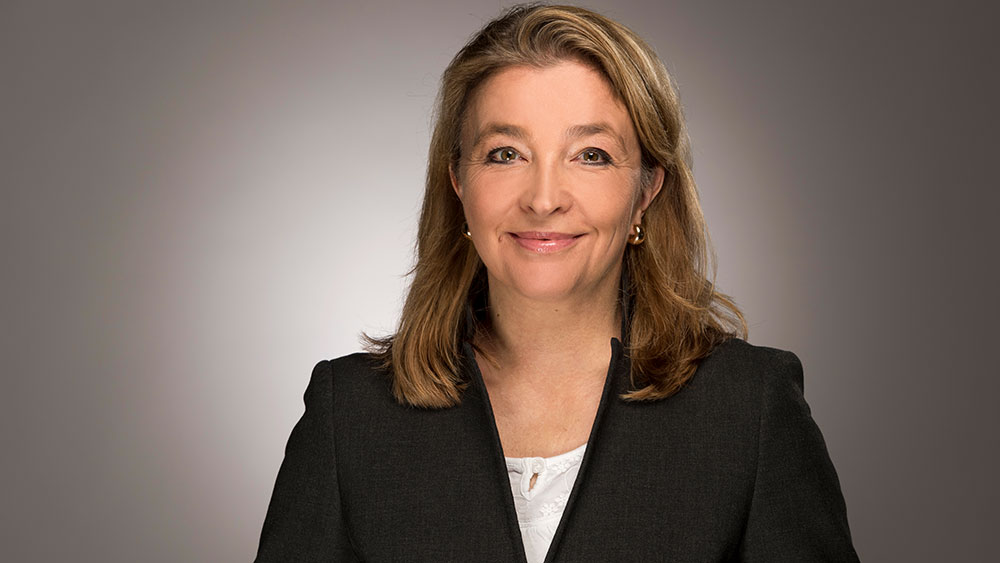 “I’m really looking forward to the institute’s anniversary celebration,” says Barbara Schmid-Federer. The event will take her back to her roots: Almost 30 years ago she herself was a student of Romance studies at UZH. As Zurich-born Schmid-Federer explains, her studies taught her how to think analytically and critically. At the same time it equipped her for her subsequent career in politics. Speaking foreign languages and engaging with the history of foreign literatures, she says, is a great way of getting to know and understand other cultures and ways of thinking.

Schmid-Federer was immersed in French linguistic culture from a very early age. Since her playmates next door spoke only French, like it or not she was well acquainted with the language even before kindergarten. She reckons this must have been one of the reasons she eventually chose to do Romance studies. It was her father, a businessman who worked in many different countries, who aroused her interest in intercultural exchange. “Besides that, I think I have a certain talent for languages,” she confesses.

At UZH she studied French philology, comparative literature, and Spanish literature – the latter after dropping her minor in media studies. “I was a newcomer to Spanish. Basically, I didn’t know the language at all, and had to really knuckle down.” But she admits to having fallen completely in love with the Spanish culture, language and literature. Nevertheless, she says, she was an average student with average grades. Much more importantly, during her studies she was able to explore the world of literature and the subtleties of foreign languages, making some very close friends in the process. She’s still good friends with two Romance studies alumni, one of them professor of literature Ursula Bähler.

Looking back on her studies, Schmid-Federer mentions two highlights: Her exchange semesters at the Sorbonne and the University of Granada, and a research project in the Pyrenees. Here she and a fellow student investigated whether the language spoken in a small village really was an original “Langue d’Oc.” She describes how Professor Jakob Wüest, now professor emeritus, used to drop them off in the morning and pick them up again in the evening. “The people in the village were still living in medieval conditions, and initially didn’t want to talk to women,” says Schmid-Federer. “Before we could interview them, we first had to make ourselves part of their lives.”

Studies as a springboard

Romance studies, she says, opened the door to the first, and most fascinating, job in her career. ETH Zurich was looking for someone with an academic background who spoke good French to work as assistant to its president. It was a job made for her. “I’m a complete all-rounder.” Her academic background was ideal for her next role as well, also at ETH. As head of the Dual Career Advice office, she looked after the families of professors from abroad, introducing them to Zurich and Swiss culture.

French in the National Council

An important milestone in Schmid-Federer’s career was her election to the Swiss National Council in 2007. As the mother of two sons, she had a close interest in family policy. For example, she advocated the protection of young people on the internet, and successfully launched the idea of breastfeeding zones in restaurants and pharmacies in the media. It was during her time as a parliamentarian that she realized just how important her foreign language skills and the broad knowledge she’d gained from her generalist studies were. As committee spokesperson, she was one of the few German-speakers permitted to speak French in the National Council. “Usually that doesn’t go down well with people from French-speaking Switzerland,” she explains. “But if somebody comes along who not only speaks their language, but is also familiar with their culture, it opens many doors.”

In parliament, it also became clear to her who was trained to think critically and who wasn’t. The former National Councilor believes that the growing polarization we’re seeing in both political and social matters has to do with a lack of ability to think flexibly: “People who polarize have a simple world view and a narrow-minded way of thinking.” Those with a background in Romance studies, by contrast, have historical and philosophical awareness and are trained to argue in differentiated terms. These qualities, she said, are needed to make political solutions happen.

Helping the most vulnerable

Isn’t that too many commitments? “In all these roles I’m able to do what motivates me most: Work to help the most vulnerable,” she explains. A year ago she stepped down as National Councilor to be able to concentrate more on her social engagement for the interests of people in need. “In my work for the Red Cross and Pro Juventute, I repeatedly experience at the grass-roots level what the vulnerable really need. Our actions and campaigns are a very quick and efficient way of helping people.” As a parliamentarian, she says, you can only make things happen in small steps.

Apart from that, she explains that it’s a lot easier to get to grips with a variety of boards and offices than serve as a National Councilor. She has more free time than she used to. Among other things, this means that Barbara Schmid-Federer can get more involved as an alumna – for example by explaining to students the value of Romance studies.