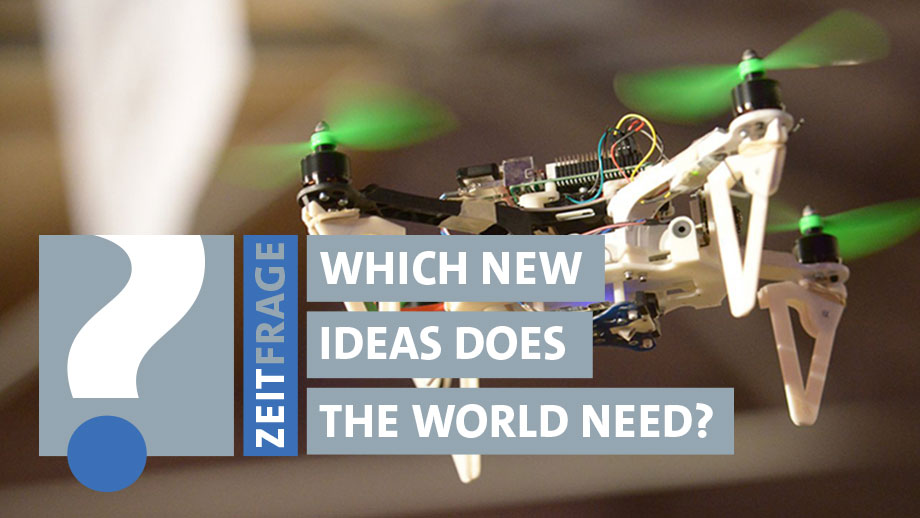 The world’s top drone-racing teams will be rendezvousing in the USA starting in August. A team led by Davide Scaramuzza, a professor of robotics and perception at UZH, is among the qualifiers to compete in the AlphaPilot Innovation Challenge drone racing series. The aim of this international innovation competition is to promote the development of artificial intelligence for racing drones. “I’m thrilled to be able to compete against the world’s most talented drone software developers,” says Prof. Scaramuzza.

A total of 424 teams from 81 countries applied to enter the competition, but only nine of them earned a starting spot. During the qualification heats, contestants underwent, among other things, tests of their software that, by means of artificial intelligence (AI), enables their drones to visualize the race course and to fly their way around it autonomously and without using GPS. From August through November, the nine finalist teams, most of which are affiliated with universities, will compete against each other in four races. The AI drones will also square off against a human-piloted drone as part of the competition.

The software makes the difference

All of the teams involved will each use the same drone model, but will equip it with their own software. The drone hardware consists of high-resolution cameras, a distance and acceleration sensor, and a computer. The high-end quadcopter model optimized for high speed will be supplied to the contestants by the Drone Racing League, which is organizing the drone racing series.

A race consists of multiple laps during which the autonomous racing quadcopters fly through 25 to 30 gates staggered around a roughly 300-meter-long course as fast as possible without skipping or touching any gates and preferably without crashing. The drone that completes the course laps the fastest with the fewest errors earns the most points. The team with the most points at the end of the race series pockets a grand prize of USD 1 million. 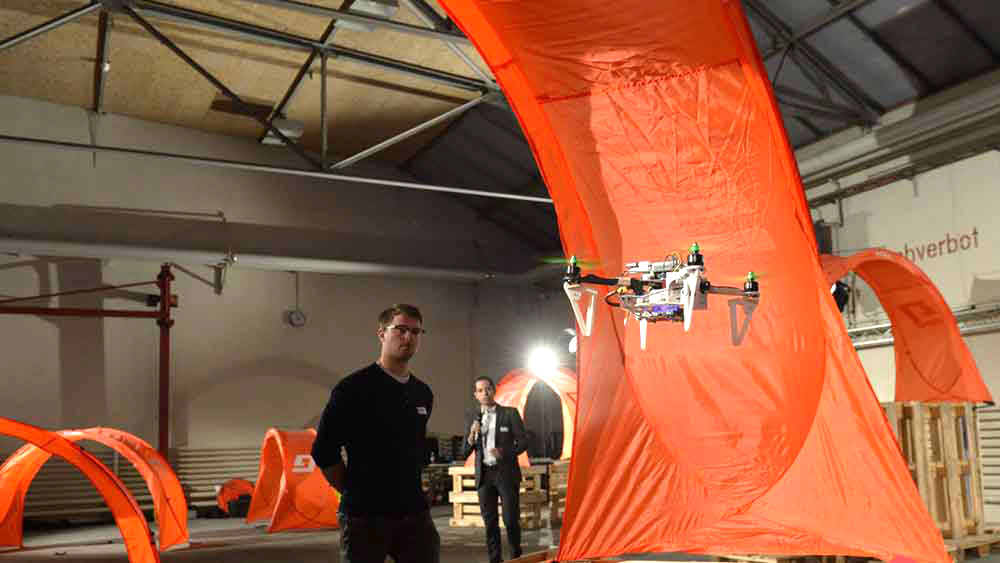 Prof. Scaramuzza, who has been conducting research on autonomous aerial robots for 11 years now, uses cameras to guide his drones. He employs visual-inertial odometry (VIO), a technique that has since been patented by him and which is already being utilized by a number of companies. VIO enables his drones to gauge their own motion based on camera images and acceleration sensor data. Artificial intelligence additionally comes into play during a drone race: A combination of model-based and self-learning algorithms enables the drones to detect gates and to fly around the course in an optimal trajectory. “We have programmed an algorithm that has already detected thousands of gates in a variety of different environments,” explains the drone expert.

The AlphaPilot Challenge isn’t the first drone race in which the Zurich-based professor and his team have competed. Last year they won a drone race in Madrid organized by the International Conference on Intelligent Robots and Systems. What are their odds for the race series in the USA? “Given our very good results in the qualifying rounds, we’re hoping to place well,” he says. But the other teams shouldn’t be underestimated, he adds.

The nine teams will meet for the first time in July to exchange thoughts about the upcoming races. “It will be interesting to discuss the different problems and approaches to solutions,” says Scaramuzza. The Zurich team will continue to fine-tune its algorithms until August and will test them on its aerial robots on a race course in the Switzerland Innovation Park Zurich in Dübendorf.

A drone pilot can fly faster

Scaramuzza gives a somewhat more restrained answer when asked if an autonomous drone will beat the professional drone pilot. “They presumably won’t yet, mainly because humans are still better than drones at perceiving their environment.” The pilot steers his drone around the obstacle course by remote control while wearing virtual-reality goggles. Countless flight hours in the “cockpit” enable him to react intuitively to obstacles and to plan ahead as he flies the drone, allowing him to attain a high airspeed. AI drones, in contrast, have difficulty reacting to unforeseen situations for which they weren’t programmed. Moreover, at very high airspeeds, autonomous drones have trouble calculating their own motion with precision due to the resulting motion blur of the camera images. “That’s why we can’t fly as fast as the drone pilot can. But we hope to close in on him during the race,” Prof. Scaramuzza says in a nutshell. He expects that his drone will fly the races at an average airspeed of around 30 kilometers per hour.

The big prize money, which the robotics professor would invest in his research if his team wins, isn’t the only thing that makes qualifying for the AlphaPilot Challenge worthwhile. Davide Scaramuzza says that taking part in the innovation competition and the ensuing dialogue and exchange of ideas with the other contestants are also eminently interesting for science. “Overcoming such challenges is attractive from a research standpoint, because the knowledge gained can also be put to use for other purposes,” he explains. For example, the algorithms tested in drone races could be used in rescue and recovery operations in which drones navigate in dark, tight spaces without GPS reception.

Regulated use of software

What interests are being pursued by the initiator and sponsor of the race series, US-based arms and technology group Lockheed Martin? Will it receive access to the drone teams’ software, and could it deploy it for military purposes? “We open the results of our research to the public as a matter of principle, but we disclose the source code of our software only to a limited extent,” explains Scaramuzza. Lockheed Martin won’t be given privileged insights. If Lockheed Martin is interested in the source code developed at UZH, under the contractual terms the group would have to license it from the Zurich researchers. Prof. Scaramuzza doesn’t believe it will come to that, though. Lockheed Martin, he says, has a lot more personnel resources than his team of researchers does to advance new technologies. The aim for Lockheed Martin, he says, is to draw in talent, and the group may also be interested in entering into collaborations, he adds. Besides that, the drone racing series serves as a marketing instrument for the group.

The AlphaPilot Challenge initiated by arms and technology group Lockheed Martin is the world’s first innovation competition of its kind. Contestants are challenged to develop software designed to help a drone fly autonomously around a race course. From August through November, nine teams will compete in four races in the USA in locations yet to be revealed. The objective is to fly around the race course as fast and errorlessly as possible. The best-performing team throughout the race series will win a grand prize of USD 1 million sponsored by Lockheed Martin. The first autonomous quadcopter team to beat a professional drone pilot on the race course will take home a prize of USD 250,000. More informationen