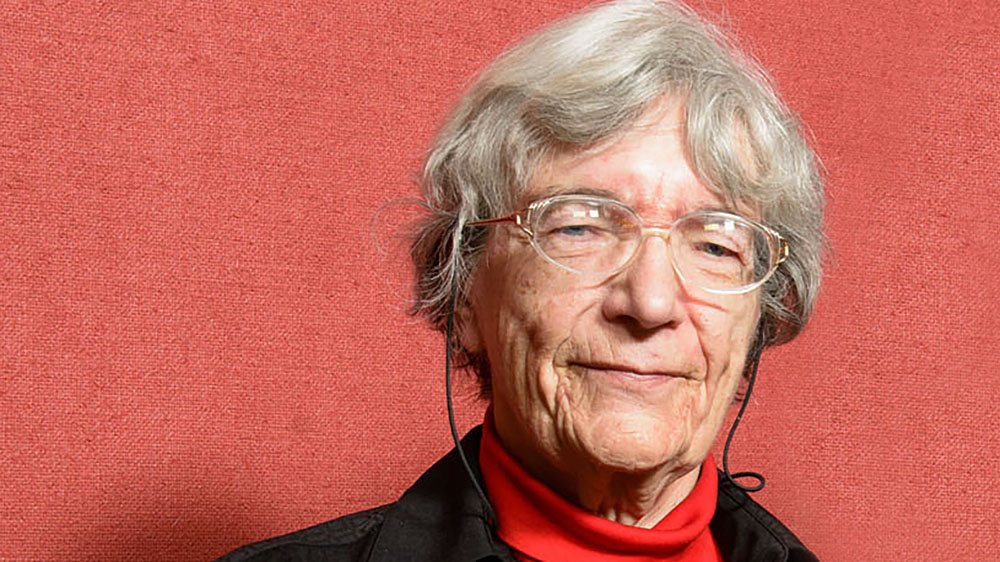 Verena Meyer was the first woman to lead UZH. She continued to maintain an active role in academic politics for many years after her professorial retirement. (Image: Frank Brüderli)

Sixty years ago, during the heyday of nuclear physics research, the young Verena Meyer, who would later go on to become President of the University of Zurich, enrolled to study physics. Physics had become the undisputed leading science of the day – the subject of the future – and Switzerland, wanting to become a nuclear powerhouse, was investing heavily in research. The physics departments at Swiss universities were growing rapidly and Switzerland quickly became an international front runner in nuclear physics.

The opportunities were great for people who showed talent and the willingness to work hard in those early days. Verena Meyer shared in this atmosphere of euphoria – she was a passionate student, and her life revolved around the physics laboratory at the University of Zurich. Despite being the only woman around, she was an integral member of her research group. She did allow herself one distraction – playing cello in the university orchestra. Apart from that, Verena Meyer dedicated herself entirely to her studies.

From medicine to physics

Verena Meyer came from a family of academics. Her father was professor of history at the University of Zurich while her mother was a lawyer who had worked in the Berlin juvenile courts before starting a family. It was taken as read that Verena Meyer would go to university. Her interest lay in the natural sciences, but she chose to study medicine – a more seemly choice for a young woman at that time.

The initial courses in medicine included physics, which was not very popular with the medical students, as it was thought to be particularly difficult. But for Verena Meyer, it was this course that sparked her lifelong interest, and after passing the propaedeutic courses in medicine, she switched to physics.

After that, her academic career was plain sailing. She soon became involved in research, traveling as a postdoc to the USA for two years, where she supervised the building of a particle accelerator commissioned by the University of Zurich. The assignment both strengthened her bond with the Department of Physics in Zurich and enabled her to gain valuable experience abroad. Back in Zurich, in 1963 she became associate professor, before being promoted to full professor of experimental physics five years later. Her area of focus was, inevitably, nuclear physics.

In 1976, Verena Meyer became dean of the Faculty of Science, the first woman at the helm. She went on to serve as President of the University of Zurich from 1982 to 1984, a period that marked a shift in the direction of her career.

Her interest in academic policy deepened during her time in the role, and she soon took on responsibilities at the national level. In the 1980s and ʼ90s, she held key political positions relating to academia: As chairperson of division IV of the Swiss National Science Foundation, she was responsible for national research programs; she then became a member, and subsequently president (until 2000), of the Swiss Science Council (SSC), the Federal Council’s advisory body for matters concerning academic, science, research and technology policy.

Verena Meyer continued to maintain an active role in academic politics for many years after her professorial retirement in 1994, in addition holding positions on the boards of various foundations.