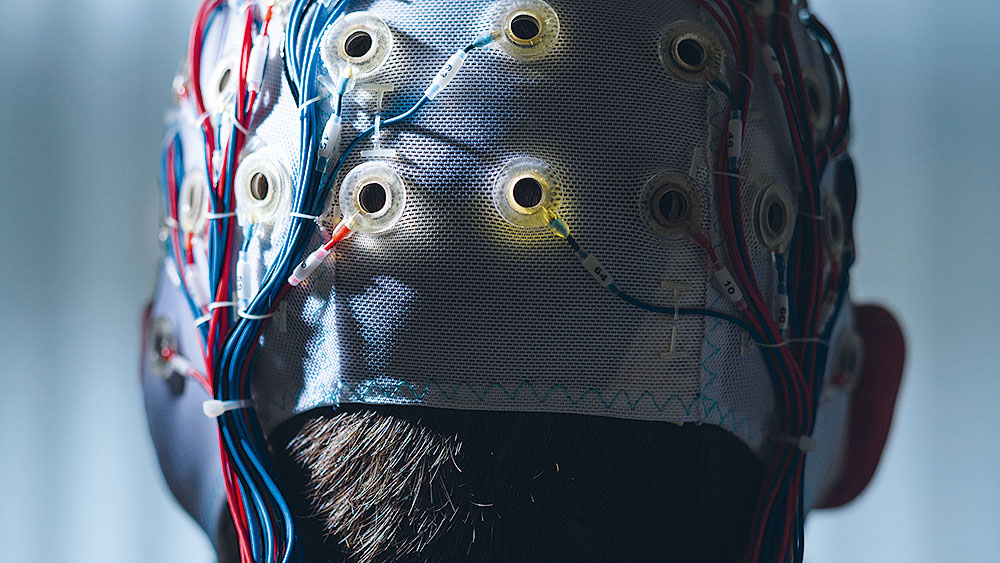 Hirnmessung
Psychiatrists measure brain activity in order to find out more about the risk of relapse in depression. (Picture: Stefan Walter)

Sufferers of depression find themselves caught in a web of negative thoughts, a vicious cycle of self-doubt that affects even the smallest details of their lives. For example, a person decides they will clean their flat on Saturday, but doesn’t completely finish doing it. “I completely screwed up again,” thinks a depressive person. Their self-image suffers, and yet more negative feelings come to the fore. Their inner voice is constantly whispering: “I can’t get anything right, nobody likes me.”

Such thoughts have a fundamental influence on a person’s behavior, emotions, and ultimately their life. But how does the brain decide what to think about? “People with depression think differently than healthy people,” says psychiatrist Quentin Huys of the Translational Neuromodeling Unit (TNU) of the University of Zurich and ETH Zurich. Either something is perfect or it is worthless – cognitive research into depression has shown that depressed people have a black-or-white thinking pattern, with no room for nuance.

Of course healthy people also sometimes have to face the fact that they have failed to achieve an aim. But they don’t then brood over it endlessly. Rather, they recognize that they managed to get three quarters of it done, and that they will manage to do the rest later. And anyway, it doesn’t have major consequences, so actually everything’s okay.

Medication can alleviate the suffering of patients with depression. Anti-depressants mainly influence neuroregulators such as serotonin or noradrenaline (see box) to lift people’s moods and rein in the destructive spiral of negative thinking. In cases of severe depression, anti-depressants are often helpful. However, in mild and moderate cases, medication has not been proven to have any positive effect. In addition, medication may keep symptoms at bay as long as patients keep taking the pills, but there is little evidence to show that it alleviates the causes of depression in the long run, for example by helping the brain recognize the shades of gray around the black and white extremes.

Another problem is that medication is not without side-effects. Possible side-effects include impotence in men, blood pressure problems and weight gain. In older people they can lead to electrolyte disorders, that is an imbalance of the body’s water and sodium content. And even when taking anti-depressants people can have depressive relapses. Worse still: It’s even possible that medication may increase the risk of relapse with long-term use.

Despite the known problems and doubts over their efficacy in mild to moderate cases, anti-depressants are today being prescribed for longer than in the past as physicians err on the side of caution. Depression is very often a chronic illness. Out of 100 people, around 15 to 20 will suffer from depression at some time in their lives. The relapse rate for people who have been depressed before is 50 percent.

Figures from the USA show the most pronounced rise in long-term prescriptions of anti-depressants in recent years. Around 15.5 million people in the country – more than 4.5 percent of the population – have been taking anti-depressants for at least five years, revealed an evaluation of official health data by the New York Times at the beginning of April this year. That’s twice as many as in 2000. The duration of use is also on the rise in Western Europe, although detailed figures are not available for Switzerland. The World Health Organization (WHO) estimates that around 400,000 people in Switzerland are suffering from depression – about five percent of the population.

Doctors certainly mean well when they prescribe anti-depressants for a longer period – after all, depression causes untold suffering. It is the most common cause of people being unable to work or drawing invalidity insurance, and can also be life-threatening due to the high risk of suicide. According to the WHO, it is one of the leading causes of ill health and disability worldwide. But not enough research has yet been done into the long-term use of the medication.

It is not known, for example, whether anti-depressants increase or decrease the relapse rate. “I wouldn’t discourage anyone from taking such medication for depression – however, we cannot exclude the possibility that anti-depressants increase the risk of relapse if they are taken for too long,” says Quentin Huys. It is recommended that medication be discontinued after six to nine months if the depression has lifted, apart from in recurring episodes, in which case longer-term use is advised. 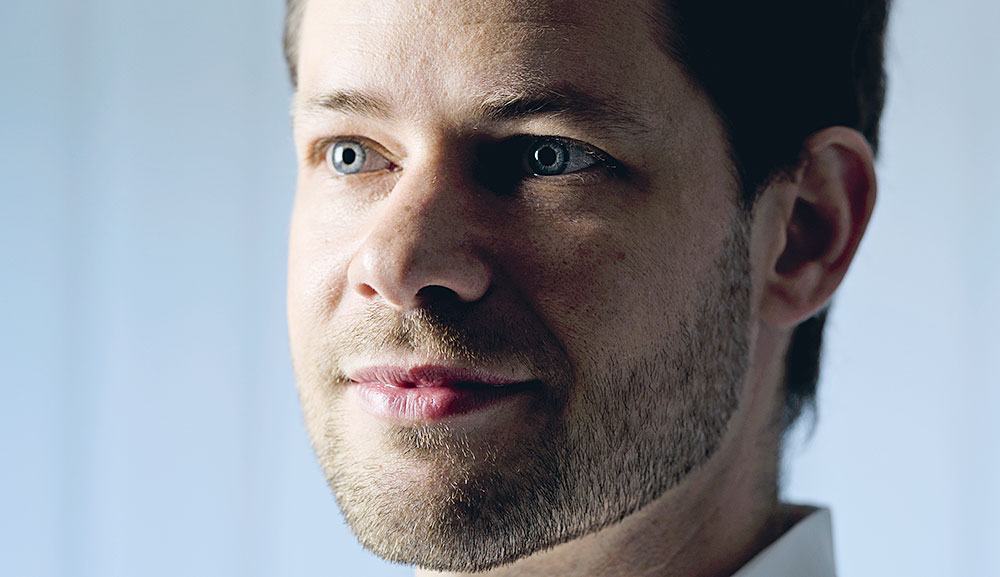 Quentin Huys
“From a long-term point of view, coming off anti-depressants is just as critical as starting them,” says Quentin Huys of the Translational Neuromodeling Unit (TNU) of the University of Zurich and ETH Zurich. (Picture: Stefan Walter)

The question currently concerning research into depression is therefore how long anti-depressants should optimally be used for. And: Which patients can stop taking them and which not? “From a long-term point of view, coming off anti-depressants is just as critical as starting them. However, we know almost nothing about the process,” says Quentin Huys.

It would be helpful to be able to identify those patients who are not at risk of relapse and could stop taking the medication. Huys estimates that this would be around a third of patients. In another third, it is likely that the long-term use of anti-depressants would not prevent a relapse anyway. For both those groups, therefore, prolonged use is pointless.

But how to differentiate these two groups from the remaining third for whom the medication could prevent a new depressive episode? That is exactly what Huys wants to find out with an exploratory study which is supported by the Swiss National Science Foundation. By mid-April this year, his team had collected data from a total of 147 people in Zurich and at the Charité university hospital in Berlin. Their blood and hormone values and their behavior and illness/health before and after discontinuing the anti-depressants were measured.

Most importantly, however, Huys and his team measured the patients’ brain activity. The study participants spent an hour in the test laboratory working on various tasks. For example, they were shown faces with specific emotional expressions on a laptop and had to try to identify whether the face was showing anger, disgust, fear, sadness or happiness. The participants wore caps with 65 electrodes, which registered the activities of the nerve cells in the brain’s cortex using electroencephalography (EEG). Brain activities were also recorded in detail using functional magnetic resonance tomography.

In October, the team will know who has suffered a relapse and can then start to decode the data: How does brain activity in healthy people differ from that in people with depression? What marks out those at risk of relapse from those who are totally cured? Is it possible to make prognoses about long-term progress? Might it even be possible to identify those patients for whom anti-depressants could prevent a relapse? Huys will use the most up-to-date methods of computational psychiatry for his evaluation.

Computational psychiatry uses generative models of brain processes. These models receive the same inputs as the study participants in the test laboratory. The researchers then make adjustments to the models until they behave in the same way as the humans. In this way they can find out what factors have a decisive influence on the progress of a depressive illness.

The aim is to develop a tool that will give clinical psychiatrists information about whether their patients can discontinue their anti-depressant medication without risk. What form such a tool will take is still unknown: In the best case it would be possible to find out such information via a blood test or EEG, but it may be that the more expensive magnetic resonance tomography would be necessary. First, however, the study needs to deliver robust results, then in a second step the methods developed will need to be tested in a randomized clinical study – there’s still a long way to go, concludes Huys.

Serotonin and Synapses – How Anti-Depressants work

Anti-depressants influence neuromodulators, which are a type of messenger substance that help ensure communication within the brain.

It is estimated that the human brain consists of over 100 billion nerve cells, or neurons. They are continuously processing signals and passing the information on to the adjacent neurons via special contact points (synapses). In addition, a neuron releases a specific transmitter substance (neurotransmitter molecules) into the synaptic cleft. From there, the messenger substance moves onto the adjacent neuron, binds to a receptor, and releases an electrical impulse. The cell now knows that the preceding neuron has perceived something. There are dozens of such neurotransmitters, the most common being glutamate, glycine and GABA.

Some neurotransmitters are more powerful than others. They do not work between two adjacent neurons but send a wide-scale signal, hence their name “neuromodulators”. They have the function of regulating neuronal networks, which are important for example for keeping us awake, feelings of excitement, or gratification. Four well-known neuromodulators, often incorrectly also called “happy hormones”, are acetylcholine, dopamine, noradrenaline and serotonin. Neuromodulators are produced in specialized evolutionary older cells in the brainstem. One such nerve cell can influence more than 100,000 synapses at once.

When people have feelings such as helplessness or powerlessness, serotonin plays an important role. One type of anti-depressants often prescribed are therefore selective serotonin reuptake inhibitors (SSRIs), which are supposed to lead to increased serotonin levels in the synaptic cleft. Until now it has not been clear how serotonin influences depression, but it is clear that in many cases of severe depression, SSRIs have proven helpful. In some people a very low dose is enough while others require a higher dosage. However, there are some people for whom the SSRIs have no effect at all. The reason for that is probably that the term depression can encompass a wide range of different conditions.