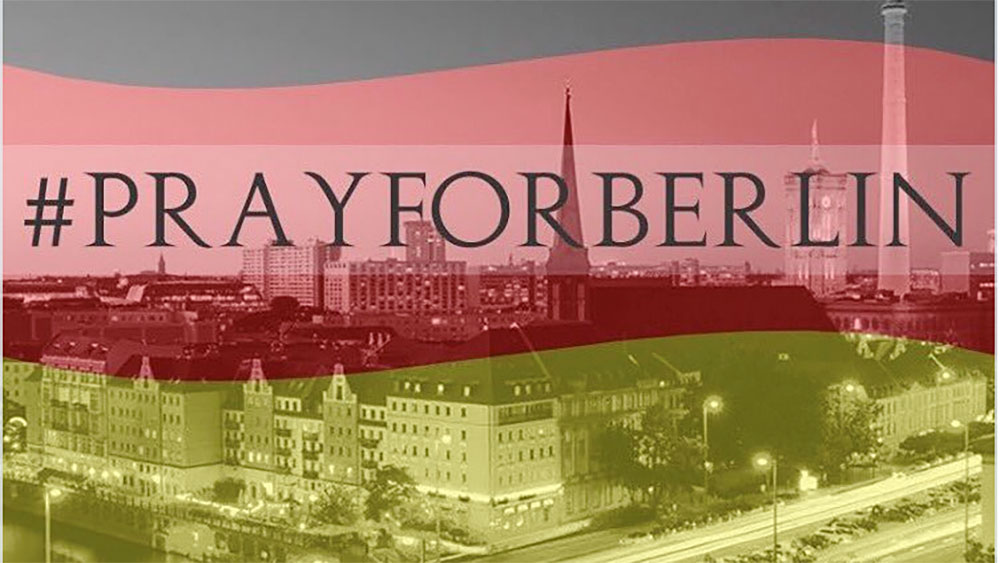 Online Trauer
Social media make new forms of collective mourning possible: This picture was widely shared on Twitter after the terrorist attack in Berlin in December 2016.

Nowadays, when someone in the public eye dies, our newsfeeds are flooded with #RIP hashtags, condolence messages and obituaries. Death and its accompanying mourning has long-since been a staple of internet platforms – there are even virtual cemeteries where you can set up a memorial page, light a virtual candle and write in a condolence book. But the main home of death announcements are the social media platforms such as Facebook, Twitter and Instagram, where deaths are mourned, and condolences offered, using language, pictures and sound.

I am currently conducting research, together with my colleague at the Department of German Studies Christa Dürscheid, into these new forms of digital mourning. Our research focuses on the characteristic linguistic features of online mourning. We are also interested in the effect that the public approach to mourning on the internet is having on our society’s concept of mourning – that is, what we associate with the word and what communicative interactions are deemed appropriate when someone is in mourning (e.g. expressions of condolence).

Beyond the core group

Not so long ago, death, grief and saying goodbye to a loved one were private matters, reserved for the closest family and circle of friends and subject to strict conventions. Such conventions related, for example, to who should be informed about a death, how they should be informed, and the manner and form in which people should give their condolences.

Now, in contrast, death is omnipresent on the internet, and in principle (almost) everyone can take part in the public mourning process. This means that people can express their feelings about the death of someone for whom they would not be part of the core group of mourners in the traditional sense, and who they may not even have known in person.

This has become common practice, and not just for celebrities. Also in the aftermath of tragic events such as terrorist attacks or plane crashes in which many people lose their lives at once, there is an outpouring of grief on the internet in which total strangers express their sympathy for those left behind.

In such contexts, virtual communities of mourners form on the internet – they find each other through hashtags, via memorial websites or on forums for discussing grief – where they console each other or, particularly in cases of traumatic events, give each other courage and support.

This reveals one significant reason behind the use of the internet when grieving: You can share your feelings with people who have similar feelings about the awful thing that has happened – whether they be feelings of grief, fear or anger. There’s often a fine line between these emotions, as can be seen following events with a political dimension (e.g. terrorist attacks), when messages of solidarity are quickly followed by a storm of controversy on social media.

It is hardly surprising that public grieving and mourning often leads to criticism, both from other internet users and in media reporting of the topic: People are accused of “pseudo-solidarity” and of faking concern just to get more “likes” – the most important currency of the social media age.

The core criticism in these discussions is therefore that the expressions of grief that are shared on the internet are not real, that they are just being used for self-promotion. But it is the very participatory nature of the internet, by means of which everyone is invited to join in, which seems to stand in the way of the authenticity of emotional expression that is being demanded. The fact that there are obviously not yet any clear rules for internet grieving makes this novel collective form of mourning a fascinating research topic that is full of potential.