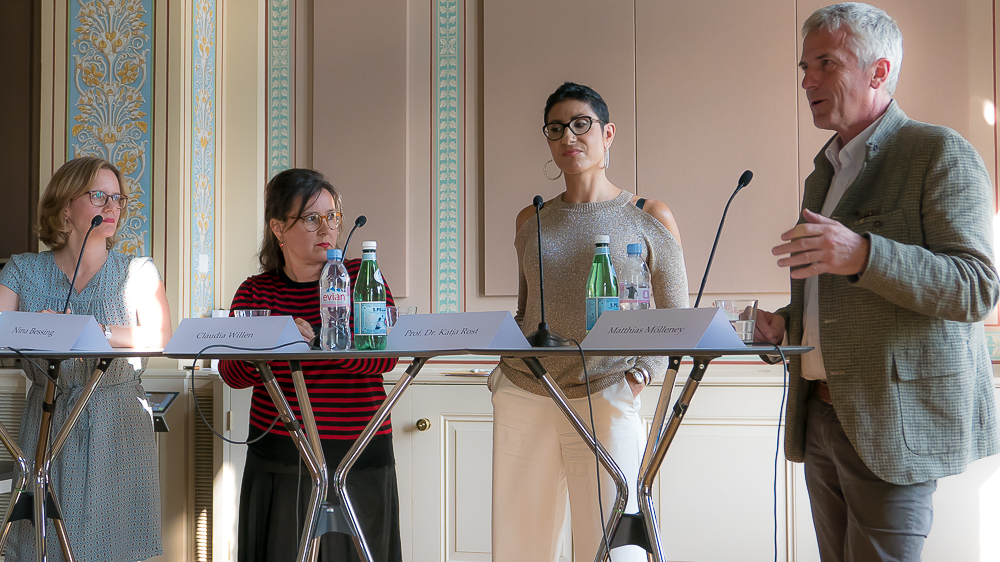 There’s apparently broad interest in flexible working models for professors and leaders and managers at the University of Zurich. Many people, the majority of them women, came to the CHESS talk at the end of May to hear experts’ presentations on co-leadership, job sharing and organizational models for part-time management. All those present agreed that whether you’re chair of a department or an administrative head, it’s possible to do a good job working part time – and that institutions benefit if responsibility is shared by more than one smart individual.

As David Seidl, professor of organization and management at UZH and a member of the CHESS Management Committee, pointed out in his introductory remarks, the best practice example of part-time work in Switzerland is the University of Bern. Claudia Willen, Co-Head of the Office for Gender Equality at the University of Bern, reported on positive experiences with appointing two people to one full-time professorship.

A good example is Lucia Malär and Bettina Nyffenegger, who share an assistant professorship at the Institute of Marketing and Management; or Annette Ringer and Ramona Cerici, who were hired as chiefs of service at the Tiefenau City Hospital and Bern, have since switched to Solothurn, and each work 70 percent to be able to reconcile the needs of the job and family.

The executive board of the University of Bern recognized the need for action back in 2010, explained Claudia Willen. In 2015 it issued guidelines basically making part-time hours possible for any advertised professorship. A fact sheet on putting the guidelines into practice issued by the Office for Gender Equality contains a set of recommendations, and encourages appointment committees to explicitly mention the part-time option in the job ad. Willen explained that applicants stand the best chances of being hired if they come to interview together and present a concept for how they intend to share the job.

She believes the advantages of co-leadership are obvious: Two smart individuals thinking about a problem are more likely to come up with innovative solutions than one person on their own. On the other hand she admitted that there’s a risk that part-time leaders will work way more hours than they should and tend to push themselves too hard. For its part, the Professorships Department at UZH has issued a fact sheet outlining the options for working part-time at professorship level. 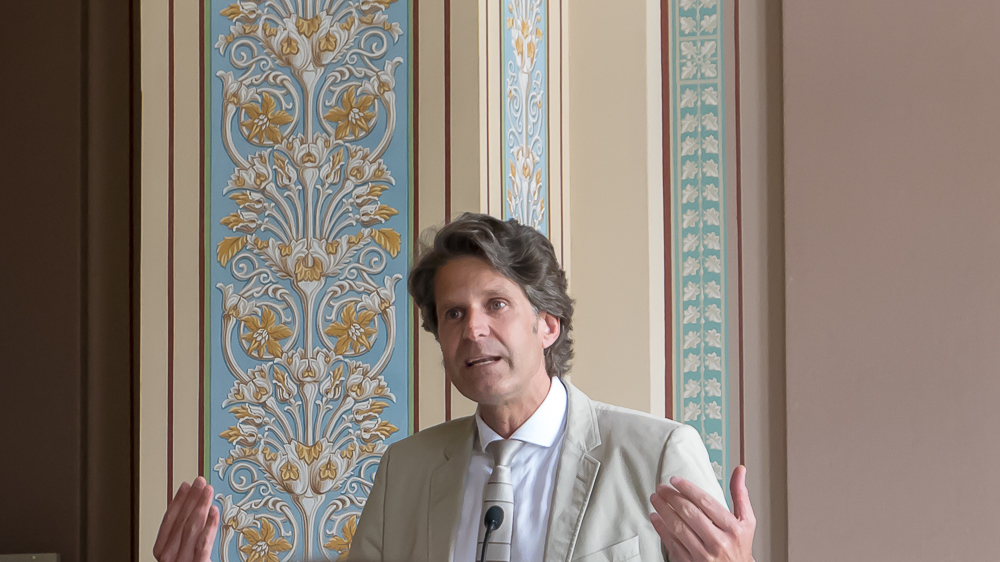 There were some interesting findings presented by Nina Bessing at the EAF Berlin, Diversity in Leadership, from a survey of 793 leaders and managers at large organizations conducted as part of the Flexship project. A clear majority of those polled on job sharing, part-time and working from home said that flexible arrangements resulted in improvements in terms of quality of life, motivation, productivity and creativity.

On the other hand, those surveyed reported a deterioration in terms of career opportunities, people management, collaboration and communications. Bessing saw the main obstacles to the use of flexible working arrangements in a lack of role models and too little support from the top executive level.

The EAF’s study yielded particularly interesting findings for academia, represented in the survey by the Max Planck Society. On the one hand researchers traditionally work on a very flexible basis – in other words all the time, and everywhere. At the same time there is a lack of clearly structured arrangements on offer that would enable the sharing of leadership responsibilities. Bessing explained that the high pressure of expectations and competitiveness prevalent in science make job sharing more difficult, and dissolve the boundaries between people’s work and private lives.

Academic institutions thus both set the pace (in terms of flexibility) and hold back progress (in terms of structures). It’s therefore all the more important to get women into leadership roles, as they work harder for new models enabling a scientific career to be reconciled with the desire to have a family.

Katja Rost, professor of sociology at UZH and a member of the CHESS Management Committee, shared this view, explaining that while universities were actually pioneers in terms of part-time work because reduced hours are so frequent, there has been no satisfactory solution enabling research and teaching to be reconciled with family or leisure. “There’s a lack of binding guidelines on part-time work,” said Rost.

There has been hardly any experience of job sharing in research, and young researchers are deemed not to be competitive if they work part-time. From frequent meetings in the evening to fears of failing to keep pace with research, administrative management work in particular isn’t very attractive for women with a family.

Under the “Chancengleichheit 2017-2020” equal opportunity action plan, CHESS is running a project on new organizational models for part-time leadership and management roles at UZH, led by Beate Böckem. The aim is to find alternative arrangements that make it easier to reconcile work, family and other activities. Rost outlined some potential improvements, for example creating clearer structures for dual or part-time leadership. Temporarily relieving people of research or teaching duties could also help. As part of the project, the idea is to analyze approaches and propose them for implementation.

Matthias Mölleney, Head of the Center for Human Resources Management and Leadership at HWZ Zurich, prophesied an imminent change in values. “In the future we’ll no longer talk in terms of part-time or full-time, but simply in terms of time,” said the HR management expert. He reported on productive changes at a Belgian government department implemented by a manager called Frank van Massenhove, who brought about substantial improvements in job satisfaction and productivity by allowing people flexibility in terms of their hours and place of work, using new (paperless) technologies, and introducing space and leeway for developing new ideas.

Mölleney’s credo for abolishing working hours was taken up in the subsequent discussion at the CHESS talk. There needs to be a new definition of what part and full-time work means. People’s views differed as to whether job sharing at the higher-up levels of an organization entails greater costs. There was, however, agreement that part-time arrangements for leaders and managers are needed – and that change will probably have to come from both below and above, in other words from university management and from those affected.