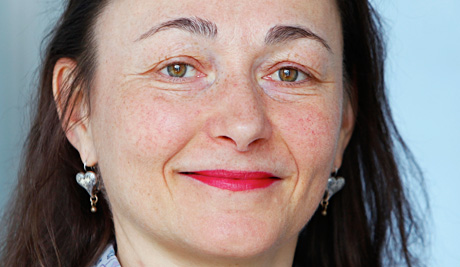 Isabelle Mansuy
Die Neuroepigenetikerin Isabelle Mansuy explores how the effects of trauma are passed down over several generations. (Image: Provided)

Much has been achieved in scientific research since the human genome was first decoded. First it was discovered that genes only make up around one percent of our DNA; the rest was dubbed “junk DNA”. But then it became clear that these junk DNA actually control whether certain genetic switches are switched on or off. Epigeneticists researching these mechanisms then found that environmental factors can also cause the switches to be switched on or off.

Traumatic events, for example, have an effect on the whole body, i.e. on the brain and the organs, but also on the cells in the sperm and eggs that are passed on to offspring. Isabelle Mansuy, professor at the Brain Research Institute of the University of Zurich and ETH Zurich, has now been able to demonstrate that such changes occurring as a result of trauma in infancy are passed on to offspring over four generations via the sperm. “We are currently researching the fifth generation,” says Mansuy. “It looks as though we will also see some symptoms there.”

In large-scale experiments, infant male mice were separated from their mothers at irregular intervals during their first two weeks of life and the mother mice were also subject to stress during the separations. This trauma resulted in mental-health problems in the mice, such as depression or altered risk-taking behavior. The mice were for example less shy in public, were antisocial or performed worse at complex tasks than mice in the control group. The trauma also had a physical effect on the metabolism, leading for example to hypoglycemia (low blood sugar) and other metabolic disturbances.

While depression was no longer detected in the fourth generation (and probably not in the fifth either), risk-taking behavior and hypoglycemia were still clearly observed. “We carried out a smaller study 10 years ago,” says Mansuy. “This new study is much larger with up to 124 mice per cohort and has shown the same results.”

Mansuy also has good news, however: She found that giving the mice a pleasant environment later in life could lessen the symptoms and even switch off the “gene switch” – and the switch effect was then also no longer passed on to the offspring. “We gave the mice running wheels, little houses that they could climb on, and a maze,” says Mansuy. “They could really have a good time.” The team is currently carrying out another large-scale study to find out whether other epigenetic changes can be reversed.

The ribonucleic acids (RNA), as copies of the DNA, carry the DNA’s information out from the cell nucleus. They are the carriers of part of the epigenetic modifications in sperm. It was previously assumed that only short microRNA consisting of 22 to 25 nucleotide chains carried this information.

Together with researchers at the University of Cambridge, Isabelle Mansuy and her team were able to prove that long RNA with over 200 nucleotide chains also pass on information. It became evident from their research that only when short and long RNA were injected together did the offspring show most of the same symptoms as the traumatized fathers. If only long RNA were transferred, increased risk-taking, hypoglycemia and metabolic disturbances were observed, while when only short RNA was transferred, the mice had depression. All this was seen in mice – but what about people? Mansuy says: “There’s no reason why it wouldn’t be true for us too.”