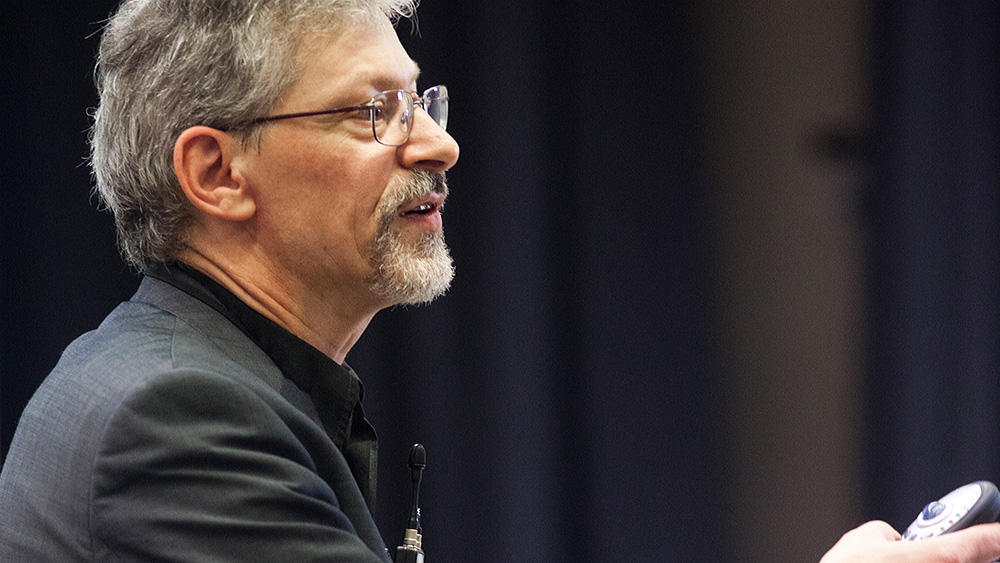 Hans Rudolf Schelling, you experienced the foundation of the Center for Gerontology in 1998 as a member of the Advisory Board, and have been its director since 2003. Why did academia start to take an interest in gerontology in the 1990s?

The center’s foundation in 1998 was the result of the zeitgeist of the time. It was a time when aging-related problems were increasingly discussed. This was due to the demographic development and the fact that the baby boomers would soon reach retirement age. Headlines at the time featured terms like retirement costs, age burden or graying society. The idea of old age had negative connotations as a result of phenomena such as Alzheimer’s, the need for long-term care and traumatization. The Center for Gerontology’s aim was to counter this trend and develop scientific principles for people to grow old with good quality of life.

Did you have the necessary resources to achieve this?

Our beginnings were very modest. We started out with 10,000 francs and a single room. A lot of volunteers, senior citizens who took on some of the administrative work, for example, kept things going. The position of a coordinator, or director, wasn’t approved until later on, and unfortunately, a professorial chair for gerontology wasn’t set up back then.

A parliamentary push for a chair had failed before the Center for Gerontology’s establishment in 1998. Gerontology is a subject that is interdisciplinary and cross-faculty in nature – this was new at the time. People couldn’t imagine setting up a cross-faculty professorial chair that would do research across faculty boundaries. To overcome this obstacle, the then President suggested establishing a cross-faculty center of competence according to an idea of the Zürcher Arbeitskreis für Gerontologie, and this became the Center of Gerontology. The aim was to promote gerontological research, organize lecture series and seminars, provide advice for senior citizens, and reach out to the public.

We included practical input in our research right from the start. We received enquiries from old-age and nursing homes, doctor’s practices and old-age organizations. Many people working with elderly people were looking for research to provide advice for their line of work. We wanted to work together with these professionals right from the beginning and include them and their experience. That’s why they were involved in the research process as equals from the start, and they had a real say in matters.

Today this approach would be described as citizen science.

Yes, it would. We were among the first to do this. And the Center for Gerontology has remained true to its principle of networked research at the cross-section of the arts and social sciences, the natural sciences and medical fields as well as with stakeholders from professional practice. This proximity to gerontological practice has enabled us to come up with recommendations that are based on evidence. Gerontology on a sound footing, so to speak.

You’ve overseen a great number of research projects over the past 20 years. Which one do you remember particularly well?

Many of the questions we received were to do with improving the quality of life of people suffering from dementia. These people are unable to communicate how they’re feeling – at least in the final stages of the disease. Following a number of intervention and evaluation projects, in 2012 we also carried out a national representative survey on behalf of the Swiss association for Alzheimer’s. This so-called dementia barometer provided us with data on the population's knowledge, attitudes and experience with dementia, people with dementia and their family members. At the same time it gave us a starting point for further research projects.

Another series of studies concerned the use of the internet and applications, or apps, in old age. When it comes to developing apps, especially for mobile devices, the question of age-appropriate orientation came up. One of the project’s goals was to provide recommendations for designing apps in a way that is sensitive to the needs of older people. But these are only two examples of the many research projects that were carried out at the Center for Gerontology.

Where does gerontology stand today?

The fundamental questions of gerontology remain as relevant as ever: What does aging actually look like? Why can some people handle the challenges of aging better than others? How can the process of aging be changed, controlled, or optimized? Current demographic changes are adding fuel to this debate, with most of the discussions focusing on the burdens. For example, on the fact that pension funds are drying up, more and more people are requiring care, or that there’s a shortage of nurses, there are more and more dementia sufferers, or the job market will be swept away.

I think we shouldn’t allow these negative aspects to dominate. Our approach to old age and the way we treat older people are also an indication of the cultural and societal level of a society. The challenge remains to seek a structure and rules that afford people of all ages a fair chance to develop; and to do so in an environment where more and more people are living longer lives.

Starting on 26 September on the topic: