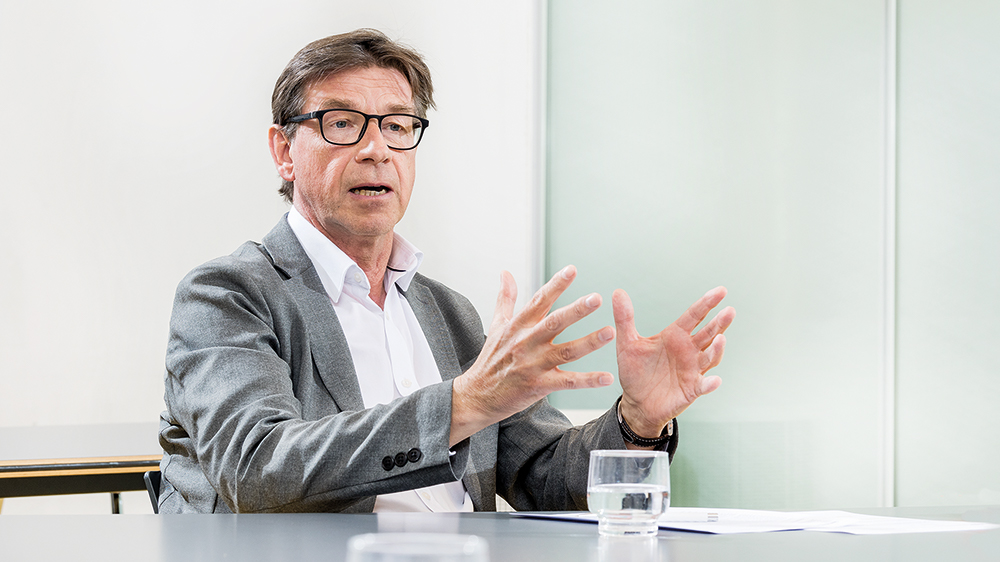 Matthias Egger
“We want to prevent a situation where people get stuck in the non-professorial academic staff for too long and no longer have any prospects”, says President of the National Research Program, Matthias Egger. (Image: Frank Brüderli)

This discussion was held to mark the 50th anniversary of the Association of the Non-Professorial Academic Staff of the University of Zurich (VAUZ). What have been the most obvious changes in terms of the non-professorial academic staff between 1968 and 2018?

Winterberger: I’ve heard it said that back then there were hardly any women on the non-professorial academic staff. The VAUZ was an association of male assistants who had little say and were at the mercy of their professor. Teaching was also the exclusive domain of the professors. That’s how older colleagues describe it, anyway. Assistants weren’t allowed to do their own research during paid working hours.

The status of non-professorial academic staff and the percentage of women have both improved since then, but now there are other problems: In its Multi-Year Program 2017-20, the Swiss National Science Foundation asserts that the universities aren’t in a position to offer the ever-growing number of non-professorial teaching staff adequate career prospects. So the SNSF advocates early independence for young researchers. How is this supposed to happen?

Egger: First I think it’s important to point out that in Switzerland we have very few unemployed academics compared with other countries. So our university system isn’t producing thousands of well-qualified people who can’t then find a job. Sure, not everyone lands their dream position, and many have to bury their hopes of an academic career. But the situation here isn’t catastrophic by any means.

But surely the aim can’t be for there to be a growing number of non-professorial academic staff who get stuck on the academic career ladder?

Egger: True. We at the SNSF see it that way too. So last fall we invited submissions for Eccellenza funding for outstanding researchers pursuing an academic career. It’s available in the form of either professorial fellowships or grants. The grant is designed to create incentives within the universities to set up assistant professorships with tenure track (APTTs). People who have recently achieved a position of this sort at a university can apply. This means that the university pays the salary for the APTT, and the SNSF pays a substantial research grant to enable the assistant professor to set up their own team.

So you want to encourage university managements to create tenure-track assistant professorship jobs so that their people can apply for these grants?

Egger: That’s precisely the goal. The university must promise us that they will hire the person in question on a tenure track basis. But we don’t yet know whether it’ll work.

As a representative of the non-professorial academic staff, what do you have to say to that?

Leysinger: I also think this is a good supportive measure from the SNSF. But I don’t believe it will be enough to solve the problem. In the longer term you’d have to get away from the idea of professorial chains and make the hierarchy a bit flatter, similar to the system in English-speaking countries. If we fund professorships somewhat more modestly in the future, we’ll be able to distribute the funds to more people and create new jobs.

Isn’t the goal of the new SNSF measures to mitigate this issue and promote early independence for young researchers?

Egger: Exactly. We want to prevent a situation where people get stuck in the non-professorial academic staff for too long and no longer have any prospects. And I can assure you that we’re keeping a very close eye on the impact of the new instrument, and will be checking to see whether more APTTs are being created. If this goal isn’t met we’ll have to rethink the whole thing.

I’d like to emphasize that it’s not the role of the SNSF to create jobs at the universities. We’re there to do academic career development and enable early independence so that people can set up their own group.

In the view of the VAUZ, do the SNSF’s efforts go far enough?

Winterberger: It’s hard to answer that question. Something that’s good for the university system of non-professorial academic staff might not have a positive impact in individual cases. 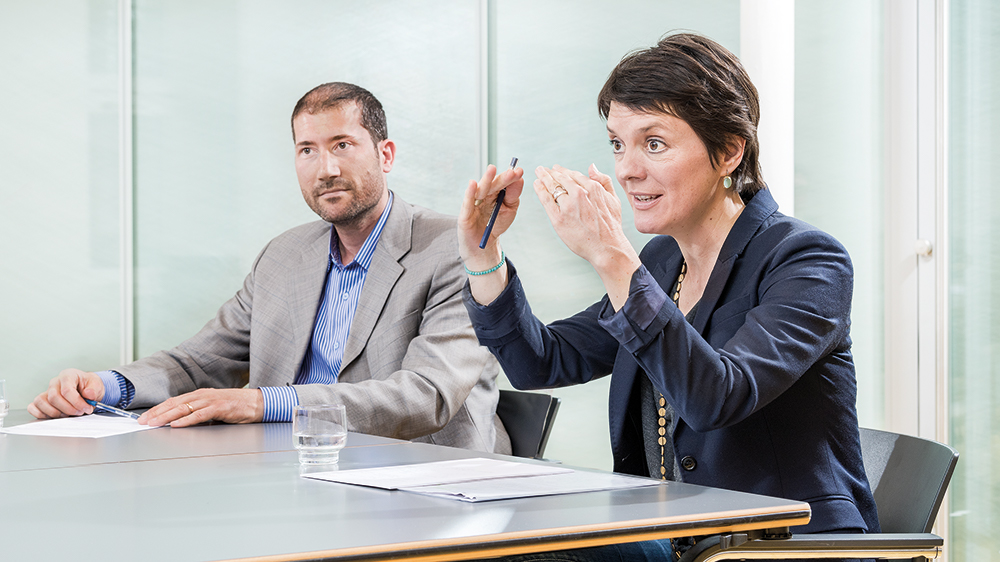 Winterberger Leysinger
Are calling for a change of the system of full professorships: Georg Winterberger, Co-President of the Association of the Non-Professorial Academic Staff (VAUZ) and Claudine Leysinger, General Manager of the UZH Graduate Campus. (Image: Frank Brüderli)

Winterberger: Yes: It’s not only being discussed, but it’s something that many people are calling for. But that will require a structural change to the system of professorial chairs, and it will take time. Even so, people are at least talking about changes to the structure of full professorships at UZH, which means change will come sooner or later.

Leysinger: I would also welcome this kind of change in the system of full professorships. However, I’m less optimistic, and don’t think the chances of it happening are very realistic.

You have insights into the career aspirations of junior researchers. What are their concerns?

Leysinger: Besides permanent jobs, a major concern is mobility. Often a non-professorial academic job comes just when people are considering starting a family, and conflicts with the requirement that researchers be flexible and mobile – i.e. following a postdoc abroad. It becomes practically impossible if both partners are involved in research and are on the non-professorial academic staff. I’d like to see the SNSF placing somewhat less emphasis on the international experience requirement.

Egger: On the basis of my own experience I can say that an extended period abroad can be crucial in career terms. On the other hand, I agree that the strict foreign experience requirement isn’t very useful either. Mobility for the sake of mobility doesn’t make sense. Rather than sticking rigidly to the rules, it’s more important to ask whether the person in question has networked internationally and is involved in collaborations. That’s also possible on shorter stays abroad and from this country.

To give people at doctoral level opportunities for networking and skills that are important for a career outside academia, UZH has set up the Graduate Campus. Are people taking advantage of what it offers?

Leysinger: People value our broad offering very highly and make good use of it. We offer a wide range of opportunities for people to gain qualifications both within and outside their own discipline. We help junior researchers with academic career planning, but we also provide very holistic support to equip people for non-academic careers. I think one of the key roles of the Graduate Campus is to help junior researchers work out where they stand and get a clear idea of their skills and abilities. In other words, it’s also about helping people set the right course early on in their career.

Egger: We very much welcome efforts of this sort. It’s just what universities should be offering in terms of career planning. In this context we should get away from the notion of “academic” careers and talk about “knowledge” or “research” careers instead. It’s possible to pursue your love of knowledge and research at other kinds of institution as well. There’s no shame in continuing your research career outside the university, in industry, or public administration.

Matthias Egger is President of the National Research Program of the Swiss National Science Foundation (SNSF) and Professor of Epidemiology and Public Health at the University of Bern
Claudine Leysinger is General Manager of the UZH Graduate Campus.
Georg Winterberger is Co-President of the Association of the Non-Professorial Academic Staff (VAUZ).