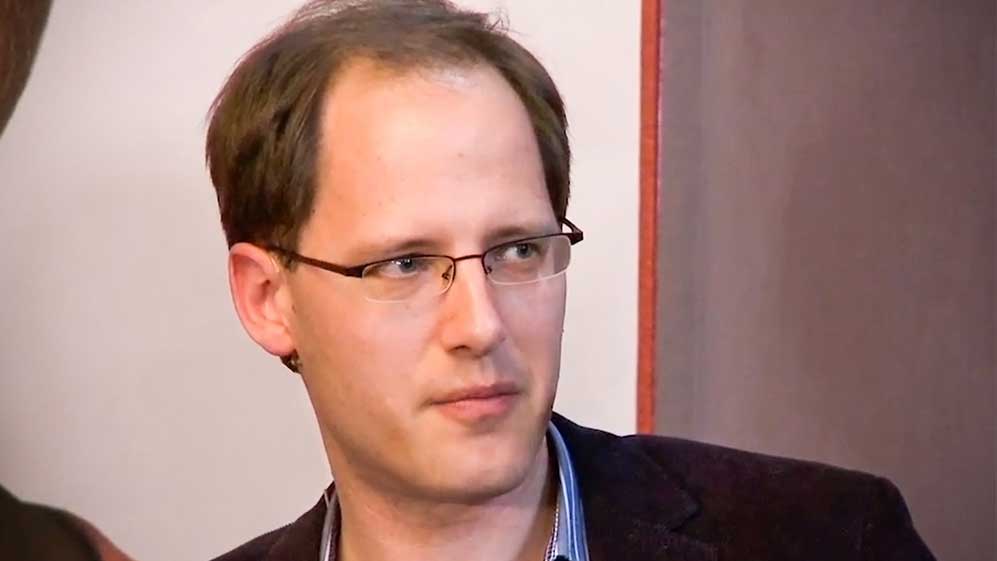 Bernie Madoff has the dubious honor of going down in history as the planet’s first truly global swindler. By the time the FBI arrested the hitherto highly regarded stockbroker in 2008, he had fleeced the clients of his asset management firm with a Ponzi scheme to the tune of around 50 billion US dollars. Around three million people worldwide were directly or indirectly affected. It was the low point – morally speaking, at least – of the financial crisis.

Florian Scheuer was in the US at that time, conducting research at the Massachusetts Institute of Technology into taxation. “The Madoff case, as well as the astronomical incomes on Wall Street and a dull sense of the unfairness of it all, motivated me to examine the system of taxation of high earners,” explains Scheuer. Originally from Germany, he has been full professor of economics in Zurich since early 2017. What makes an optimal taxation policy? When is taxation fair, and when is it unfair? Scheuer looks for the answers from the point of view of economics.

A piece of the pie

“The first question I ask is whether people are making their money at the expense of others,” says Scheuer. In the course of his work he identified three categories of high earners: roughly speaking rip-off merchants, profiteers, and superstars. The first category includes for example CEOs who sit on several boards and grant each other huge compensation packages. “They negotiate their salaries at the expense of productive activities and therefore ultimately at the expense of the economy.” Economists call them “rent seekers”. Instead of working to increase the size of the economic pie, the “rent seekers” help themselves to slices of the current pie. That is unfair – not just from a moral but also from an economic point of view. “In this case,” says Scheuer, “it certainly makes sense to increase taxation on high earners.” By doing so the incentive for engaging in such activities is lowered and financial redistribution means that the wages of those who are productively helping to bake the pie increase.

The second category includes stockbrokers who specialize in high-frequency trading. Thanks to computer algorithms, they are able to react instantly to the slightest price and currency fluctuations and thus generate income. “It’s not even about seconds, it’s nanoseconds,” says Florian Scheuer. High-frequency traders invest in state-of-the-art infrastructure – extra-powerful computers, ultra-fast glass fiber cabling – and rent expensive offices as close as possible to the stock exchange so that the data does not have to travel far.

“All of that brings no benefit to the economy,” says Florian Scheuer. How to put a stop to it then? Tax the profits like those of the CEOs? “That would actually be counterproductive in this case,” warns Scheuer. If you force successful high-frequency traders out of their jobs with high taxes, others would immediately take their place, removing them from the productive market. “Rather than being subject to higher taxes, high-frequency trading should be regulated. For example governments could rule that information from the stock exchange should only be available at one-minute intervals. The economy wouldn’t suffer any consequences.”

The third category is the “superstars”. These are the stand-out top managers – those who, thanks to constantly growing markets and companies, are able to unleash far more pain or gain than managers 20 years ago could (similarly to captains of oil tankers whose ships nowadays transport ten times more oil than in earlier times). The problem: To get to the helm of an industry giant, a manager has to be a few percent better than their rival. But when they are head of the company, they are ten times more productive than their only marginally less-talented manager colleagues who are heading up “ordinary” companies. Is it fair that the ten-times more productive superstar also earns ten times more?

Economically speaking, yes it is, because the superstar’s leverage effect and the impact of their decisions are also ten times greater. Should we then at least tax the superstars to the max and redistribute the money downwards? No, says Florian Scheuer, because maximum taxation would shoot the economy in the foot. In large companies, the leverage effect is also ten times greater in the wrong direction if high taxation causes demotivation and weak leadership at the top management level. “At the end of the day, it affects those at the bottom of the income pile who bear the brunt of the consequences,” says Scheuer. Experience in the USA has shown that the high-earner tax rate that would bring in the most revenue for the state is around 60 percent. If the superstar effect plays a role, however, it should not exceed 40 percent.

Of course that doesn’t mean that superstars pay less tax than lower earners; progressive taxation balances it out. However, it is necessary to set the progression curve in such a way that large companies can still work productively and continue to bring benefit to the economy.

Unfairness, according to Scheuer, is anyway not only linked to wage differences, but mainly to inequality of opportunities. “Most people agree that creating equal opportunities should be one of our primary objectives. What people then make of those opportunities can then be seen as fair or unfair depending on one’s political leanings.” This attitude is also often heard in Switzerland, but actually opportunities here are far from being equal: Statistics show that in this country, people from less well-off families with lower levels of education have lower chances of getting into a high-income profession than do people from similar backgrounds in other countries.