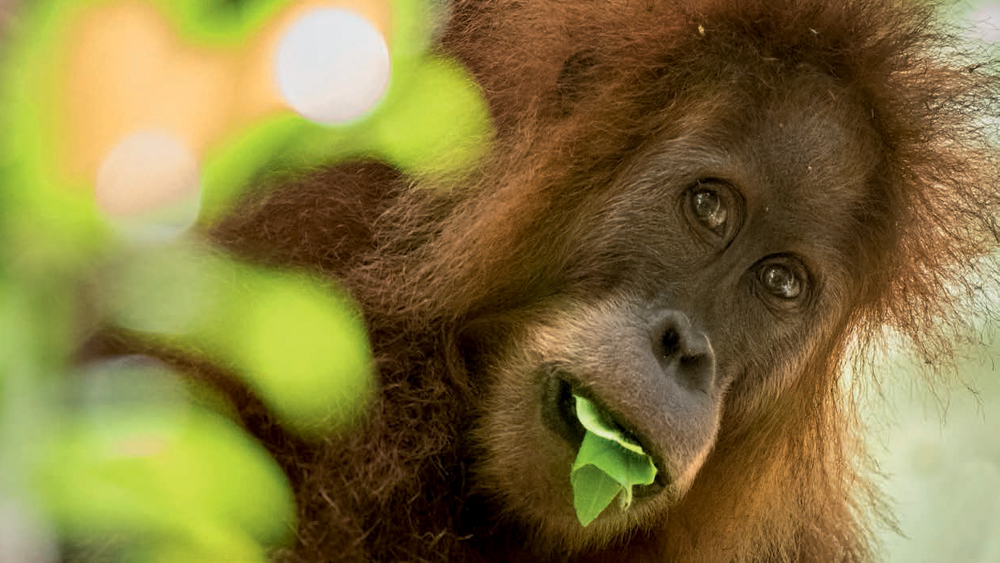 Orang Utan
A sensational discovery garnered the most attention in the media in 2017: a new great ape species, the Tapanuli orangutan. (Image: Maxime Aliaga)

A look at the top 10 media releases published by UZH suggests that research findings make an impact in the media when they touch on people’s lives and stir emotions. Nonetheless, in the past year it wasn’t just the emotional news that made it into the headlines – outstanding academic achievements also made big waves.

Last year, a sensational discovery garnered the most attention in the media. Michael Krützen and his team of UZH anthropologists described a new great ape species, the Tapanuli orangutan. This prompted calls from journalists from the Tagesschau at SRF as well as from the New York Times and the Guardian. The University of Zurich’s media release reached as many as 1.5 billion readers, turning the global spotlight on the orangutans hidden away in the upland forest regions of North Sumatra.

Research findings that focus on differences between genders generally receive widespread attention, as confirmed by the media release that was picked up by the second highest number of outlets. Media from all over the world reported the findings made by UZH neuroeconomists, which resulted in headlines proclaiming women to be more generous than men. Alexander Soutschek and his fellow researchers found out that the female brain reacts more strongly to prosocial behavior than the male brain.

Milo Puhan was awarded the Ig Nobel Prize for his quirky research into how the didgeridoo can help reduce snoring. The UZH epidemiologist took the award with good humor, while the media were more than keen to report the story – it was picked up about 600 times around the globe.

Generosity makes people happier, as revealed by the findings in UZH’s fourth most reported media release. Doing something nice for someone else gives many people a pleasant feeling that behavioral economists refer to as a warm glow. According to UZH neuroeconomist Philippe Tobler, even only a little generosity is enough to increase people’s happiness.

The antibiotic doxycycline could help patients who suffer from post-traumatic stress disorder (PTSD). A study carried out by Dominik Bach from the University Hospital of Psychiatry Zurich revealed that after being administered with the drug, patients’ memories of traumatic events were considerably weaker.

Brushing your teeth helps protect teeth, but whether or not a cavity occurs also depends on the resistance of the tooth enamel. Certain genetic mutations result in enamel defects and make teeth more susceptible to bacteria. The research findings by UZH dental researchers were a big hit in neighboring Germany – more than 80 percent of the news reports were published there.

A media release from the world of astrophysics comes in at number seven. Romain Teyssier and Joachim Stadel succeeded in simulating the formation of the universe.

In one of its headlines, the Schweizerische Depeschenagentur stated that moral behavior can be taught by stimulating the brain – yet another top 10 news item by UZH neuroeconomists. Christian Ruff and Michel Maréchal were able to increase honesty using non-invasive brain stimulation.

161 hits were achieved by the news coming from a team of researchers from the University Hospital of Psychiatry Zurich. The scientists discovered how the perception of meaning changes in the brain under the influence of LSD.

News about the extinction of large fish rounds off the top 10. Over two million years ago, one third of sharks, whales, sea birds, and sea turtles disappeared. Paleontologist Catalina Pimiento discovered that this was mainly caused by these animals’ shrinking habitats rather than the climate. This news was also picked up mostly by international media outlets.

This text was first published in UZH Journal 1/2018

The top 10 UZH media releases received excellent coverage all over the world. 1,433 reports were published in North America, 241 in South America, 512 in Asia, of which 78 in China. 187 and 42 news reports were published in India and Russia, respectively. In Switzerland, UZH’s media releases resulted in 375 reports across print, radio, TV, and online media. Overall, UZH’s top 10 news reached an audience of up to 5 billion people.