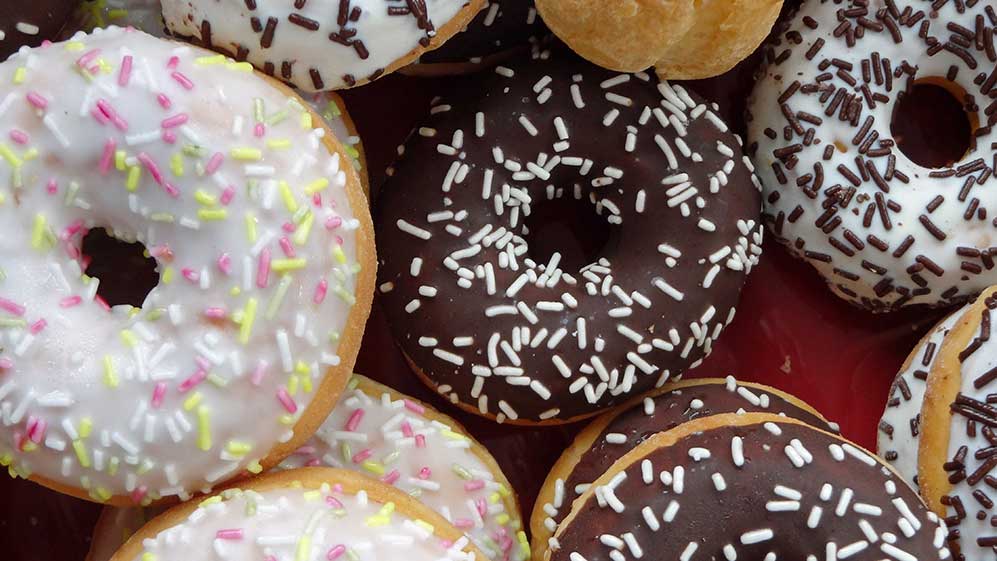 But over the centuries our ideal of beauty has changed. In our climes, the trend has shifted in favor of a lean, well-toned physique. Once celebrated on Baroque canvases, these days overweight people have real disadvantages to contend with. It’s now common knowledge that obesity is unhealthy. Too many kilos around the torso can lead to premature narrowing of the blood vessels, making it harder for blood to get to the heart and brain, which in turn increases the risk of stroke or heart attack. Type 2 diabetes and certain forms of cancer are also more frequent among the overweight and obese.

Every tenth person in Switzerland is obese

Despite this, the number of overweight people has been on the increase since the mid-twentieth century. Prosperity and the permanent availability of cheap food are leading us to consume more calories, while more and more office work coupled with technologies such as cars and elevators is reducing the amount we exercise. In Switzerland around 40 percent of men and 20 percent of women are overweight, and almost one in ten Swiss people is obese. A body mass index (BMI) of between 25 and 30 is deemed to be overweight; a BMI over 30 counts as obese. The BMI expresses a person’s weight in relation to how tall they are.

Obesity doesn’t affect all sections of the population equally. Various studies have shown that people in more disadvantaged sections of society are more likely to be fatter. David Fäh, a preventive medicine specialist and University of Zurich researcher specializing in non-communicable diseases, has been able to confirm the link between income, education, and obesity in various studies. “Obesity is a symbol of social inequality. It makes it measurable,” he explains.

Basically people become overweight when their energy intake exceeds the energy their body consumes over a protracted period; in other words, when they take in more calories than they need. While genes have an influence, what’s inherited is not obesity per se, but the predisposition for an excess of calories to be stored in the form of body fat. This means that it is possible even for people with a genetic predisposition to maintain a normal weight.

However, parents don’t just pass on their genes, but their values and attitudes as well. In other words, children primarily learn their eating and exercise habits, and the physical ideals they strive for, from their parents. Fäh was able to use data from the city of Zurich to demonstrate that overweight and obesity generally begin before children start school, and last their entire childhood. He compared the weights of children when they started school at age six and when they left at age 14. The study found that most children remained in the same weight category. Only one in ten schoolchildren slipped into a higher category, and a mere three per cent went down a bracket. So whether someone becomes overweight or not is decided at a very early age. Fäh’s conclusion is that “obesity is socially inherited.”

Why does belonging to a particular social class determine whether someone becomes overweight? So far scientists haven’t been able to completely resolve this question. It stands to reason that it could have something to do with a lack of financial resources. For one thing, exercise costs money, whether it’s to pay for fitness center membership or to buy a new tennis racket. For another, people who lack financial resources buy cheap foodstuffs, which are generally unhealthy and energy-dense. On the other hand, despite the fact that tap water is free, people with low incomes are especially likely to buy sweetened soft drinks.

The findings of David Fäh’s research suggest that another factor is more decisive: Education. “People who’ve only completed compulsory education are at least three times as likely to become obese than those with a university degree,” says the scientist. And the children of less well-educated parents are three times more likely to be overweight, regardless of their cultural background. While Fäh’s research shows that income also has an influence on obesity, this is because education and income are so closely correlated. Put simply, the ability to develop an awareness of a healthy lifestyle has a decisive influence on our weight. For this reason, Fäh believes that a good, accessible education system is one of the cornerstones of the fight against overweight and obesity.

But he also has concrete strategies in mind. In his view, the onus should increasingly be shifted from consumers to manufacturers. In other words, rather than governments trying to change our behavior, more should be done to ensure that healthier products are available. Research shows that information and education campaigns designed to make people get more exercise or eat more healthily don’t really work. “They don’t reach the people in educationally alienated classes who could benefit.” 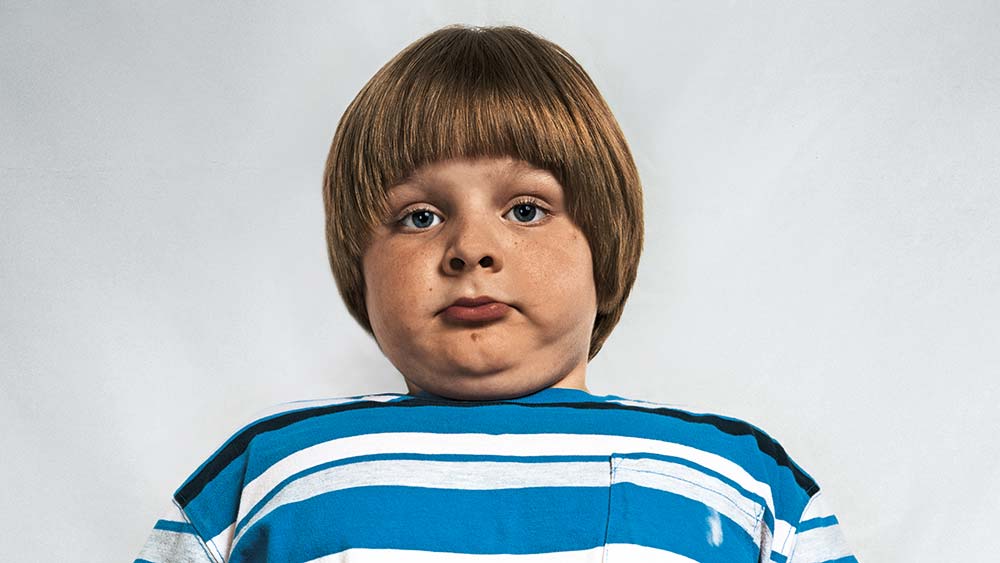 Uebergewicht
Whether someone becomes overweight or not is decided at a very early age. (Picture: James Mollison)

Jamie Oliver and the war on sugar

One way of combating obesity is to reduce the amount of sugar in foods. The idea is that sugar contains huge amounts of empty calories, but has no additional nutritional value. Sugary soft drinks, for example, don’t fill you up, but they do result in surplus calories. Unlike fatty or fried foods, both of which likewise serve as catalysts of obesity, sugar content is also easier to regulate via a product’s recipe.

Many countries are trying out political measures to reduce sugar. In the UK, for example, the popular TV chef Jamie Oliver campaigned for the introduction of a “sugar tax.” His main concern was the health of British children, more and more of whom suffer from type 2 diabetes and bad teeth in addition to obesity. The British Chancellor of the Exchequer did indeed announce a levy on sugary drinks in spring 2016. It’s said that Oliver was so delighted that he immediately jumped on his motorcycle and rode to parliament in Westminster to celebrate. Given only two years to change their recipes, manufacturers were probably less delighted. The tax is to be introduced in 2018.

There are growing calls for a sugar tax on soft drinks in Switzerland too, particularly in the French-speaking part of the country. The government of Canton Vaud is planning a levy on sugary drinks, less in response to the problem of obesity than to the increasing costs of dental care for children and young people, which the new charge is intended to cover. For its part, Canton Neuchâtel has submitted a cantonal initiative at federal level demanding the introduction of a national sugar tax. It’s due to be debated by the two chambers of parliament this year.

There’s disagreement, however, as to whether sugar taxes work. Research in Mexico, where a tax was introduced in 2014, shows that while prices rose 10 percent, consumption declined by only 6 percent. In other words, many consumers would rather pay more than do without. Nutritional scientist Fäh is also skeptical. In his view, the tax would only have an effect in conjunction with subsidies for healthy foods such as fruit and vegetables.

Figures from the federal authorities suggest that we in Switzerland consume too much sugar. Each of us consumes 42 kilos per year, or 120 grams per day. That’s more than double the 50 grams a day recommended by the World Health Organization. Sugar’s reputation as the nutritional bad guy is deserved, which is why there are growing political calls for manufacturers to voluntarily reduce the sugar content of individual products. In an agreement with the Federal Council, in 2015 Swiss manufacturers undertook to gradually modify their recipes for yogurt and müesli.

At present, yogurts contain on average around 9 percent added sugar, and müesli some 17 percent. David Fäh reckons that measures of this sort are promising, pointing to how the salt content of bread has been steadily reduced over the last ten years or so, without any outcry on the part of consumers. Fäh is convinced that “we quickly get used to a lower level of sugar or salt.” For this reason, he believes, voluntary agreements of this sort should be extended to other products, especially sugary drinks.

Fäh envisions another strategy to advance efforts to combat obesity on a political level. It could potentially have the greatest benefits for less well-educated sections of the population. “Advertising and packaging often portray products as being healthier than is actually the case,” explains Fäh. For example, there are products misleadingly described as “sugar-free” or “health snacks,” accompanied by images of fruits, nuts, or milk – ingredients they only contain traces of.

This makes it hard for consumers to keep track in the jungle of labels and avoid falling for the food industry’s advertising. Fäh therefore calls for more stringent guidelines on product labeling and advertising. “Manufacturers should be forced to be more transparent and honest in the way they label food,” he says.