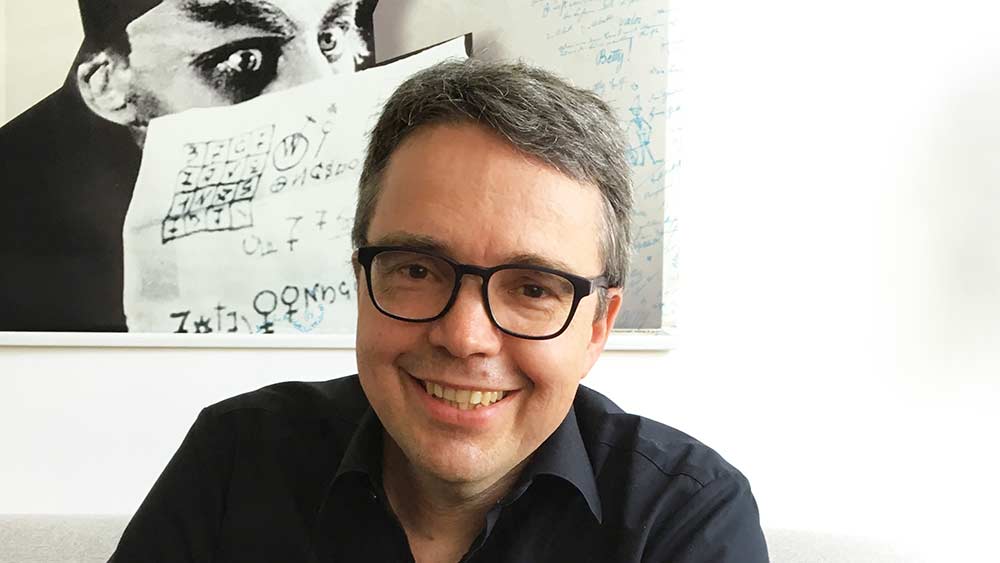 "The problem of credibility is inherent in any medium," German philologist Christian Kiening. (Image: Roger Nickl)

Christian Kiening, as director of the National Center of Competence in Research in Mediality, you spent twelve years studying media in the past. How do you view the current situation?

Christian Kiening:Things have accelerated enormously. Over the course of history, the time it’s taken media to develop – and decay again – has gotten progressively shorter. Parchment, for example, was an incredibly durable material, but these days we don’t even know whether the media we use to record and capture will still work in two years’ time.

What are the implications of this acceleration?

As things speed up it’s creating a lot of uncertainty and insecurity about control. In the Middle Ages, control over what could be said or thought lay in the hands of the select few, for example the monks in the scriptoria of monasteries. Since then the media have become more and more democratic, but also more difficult to gauge. These days it’s often unclear where information comes from and who has put it out there. The process of verifying or authenticating facts has gotten more uncertain. There are various ways of responding to this uncertainty. You can welcome it as proof that we’re living in an age of new possibilities, or you can see it as a problem, a loss of substance – for example in the context of questions of reliability in politics or ethics. It’s clear from the political debate just how our concept of facts is changing.

Is fake news a new phenomenon?

No. The problem has always been around, although not to the current extent. It’s essentially bound up with media. Take the example of relics in medieval times. Relics are media, too. Back then the cult of the saints was very important. It was based on the existence of their physical remains. Since it’s hard to see from knucklebones whose they were, relics were given authenticity tags specifying the saint they belonged to. But people were soon casting doubt on these tags. For example in the twelfth century, skeptics were pointing out that if all the purported remnants of the True Cross were put together, you’d have at least ten of them.

In other words the media and fake news have always gone hand in hand?

The problem of credibility is inherent in any medium. A medium always requires other media to authenticate it. Every time a new medium is introduced – for example photography in the 19th century – the question of authentication pops up again.

To what extent does an awareness of history enable a more accurate analysis of today’s media?

People who work in the media, but also those who study it, often forget the long tradition and historical context in which they stand – media representatives because their main priority is to present current affairs clearly, and media scholars because they focus on the media of the present day. A look at history reveals that things aren’t always as new as you might have thought. Some developments have precursors dating a long way back. And it’s often possible to see much more clearly how media function by examining the past than by looking at the present, where everything seems so new and confusing.

Can you give an example?

We think our culture’s pronounced visual orientation – the fact that we respond much more strongly to images than text – is a more recent development. That’s why people are talking of the end of the Gutenberg era. But even the culture of the Middle Ages wasn’t exclusively text-oriented. In fact it was very rich in images. Manuscripts were embellished with images, the walls of churches, too. People were permanently surrounded by images. The notion that image and text were in competition only emerged later on. When you look at things with an awareness of history you don’t see a linear development from one medium to the next. What you see is waves, shifting dominance, increasing complexity.

Following on from the National Center of Competence in Research in Mediality, you and colleagues from a variety of disciplines have now established the Center for Historical Mediology at UZH. What’s the idea behind it?

It’s no bad thing that the duration of major academic projects such as the National Centers of Competence in Research is limited. But it’s important not to let the momentum they generate fizzle out. The interdisciplinary center, overseen by a board of international representatives, helps us maintain thematic continuity. At the same time we can also explore new avenues and focus on new themes. On the other hand the finances aren’t comparable, and we’re having to trim our expectations accordingly.

We’re planning regular talks and lectures, workshops, and conferences. There will be grant-funded research projects devoted to specific topics such as mediality and temporality. There will also be promotional activities, for example a further development of the Stadtwandelungpodcast. And we’ve launched the medioscopeblog, which is now online.

What’s the blog about?

We want to look at contemporary media phenomena from a historically informed perspective and share them with a broader audience. These could be everyday phenomena, for example graffiti on toilet doors or inscriptions on wafers, or questions of performance (for example the staging of the pope), esthetics, or anthropology (for instance pain as a historical medium), the culture of museums, of film, or theater. For example when Faust is restaged as a ballet at the opera, that’s worth reflecting on. By looking at current phenomena in a historical context we can harness the specific expertise of disciplines in humanities and culture.