This interview was published in UZH Magazin 4/18. 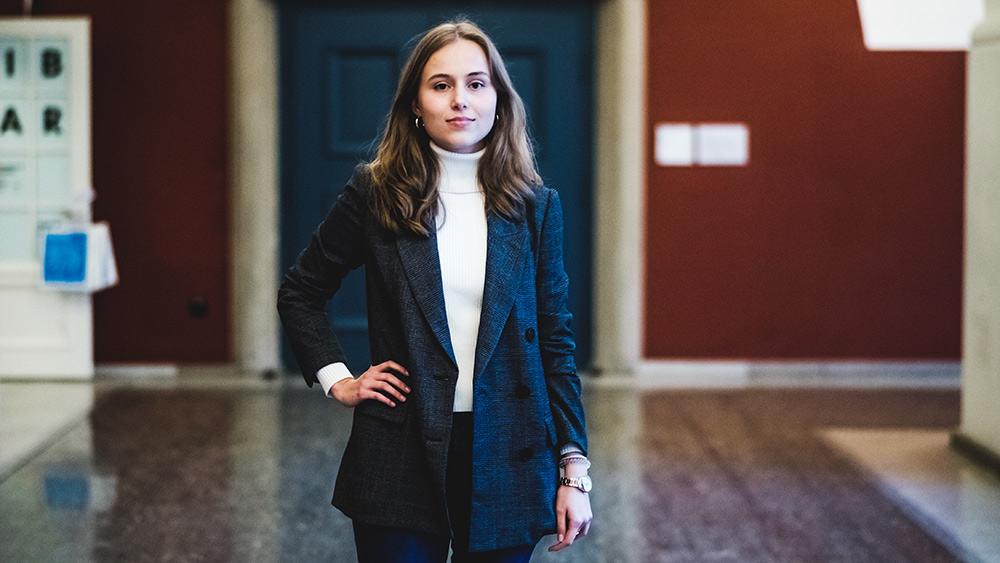 Deborah Häusermann, do you enjoy arguing?

If you do so in a civilized and reasonable way using facts, then yes, I enjoy arguing. There’s a wide variety of matters that are worth arguing over.

People argue very often nowadays, mostly about who’s right and who’s wrong. It seems as if people who want to find the middle ground are few and far between ...

... yes, that’s true. People are less willing to compromise. We’re quick to get worked up about something and end up having emotionally charged discussions that distort a topic. These kinds of arguments aren’t always based on facts, and some even misinterpret them so that they reinforce their own position. It’s a scary thought that this also happens when it comes to policy-making.

In the MUN, students assume the roles of representatives of specific countries to negotiate international topics and crises. One of your recent debates was about the migrant crisis in Venezuela, for example. With discussions about topics like these, don’t you get emotional at some point?

We prepare for the debates by carrying out extensive research that allows us to discuss a topic in all seriousness, and this also involves a great deal of passion and commitment. The aim of our negotiations is to achieve a consensus view and put it to paper. But the discussions can also go on for several weeks, for example if one side simply isn’t willing to compromise, which can be quite nerve-racking. But then we’re all the happier when we can finally go for a drink together after a hard-fought but successful round of discussions.

Are there also funny moments?

Lots of them, actually. Some students enjoy playing the role of dictators. When they spread their obvious propaganda during the meetings, it can be quite comical in a strange kind of way.

Our values are shaped by our culture. Isn’t it difficult to put yourself in the position of a foreign country with values that differ from your own?

That’s the whole point of the MUN: To assume the role of other countries and cultures in order to find out how they form their specific opinions and views. And this isn’t always an easy thing to do. When I recently represented the Philippines, I found it quite difficult to stand in front of a fictional Human Rights Committee and claim that everything was all right in my country and that we respected fundamental rights. On the other hand, Western countries aren’t always beyond reproach when it comes to respecting human rights, either. Maybe we too should get off our high horse.