This Portrait was published in UZH Journal 1/18 (In German). 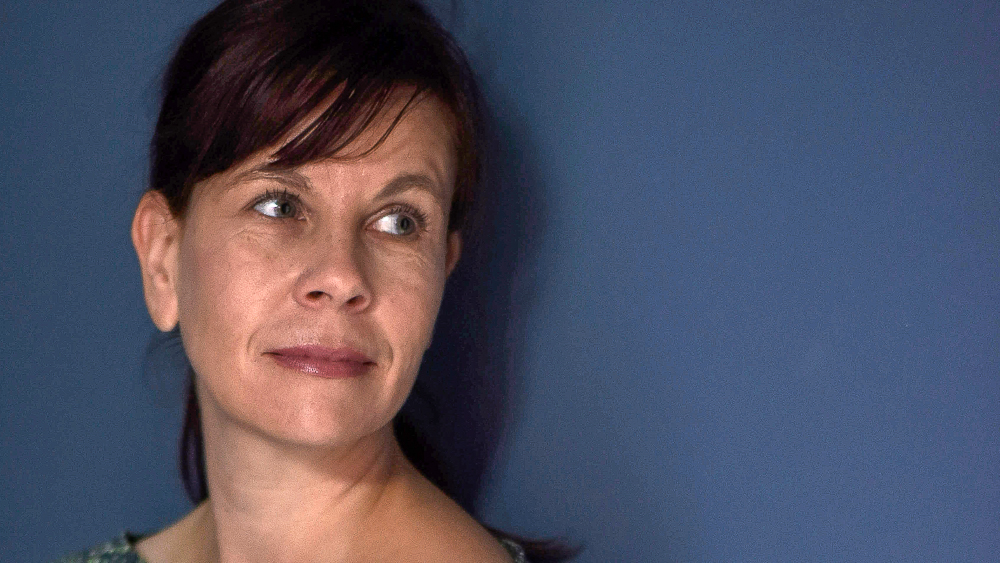 From journalism to art education: Fanni Fetzer looks back on a varied career. (Photo: Tom Haller)

Fanni Fetzer originally wanted to be an artist herself. “I just always loved drawing,” explains the director of the Kunstmuseum Luzern during our visit. In the foundation course at art college however, she quickly realized that her attitude to painting etc. is different from others’. She thinks a lot about the task set, and feels intellectually under-stimulated but technically over-stretched. She ends up submitting an essay instead of a piece of art.

So, no artist’s way for her, but rather an academic career. Fetzer then enrolls at the University of Zurich to study political science and cultural anthropology as well as economic and social history. “I would have liked to study 15 different subjects at once.”

After 17 semesters, she submits her licentiate thesis in cultural anthropology: An oral history project in which she documents the individual life stories and coping strategies of young widows in the context of societal conventions, and presents them from a cultural studies perspective. This method used in history and social science – “getting out and talking to people” – is something Fetzer still enjoys doing today. “I like listening to people.” This attitude helps to keep her grounded in a line of work in which there is a tendency to talk a lot of hot air. In her office, she says, writing “convoluted texts” is forbidden: “There’s no need to quote Lacan and show off your intellectual prowess in every exhibition brochure.” Quite the opposite: “We want to be accessible and appeal to a wide public.”

Fetzer has been director of the art museum in Lucerne since 2011. The museum stages around eight exhibitions a year, of which Fetzer personally curates three, alongside her management responsibilities and cultural-political work. She enjoys the freedom of choosing art that moves her personally.

One example is the fantastical drawings of British author and illustrator Mervyn Peake (1911-1968), known for illustrating in particular the Brothers Grimm’s Household Tales and Lewis Caroll’s Alice in Wonderland. Fanni Fetzer came across these by chance at an exhibition in Northern England. “When we came to the playful illustrations from his pirate story Captain Slaughterboard Drops Anchor, we were immediately sold.” Fetzer displayed the 45 illustrations telling the story of the extraordinary friendship between the pirate captain and a creature living on an idyllic island in the exhibition that ended in January this year, Yellow Creature. Aspekte der Transformation [Yellow Creature. Aspects of Transformation]. The exhibition title comes from the character created by Mervyn Peake in 1936. Peake’s Yellow Creature blurs the distinctions between people, animals, and plants, and between sexes and species. “The Yellow Creature is a totally unconventional character, changing from female to male, from animal to human, and with no discernible age. This creature is a perfect accompaniment to the current debate around transgender issues, helping us explore the ethical, legal and moral categories that are valid for living beings today.”

While the often ambitious temporary exhibitions are conceived so as to confront the public with topics of current relevance, the displays of works from the collection make a contribution to the cultural identity of the region (with a focus on artists from Central Switzerland). “We also offer the opportunity once a year to artists from the cantons around Lake Lucerne to present their work in our annual exhibition.”

The Sea and the Alps

In cooperation with Tate Britain, Fanni Fetzer is currently planning a large exhibition dedicated to the British landscape painter J.M.W. Turner to celebrate the 200th anniversary of the Lucerne Art Society, the museum’s sponsor. The exhibition Turner. Das Meer und die Alpen [Turner. The Sea and the Alps] opening in summer 2019 will bring together a good 100 pieces by the British Romantic. The Kunstmuseum Luzern has a particular connection with Turner, says Fetzer on the choice of artist. The painter traveled several times to Switzerland for inspiration between 1802 and 1844, to Lake Lucerne and Lake Zug, to the city of Lucerne, and across the Gotthard Pass. While Fetzer clearly revels being immersed in Turner’s work, there is one thing that annoys her about working with the artist who died in 1851: “That I can’t go into Turner’s studio and see him working on The Blue Rigi.”