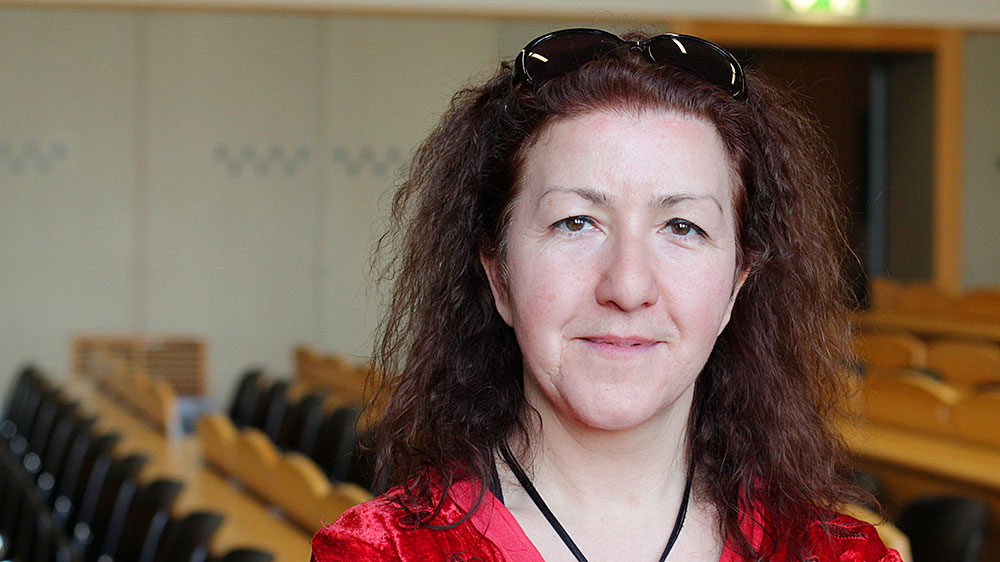 For Ayse Dayi, 11 January 2016 will go down as a day with far-reaching consequences. That was the day the assistant professor of psychology at a private university in Istanbul put her name to a petition entitled “we will not be a party to this crime”. The group Academics for Peace was collecting signatures calling for an end to the heavy deployment of the military and violations of human rights in the Kurdish areas of Turkey and a return to peace negotiations as they were held previously by the government.

A few days later Ayse Dayi lost her job at the university: fired under pressure from the government. But as the Turkish scholar reported this week at an event at the University of Zurich, this was only the beginning of the repression of higher education establishments. Dayi was speaking at the invitation of the UZH Department of International Relations, which is currently organizing a number of events on the issue of migration and refugees (see box).

A day after the petition was launched, she explained, president Recep Tayyip Erdogan labeled the signatories as terrorists and traitors. As a result, the 1,100-plus academics were subjected to house searches, forfeited their fellowships, were threatened at their university, lost their jobs, or were even arrested.

After the attempted coup in July 2016 the situation only got worse. The state of emergency that ensued saw the dismissal of more than 130,000 public service employees, legal proceedings initiated against some of them, and the closure of 15 private universities, as Dayi reported: “A climate of fear and mistrust now prevails at the universities. Students and scholars are spying on each other.” Dayi believes the government’s goal is clear: to cleanse the universities, as well as all other institutions of critical voices.

Leaving Turkey at the end of May 2016, Ayse Dayi spent two months at EHESS in Paris with the French Embassy’s Visiting Researcher Scholarship. She then came to UNIL to start a two-year research position, which was enabled by UNIL’s membership to Scholars at Risk network, the hard work of UNIL international office, Prof Cynthia Krauss and the willingness of UNIL administration to honor their commitment to SAR by funding such a position. Dayi doesn’t know what will happen after the position ends. Her life depends to a large degree on political developments in Turkey.

But she doesn’t want to despair about the situation. There is, she said, solidarity from abroad. For example, there have been statements of support, condemning the limitations of academic freedoms in Turkey from European University Association, French Conference of University Presidents, German Rectors’ Conference as well as a statement by the President of Swiss Universities Micheal Hengartner.

“We have to stay creative, and can’t allow ourselves to lose hope,” said Dayi. This, she added, applied both to those who have fled and those whose passports have been annulled or confiscated with the emergency decrees under the state of emergency and are de facto captives in their own country. As far as creativity is concerned, Solidarity Academies have emerged in various Turkish cities, holding lectures on the streets, in the parks, etc.

Funds have also been established to support scholars who have lost their jobs, backed from abroad by organizations such as Education International, or by crowdfunding campaigns.

Ayse Dayi hopes that more universities in Switzerland will offer posts to Turkish researchers and doctoral students who are under threat – and that bodies such as the Swiss National Science Foundation and SEFRI (Le Secretariat d’Etat a la formation, recherché et à l’innovation) will establish research grants for scholars at risk. According to Rose Anderson, the Acting Director for Protection Services at Scholars at Risk, they have received 550 applications from threatened scholars from Turkey since January 2016, which is more than double the total number of applications they received -- from all countries-- the year prior. Three researchers from Turkey are currently working temporarily in Switzerland, while there are around 100 in Germany and around 50 in France.

Pointing out the limits

Dayi said that the repression of Turkish higher education establishments has already had a major impact. Some universities are indulging in self-censorship, while others have seen their rectors replaced by people close to the government, in some cases appointed by the Turkish president himself. Ayse Dayi mentioned the Academics for Peace call for a boycott of collaboration with such universities, even if this is difficult from the perspective of international cooperation: “Institutions outside Turkey should say clearly that there are limits and that they won’t collaborate with universities of this sort.”

Scholars at Risk, in existence since 1999, is an international network of universities working to protect academic freedom and researchers under threat. The organization provides information and lobbies to raise awareness of human rights violations at universities, organizing temporary positions for scholars under threat at establishments where they can pursue their academic work in safety. The Scholars at Risk network currently encompasses around 480 institutions and organizations. The University of Zurich has been a member since 2015. Areas on which the newly established Swiss section of Scholars at Risk intends to focus include obtaining entry and resident permits and finding funding for temporary posts for academics under threat.

At the same time the UZH Department of International Relations is holding a number of events (Website in German) to raise awareness of the issue. On 29 May there will be a discussion evening on the theme of students at risk. From 26 to 31 May it will also be possible to see “Fluktuation,” an interactive traveling exhibition on refugees and migration, in Irchel Park.