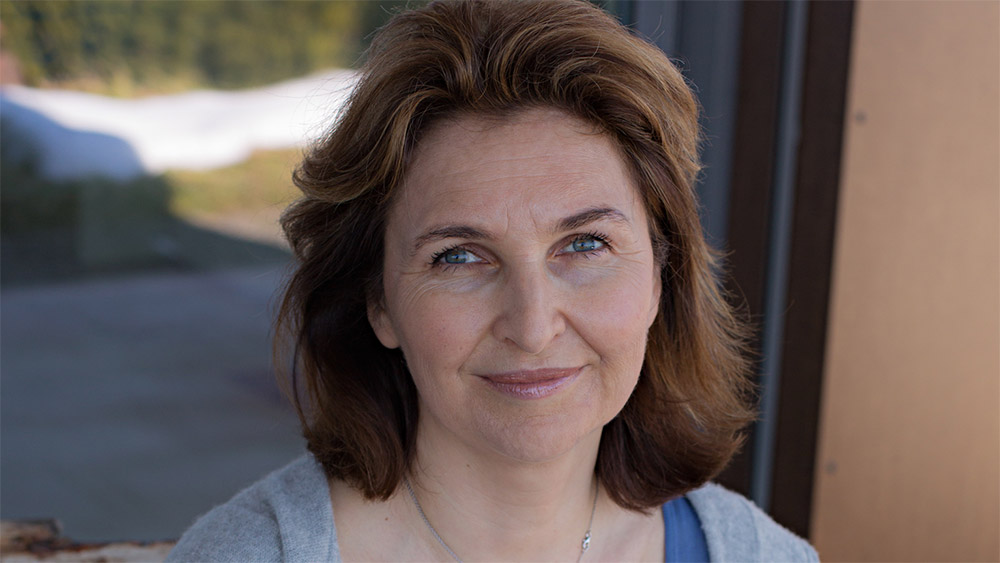 Professor Beliakova, the EGMO is geared specifically to young women. Is segregating the sexes like this really necessary?

Yes, it really is the case that many young women find it easier to develop when among themselves. In mixed groups you often see young men dominate, and young women speak up less often than they would in a female-only setting. In France, for example, there have been high schools with girls-only classes that have produced a large number of highly-gifted female mathematicians. For this reason I try to encourage the formation of specific women’s groups in the first semester at UZH so that they can learn to become more confident. The EGMO is also an incentive for more young female mathematicians to take part in the national qualifying competitions, where the number of women participants is low.

Can anyone who’s good at math take part in the Olympiad?

No, it’s not quite that simple. Besides talent it requires a lot of stamina and hard work. The exam problems don’t just cover school math, so contestants have to prepare specially for these competitions. That requires above-average interest.

Switzerland, which is hosting the competition, has two teams with a total of seven young women. It’s striking that most members of the Swiss delegations have surnames from Eastern Europe or Asia. What does that signify?

I can only speak for the Eastern European participants, but I guess it’s like in tennis: Many of the great Swiss women tennis players have Eastern European roots. To be really good in a particular discipline you need hard work and dedication. In Eastern European culture, parents are used to demanding this dedication from their children. Of course a child must also have talent. But talent isn’t the only thing; hard work is also essential. Remember that olympiads of this sort originated in Eastern Europe.

You’ve long been involved in efforts to promote math, and in 2007 you founded the Junior Euler Society, an organization for young people with a particular interest in mathematics. Why are things like this needed?

Unfortunately gifted students often don’t get what they need, especially from teachers who aren’t so interested in math themselves. That’s a shame, not just for the students themselves, but also in terms of the future of their country. I think a certain amount of cultural change is required to boost the status of math. But that’s not easy to achieve. Many people have got it into their heads that math is difficult, and that being a mathematician just means you’re good at doing sums quickly. But there’s a lot more to mathematics than that. You need imagination, creativity, and vision to be able to model and solve scientific problems mathematically.

The Junior Euler Society is designed to awaken and foster precisely these skills among young people and get them passionate about mathematics. Math is a core competence to be able to do other scientific subjects.

On the subject of science: What’s needed to push the STEM subjects – science, technology, engineering, and mathematics – in general?

It requires a wide range of different measures at different levels. Events such as the EGMO and other science olympiads and competitions for students at all levels are a way of arousing interest and encouraging children and young people to engage with the subject. Of course parents also have a crucial role to play.

But one of the key measures society should be taking is training good teachers. It’s been shown that there’s a strong correlation between STEM skills and the aptitude of teachers. It’s essential to train math teachers who have a mastery of their subject, are passionate about it, and who are able to get students excited about it as well. Here the current system for training secondary teachers falls short. For example a person can teach math even though they failed to get the target math grades in their high school graduation exams and earned only twelve credit points in the subject in their teacher training.

For me these developments reflect worrying tendencies that are weakening the STEM disciplines. I and others are trying to counter these trends to ensure that math gets the attention it merits in teacher training.

The first European Girls’ Mathematical Olympiad (EGMO) took place in Cambridge, UK, in 2012. Since then it has been held in a different country each year. This year Switzerland is hosting the Olympiad for the first time.

From 6 to 12 April, 168 middle school students from 43 countries, some of them outside Europe, are meeting in Zurich to test their algebra, combinatorics, geometry, and number theory skills in two 4.5-hour exams. To reach the Olympiad all the contestants qualified in national math competitions. As the host country, Switzerland is allowed to send two delegations. One team is from Canton Zurich, and the other is made up of young women from the cantons of Geneva, Vaud, and Glarus.

In 2007 Anna Beliakova founded the Junior Euler Society (JES) under the aegis of the Institute of Mathematics and Science Lab at the UZH Faculty of Science. JES works with schools to offer young people at all stages of education with an interest in math the opportunity to get more involved in the subject. The JES sees itself as a complement to regular teaching, so activities take place outside school hours, for example on Sundays. Just as important as the math-related activities is the chance for children and young people with an interest in the subject to meet and share with like-minded peers.