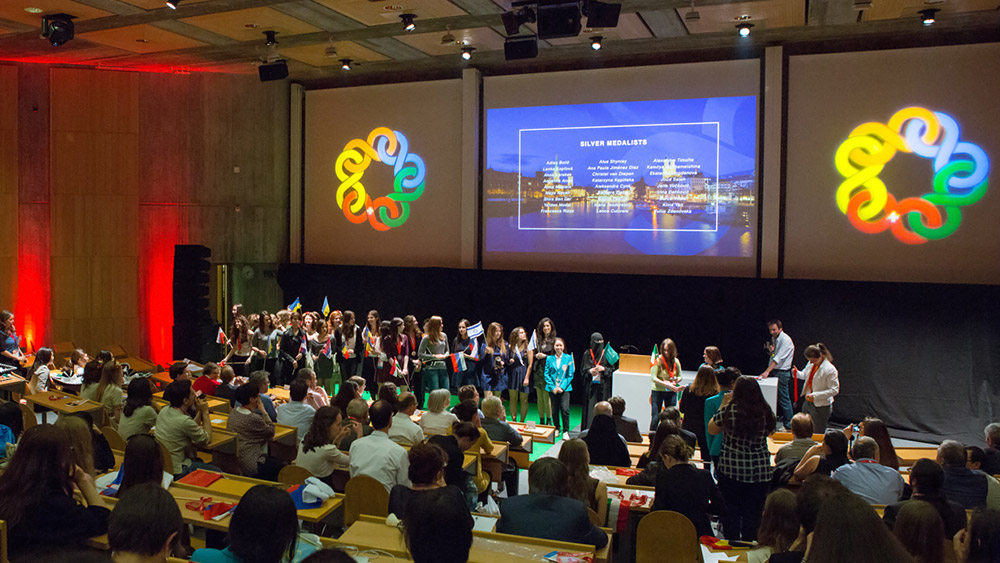 EGMO_1000
Yesterday young women from many different countries were honored at the closing ceremony of the European Girls’ Mathematical Olympiad. (Image: Evelyn Merkli)

Well-trained brains: At the European Girls’ Mathematical Olympiad (EGMO) on 8 and 9 April, 168 middle school students from 43 different countries took on big mathematical challenges. It was no piece of cake. The two four-and-a-half-hour tests demanded serious brainwork and creativity, with participants required to solve problems devised by mathematicians and teachers from all over Europe.

But the Olympiad wasn’t just about math. It was also an opportunity for friendly international exchange, with the young women invited to take part in a comprehensive fringe program of varied activities to enable them to experience Switzerland and Zurich up close. There was also a podium discussion where they got to hear female mathematicians talk about their careers. Participants were able to make friends with people from all over the world and get to know mathematics as a possible career option.

At yesterday’s prize ceremony on the Irchel Campus, the young women were rewarded for their intellectual efforts with medals – 16 gold, 27 silver, and 43 bronze – presented to 86 talented young mathematicians.  An additional 44 of them received an honorable mention.

There were also Swiss among the winners, with bronze medals going to Yuxi Zheng from Hedingen, Natalie Bäbler from Elm, and Ivana Klasovita from Aeugst am Albis. Honorable mentions went to Yunshu Ouang from Grand Saconnex and Viera Klasovita from Aeugst am Albis. Nicole Ospelt from Vaduz received an honorable mention for the Liechtenstein delegation. The maximum possible number of points was earned by two young women from Ukraine and the United States.

"It’s been a great honor to host the EGMO and promote young math talent," said UZH President Michael Hengartner. He congratulated everyone who had taken part and had words of consolation for all those who had gone away from the award ceremony empty-handed: "Every single one of you has proven your courage, potential, and intellect."

Hengartner said he would be delighted to welcome these young women as students at UZH and said he would like to see many more women in science, technology, engineering, and math to create greater diversity in these fields: "UZH believes in mutual exchange, and sees diversity as a great source of creativity and innovation." Events such as the EGMO, he said, were an opportunity for "gifted young women to recognize their talent and develop it further."

Dr. Silvia Steiner, Head of Canton Zurich's Department of Education, was also very happy about the event:  "Zurich's a global center of higher education and research, and I’m very proud that this year’s Olympiad took place here." She commended participants on their fantastic intellectual performances, and hoped they'd also enjoyed themselves. "Having fun is really motivating," she said. 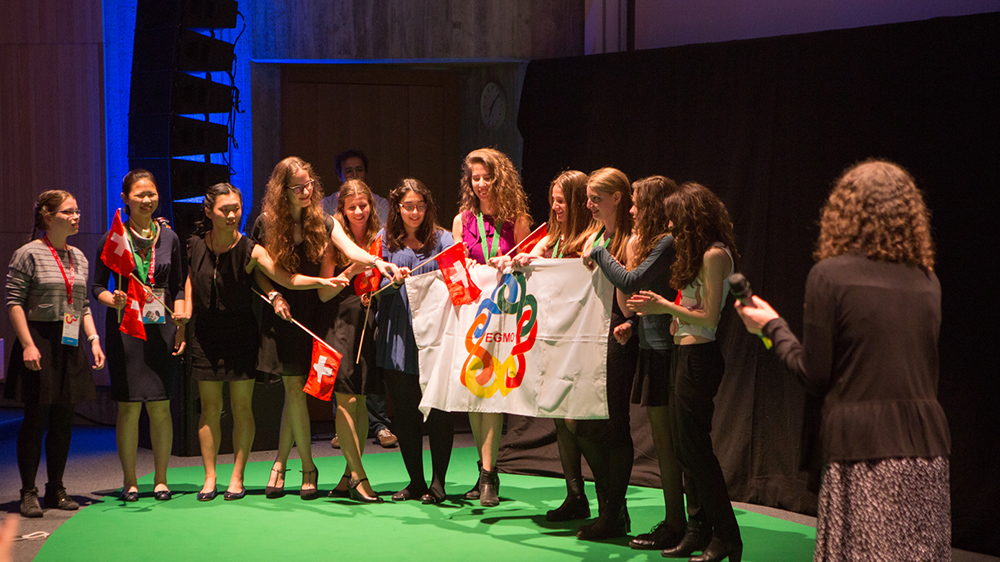 EGMO2
The Swiss and Italian EGMO delegations: Next year, the math olympiad will be held in Italy. (Image: Evelyn Merkli)

Voluntary efforts in the service of math

Hengartner also expressed thanks to imosuisse, the association that organized the EGMO. Andreas Bärtschi, a member of the imosuisse executive who headed the organizational committee for the 2017 EGMO, explained that the City of Zurich had applied to host the Olympiad back in 2014. He said he was moved by the great atmosphere among participants and the team of helpers. "Around 100 volunteers put in a lot of hard work to make sure the event ran smoothly," said Bärtschi.