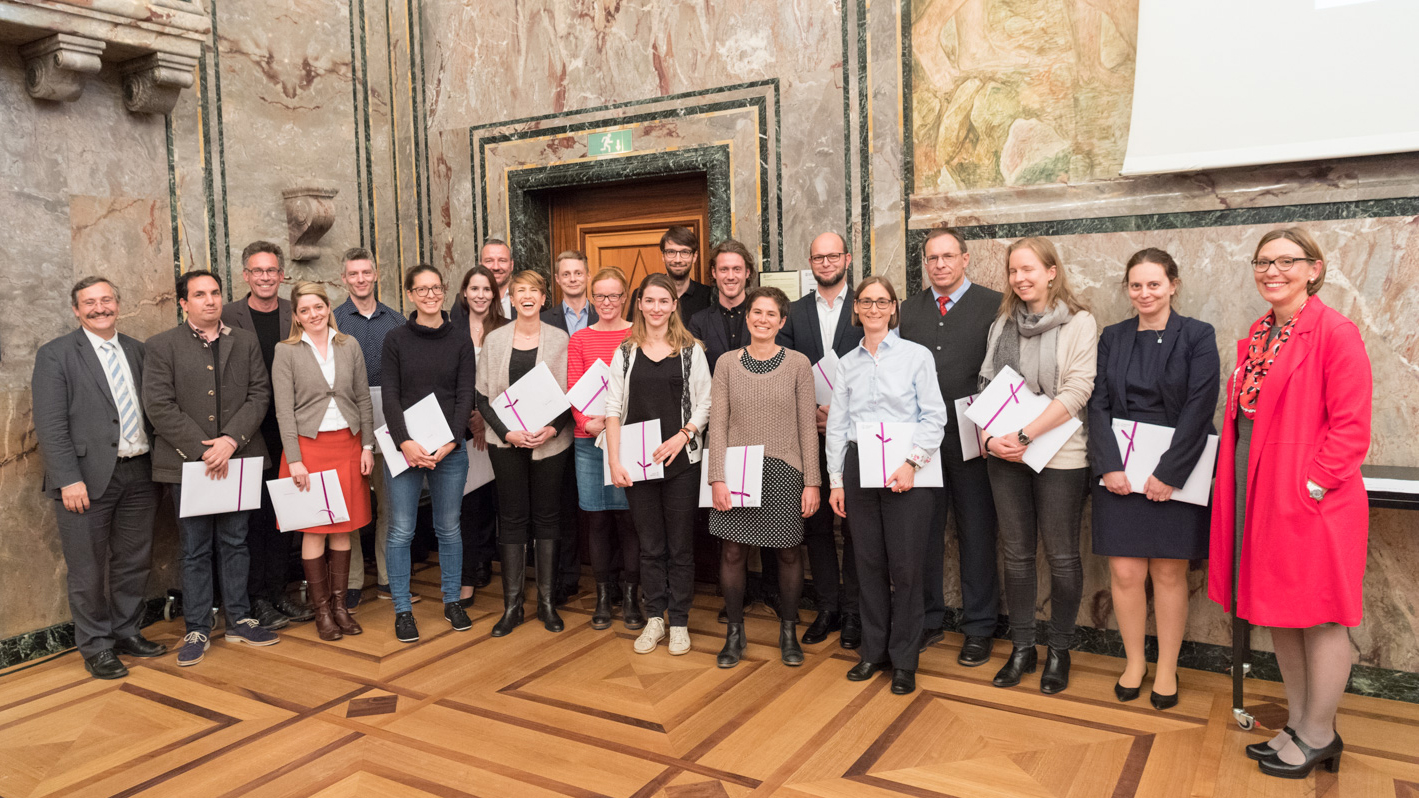 “And what is your personal innovation?” asked Vice President Gabriele Siegert at the end of the closing ceremony of the Tag der Lehre. The whole hall began shuffling in their seats. As they reached under their chairs, every member of the audience found an origami light bulb underneath. The idea was to remind them to continue coming up with interactive and innovative ideas even after the Tag der Lehre.

UZH has been staging the Tag der Lehre for the past nine years. Gabriele Siegert described the event, which is organized by the Center for University Teaching and Learning in cooperation with the Office of the Vice President for Arts and Social Sciences, as a “shop window for teaching at UZH.”

In keeping with this year’s “interactive and innovative” motto, the day began with some novel and collaborative ideas. This year marked the first time that the individual events organized by the faculties and departments were complemented by workshops run by Teaching Fund projects. The aim of the events was to initiate dialogue between teachers and students about how to use analogue and digital media in an interactive and innovative way.

Greta Patzke, professor of chemistry at UZH and winner of the 2017 Teaching Award, debated the topic “Teacher 2020: Human Error or Win-Win” with students and teachers. A workshop especially for students offered a closer look at interaction and innovation through the example of the “design thinking” method. Under the guidance of Eva-Christina Edinger, participants together came up with prototypes for innovative teaching settings.

Seven events were staged individually by faculties or departments for the Tag der Lehre. Teachers and students discussed, debated, and deliberated topics such as Bologna 2020, mixed reality, assessing performance, internationalization, and future developments in teaching.

The workshops not only offered food for thought, but in the case of the Institute of Asian and Oriental Studies, also actual food – the institute promoted their exhibition A Tour of Lebanese Culture by offering culinary specialties from the region. The exhibition is on until 8 November.

The inspiring atmosphere of the workshops spilled over into the evening and the closing event. As in previous years, musical entertainment was provided by the Dave Ruosch Trio.

Vice President Gabriele Siegert presented a selection of the 15 innovative teaching projects that have been receiving support from the highly competitive Teaching Fund since last year: The Swiss Book Year project gives students the chance to get a behind-the-scenes glimpse of the publishing business. With the E-Tool for Biomedical Ethics, trainee doctors at UZH can practice how to deal with ethical dilemmas. Another project breaking new ground, Board Games in University Teaching demonstrates how abstract concepts can be explained in a playful way.

Interaction between teachers and students

In his speech, President Michael Hengartner encouraged his listeners to make creative use of and to further develop the many possibilities offered by new technology for teaching and learning, but also to keep in mind that the basis for good teaching was and would remain personal interaction between teachers and students. “Simply using new media is no guarantee of successful learning,” warned the President. “People don’t learn best at home in their bedroom via an app, but together with others.”

The successful Tag der Lehre 2017 was topped off with the prize-giving ceremony, in which President Michael Hengartner presented 54 students with the semester awards and their prize money of 600 francs each, awarded for their work in the 2016 Fall Semester and the 2017 Spring Semester. He also congratulated the four recipients of the Orelli Award (law), the 33 graduates of the Teaching Skills program, and the 27 graduates of the CAS in University Teaching and Learning.

Every year, the University of Zurich hands out a teaching award to a member of its teaching staff. The award is given to somebody who has excelled in a particular area of university teaching thanks to their special qualities. The teaching award 2018 is focused on the topic “Encouraging students to think critically about current research”. Nominations for the teaching award are made by UZH students. Votes can be cast online until 21 November. The winner of the 2018 teaching award will be announced on Dies academicus on 28 April 2018.