This article will be published in the upcoming issue of UZH Journal.

Theology and Study of Religions People 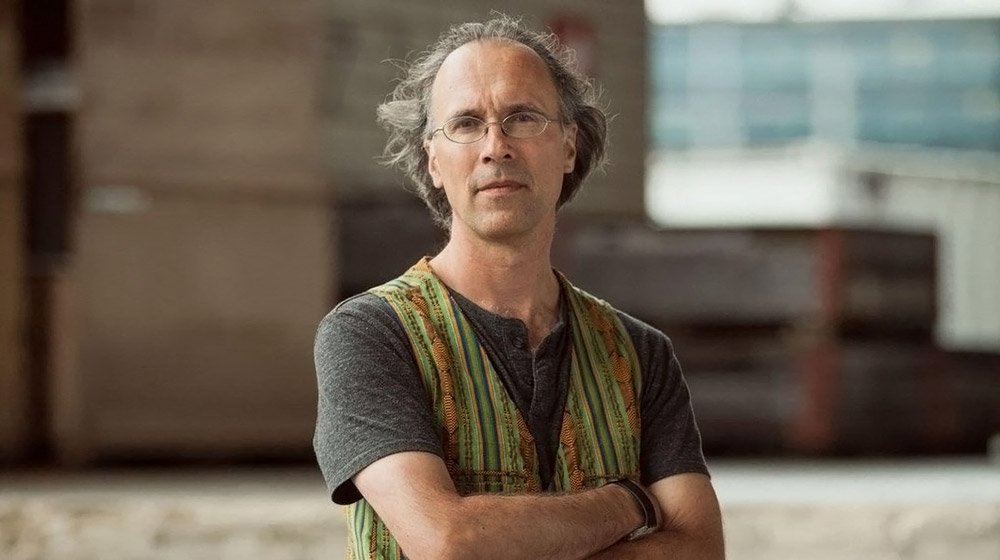 Theology was the perfect subject for Tobias Brandner: a chance to discuss the fundamental questions of life while doing a course with practical relevance. He started at Zurich in 1984, and has good memories of his studies. “We had a lot of freedom and a lot of long discussions,” he smiles. One professor regularly used to invite them to a crypt under the Grossmünster church for cheese and wine and debates on Freudian psychoanalysis and existentialism.

After university, Tobias Brandner was ordained as a minister and began working as a chaplain at Pöschwies jail near Zurich. He returned to the Faculty of Theology for his PhD, but after that he devoted himself completely to practical pursuits. In 1996 this took him and his wife to Hong Kong, where he started work as a Christian chaplain in various jails on behalf of the Basel Mission.

A welcome change from prison routine

Tobias Brandner still works in prisons. Incarceration in Hong Kong is a great deal harder than in Switzerland, organized along military lines and with longer sentences. Despite this, he says, the atmosphere is more peaceful. “People in Asia show their negative feelings much less often, because they don’t want to lose face.” But that doesn’t mean they’re any better off psychologically. For this reason – and also because the other religions don’t provide pastoral care –the opportunity to talk to “Father Tobias” is in demand. “The mere fact that someone’s interested in them is a welcome change from the prisoners’ boring routine. Often their time behind bars is also an opportunity to think about their own lives in more depth,” explains Brandner. “I try to put forgiveness into practice by showing inmates respect and trust, and also by seeing their good sides.”

These days Brandner only visits the prison one day a week. In the meantime he’s been tempted back into academic life, and since 2009 has been professor of divinity at the Chinese University of Hong Kong. His research reflects his work as a prison chaplain, and looks into the current development of Christianity in Asia. A single word sums up his findings: boomtime. Christianity, especially Protestantism, is receiving growing interest in Asia, particularly in emerging economies such as China and South Korea. According to Brandner, indigenous religious traditions such as Taoism and ancestor worship are becoming less important.

Christians now account for around five percent of the population in China, and as much as 10 or 15 percent in Hong Kong. Tobias Brandner sees various reasons for this boom. Christianity is associated with the economically successful West. Protestantism especially, with its active community life centered around the church, offers an attractive alternative to the raw egotism of business.

However, Brandner says it would be wrong to assume that Christianity is only spreading from West to East. In his research he’s mainly interested in developments in the other direction: Asian Christian mission movements operating all over the world.

Thanks to his academic work, Tobias Brandner once again has close ties with UZH. He has been to Zurich several times as a guest lecturer, and is now president of the UZH Alumni Chapter in Hong Kong. The city still fascinates him. “The same population as Switzerland in an area half the size of Canton Zurich: I’ve never experienced a city so efficiently organized as Hong Kong.” At the same time he likes the fact he can enjoy beautiful hikes in nature only half an hour from downtown. But he admits that there is another side to Hong Kong: rents are expensive, and there’s a large social divide. What’s more, the growing political influence of the central government is threatening Hong Kong’s independence. Despite this Tobias Brandner is optimistic: “Over the last century, people here in Hong Kong have repeatedly managed to respond flexibly to crisis and find new paths to success. Who knows, maybe Christianity can help bring about a more just social order in Hong Kong.”

UZH will participate at the festival «Zürich meets Hong Kong» which takes place from 21 to 29 October 2017 in Hong Kong. UZH News will report about it.