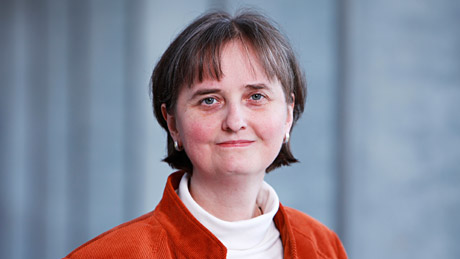 Everyday physical activities become an ordeal, climbing stairs is a major undertaking, and patients often become completely bedridden, suffering from constant fatigue. “Heart failure is a tragic and unfortunately is currently incurable. The diagnosis usually amounts to a death sentence,” says Ursula Quitterer, Professor of Molecular Pharmacology at the University of Zurich and ETH Zurich.

Heart failure refers to serious progressive forms of cardiac deficiency. It usually affects elderly people with pre-existing cardiovascular disease and means their heart is no longer able to pump enough blood around the body. Currently, physicians can only delay the disease’s progression – using, among other things, medications that lower blood pressure and heart rate, and thus reduce the burden on the heart – or consider a transplant with an artificial or donor heart.

Now, working in multiple mouse models, Quitterer and her colleagues have developed a new approach to treatment using pharmaceuticals. “This has allowed us to increase the reduced pumping power of the diseased heart, while also slowing down the disease’s progression – which is a real vicious circle,” says Joshua Abd Alla. As a physician in Quitterer’s group, Abd Alla is working on a PhD degree and is the lead author of the research paper published in the Journal of Biological Chemistry.

Specifically, the researchers inhibited an enzyme known as GRK2 in mice, which occurs at elevated concentrations in the hearts of patients with heart failure. To do this, the scientists used a small protein fragment (a peptide), which binds to GRK2. Following the lock-and-key principle, the peptide prevents the enzyme from binding to its receptors and therefore from performing its biochemical function.

“If you inhibit GRK2, you can prevent the myocardial cells from switching to sugar metabolism. In this way, you can break the vicious circle,” explains Quitterer. The scientists were able to demonstrate this in mice with heart failure as a result of a genetic modification or a surgical procedure. Less fat was deposited in the myocardial cells of mice in which the scientists had inhibited GRK2.

The researchers believe it is possible to apply the new therapeutic approach to humans – as a supplement to existing therapies, they stress. This, however, will require a lot more developmental work. So, the scientists also worked with genetically modified mice that produce the inhibitor in the myocardial muscles themselves.

Theoretically, it would be possible to apply this approach in humans using cell therapy, although this is very expensive. It would be simpler to treat patients with a medication administered orally, but the inhibitor peptide used in the mouse experiments is not suitable as peptides are broken down in the digestive system and thus do not reach the heart via the bloodstream. “However, one possibility is to search for other molecules that have the same effect as our peptide,” says Quitterer.