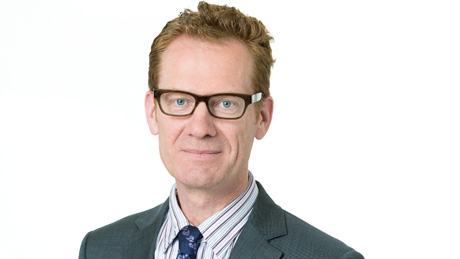 Professor Schwarzenegger, BVK is changing its pension fund regulations as of 1 January 2017. Since the amendments were announced, many UZH employees have been worried about pension cuts. Are these concerns justified?

I understand the concerns of the employees. BVK will reduce the technical interest rate to two percent, which will result in lower conversion rates. Taken together with the accompanying measures to cushion the impact, the pensions of employees insured with BVK will incur a median reduction of 8%. That means that half of the insured persons must reckon with a slight reduction and the other half with a higher reduction in pensions.

That is certainly not good news – but it is unfortunately unavoidable. On a positive note, BVK will increase the savings contributions, 60% of which will be borne by UZH. Nevertheless, that doesn’t alter the fact that the new measures are painful.

How did the Executive Board of the University respond to the announcement by BVK?

The measures announced by BVK have far-reaching consequences, and it was clear to the Executive Board that we must work with the insured employees to assess all the implications. To do so, the Executive Board established a Personnel Committee; in the meantime, the Committee has assessed the new measures and submitted recommendations for action.

The Personnel Committee recommended leaving BVK and joining a pension fund with a higher conversion rate. Why did the Executive Board of the University choose not to follow the Committee’s recommendation?

We held several discussions with the Committee throughout the decision-making process, and we considered their recommendation at great length. The work of the Committee was very valuable to us and constituted an important component of our deliberations. We are very grateful to the Committee for their work and for laying the foundation for our decision.

Changing to another fund would be interesting as they currently promise lower contributions and higher pensions than BVK. From a long-term perspective, however, we reached a different conclusion than the Committee. We believe BVK offers greater long-term stability and sustainability than the funds recommended by the Personnel Committee – an opinion that was confirmed by an external expert report.

What were the key requirements that the Executive Board considered when weighing the various options?

First, we want a sustainable and secure occupational pension for our employees. Then, the financing should be near-term and fair to all generations and, as an additional point, it should not resort to redistributions. Finally, retaining our strong ties to the Canton of Zurich was a very important factor. When considering the various options from this standpoint, remaining with BVK was clearly more advantageous than changing to another pension fund.

To what extent does BVK fulfill these requirements?

We all know that BVK has come under fire due to events in the past. But BVK transformed its management about five years ago. Since then, the fund has performed well and has substantially reduced its undercoverage. The coverage ratio is currently 98.7 percent (as at August 2016).

Moreover, the fund adheres to a stable investment strategy that avoids high risks. It is based on realistic scenarios regarding demographic development and is committed to ensuring a fair distribution of the burden across generations.

Isn't that the case at other funds?

The parameters for pension funds are currently undergoing rapid changes. Our current economic environment is different to the past. Life expectancy is increasing; at the same time interest rates are historically low. All funds are faced with the challenge of generating money to finance pension payments, either via the capital market through high-risk investments, or via transfers from employed persons to pensioners – an imbalance that the younger generation will ultimately pay for in the long term. Another way to address this situation is to reduce the technical interest rate, as BVK has done – a decision that offers greater sustainability and fairness.

Are all funds equally affected by the deteriorating economic situation?

The economic environment and challenges are essentially the same for all pension funds in Switzerland, and all funds will have to make adjustments. By making the changes that will enter into force on 1 January 2017, BVK is already adjusting to the new environment, while other funds,  are clearly still at the beginning of the inevitable transformation process. They, too, will have to lower their rates. But they will do this in increments to avoid alarming the insured persons.

You mentioned the strong ties to the Canton as an important aspect. To what extent does that factor into the decision?

UZH is an independent legal entity of the Canton of Zurich. It is publicly funded via a global budget, which UZH may implement at its own discretion and under its own organization; that promotes freedom of research and education. And yet we are strongly rooted in the canton. The tax payers of Zurich invest around 600 million Swiss francs in our institution. This not only guarantees good and stable conditions for research and education, but also outstanding conditions for our students. And UZH employees benefit from the secure employment conditions offered by the canton. Moreover, we don't want to suddenly abandon the solidarity that we share with other members of the BVK fund.

Will UZH work to create better conditions for persons insured with BVK?

Yes, in the past weeks we reached the conclusion that the Executive Board should play an active role in policy at BVK. To begin, we will introduce the following ideas: First, in the future, insured persons should have two options for investing their assets. People who prefer risky investments with higher profits should be able to choose a corresponding model. Second, we will make a strong argument for improving pensions already with a coverage of less than115 percent. We are committed to realizing these measures.

President Michael Hengartner, Vice President Christian Schwarzenegger, and Professor Thorsten Hens (as representative of the Personnel Committee) will be present at the event.