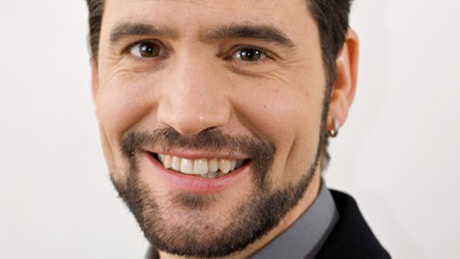 Influenza viruses mutate constantly, appearing each year in a new disguise that the immune system doesn’t recognize. This happens by way of changes to hemagglutinin, a protein on the surface of the virus that allows it to dock with a cell. If the virus manages to dock, it can open the cell and implant its own genetic material.

The vaccines used against flu viruses so far have had a number of disadvantages, including the fact that you have to have a vaccination every year to be protected against the latest virus. At best virologists can try to curb the impact of waves of seasonal flu. But beyond this, until now they haven’t found an effective means of fighting the influenza virus.

A vaccine for all flu viruses

Virologist Lars Hangartner, who does research at UZH under an SNSF professorship, wants to change this. He is developing the basis for a flu vaccine that works more effectively and for longer than those in use up to now. The original idea behind his work is impressively simple: Hangartner started out by looking for an area on the virus’s surface that doesn’t change as often as the outer part of the hemagglutinin, but where antibodies can also dock. Attacking a part of the virus that mutates less frequently makes sense because it potentially enables the development of a much longer-lasting vaccine for all viral strains.

Hangartner and others have found an area meeting this description in the stem of the hemagglutinin. He has discovered that all humans have a small number of antibodies that recognize and can attack this vulnerable part of the virus. He has already used his own patented procedure to “fish out” individual antibodies of this type to check their effectiveness.

The initial results were promising, with the antibodies finding and blocking the vulnerable part of the virus. “It all looked perfect,” says Hangartner. But as he then found out, it’s not so easy to make the immune system produce these antibodies by means of vaccination. An experimental vaccine used on mice produced antibodies that docked at the right place, but they weren’t able to prevent the trap from snapping shut; the cascade of impacts leading to the implantation of the virus’s genetic material in the cell was triggered anyway. Apparently the virus has learned how to safeguard its weak spot from the immune system.

The challenge for Hangarnter now is to crack this defense mechanism. If he can do this, he’ll create the basis for a flu vaccine that might only have to be administered once in a person’s lifetime to protect the body from all potential variants of the virus, including avian flu. For the first time we would potentially have an effective long-term method of fighting the flu virus and preventing pandemics.