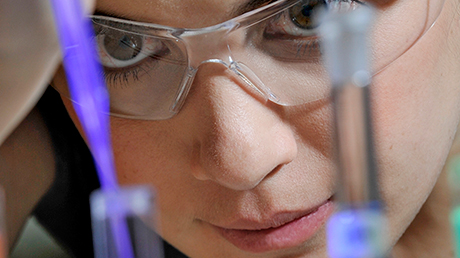 Three years ago the Executive Board of the University and the Faculty of Medicine launched eleven Clinical Research Priority Programs (CRPPs) to promote and network strategically important fields of research in university medicine. The first phase of the program has been given a very positive evaluation: "The way the CRPPs have developed is very pleasing. We’ve already met our ambitious goals in terms of translational research," says Executive Board member Christoph Hock, Vice President for Medicine and Science. Thomas Spirig at Research and Academic Career Development points to the positive outcome of the evaluation by external experts: "We got particularly good ratings in terms of building new networks between pure and clinical research."

From viruses to rehabilitation

The range of themes covered by the Clinical Research Priority Programs reflects the breadth of the Faculty of Medicine, extending from studies on infectious viral diseases and new neuro-rehab technologies to high-tech platforms for investigating small RNA molecules. In recent months UZH News has presented all eleven CRPPs in detail. See the web links to the right. The projects cover different areas of medicine, but what they have in common is that they all promote fields in which UZH boasts research and clinical excellence and is internationally competitive. "The CRPPs are a unique instrument that enables the UZH Faculty of Medicine to promote the exchange of knowledge between pure research, applied research, and clinical care," explains Christoph Hock. The concrete research done within the CRPPs is closely interlinked with the medical challenges faced by clinicians on a daily basis, and is geared to the needs of patients. Ultimately it’s about improving their treatment. The people responsible emphasize that the translational focus of CRPPs means they’re able to cover a key area of university medicine that so far has received very little support from national and international funding initiatives.

140 scientific articles in one year

The programs, which receive around CHF 10 million in funding a year, are well on course. Many CRPPs already have clinical studies under way either researching new therapeutic approaches or applying them on a trial basis. Last year alone, more than 140 articles written in conjunction with CRPP projects were published in scientific publications, including top journals such as The Lancet, Nature, and Science Translational Medicine. At the same time the interdisciplinary approach has enabled the creation of new partnerships. "Networking within the scope of the CRPPs is playing a key role in the development of university medicine in Zurich," says Christoph Hock.

Besides the positive evaluation, the people responsible are especially pleased about the external funding attracted by CRPPs such as Sleep and Health, Rare Diseases, and Multiple Sclerosis. Financial resources from outside the University underscore the scientific achievements of the initiatives. Christoph Hock takes stock against the backdrop of this positive feedback: "The CRPPs have proven to be a successful and effective funding instrument, and will now be continued in Phase 2."