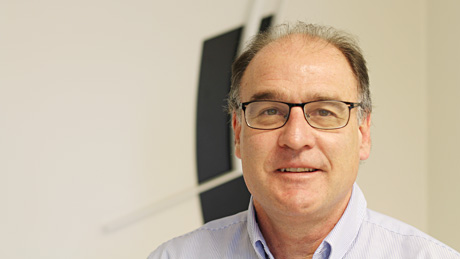 The liver is a small miracle. It’s the only organ in the human body that can regrow or regenerate. This characteristic is the basis of new approaches to treating liver cancer being used at University Hospital Zurich and simultaneously researched at the University of Zurich under a Clinical Research Priority Program called Liver Tumors: from Palliation to Cure.

Every year around 700,000 people worldwide contract liver cancer, making it one of the most frequent types of tumor. Whenever possible, liver tumors are removed surgically. Within only a few weeks a healthy liver can compensate for the loss of up to 70% of its tissue. The problem is that the remaining, healthy section is often too small to regenerate. This means that more than 90% of liver cancer cases are incurable. Even liver transplants are rarely a viable alternative given the severe shortage of donor organs.

Two steps to a cure

Now a new surgical procedure with the awkward-sounding name “Associating Liver Partition and Portal Vein Ligation for Stages Hepatectomy” (ALPPS) is raising hopes. It is based on the liver’s ability to regenerate. First of all the patient has surgery to separate the healthy and diseased portions of the liver and stop the flow of blood to the diseased tissue. This increases the flow of blood to the healthy section, enabling it to regrow – in some cases completely – within a week. Then the patient has a second operation to remove the diseased tissue.

Using ALPPS it’s possible to remove up to 90% of the entire liver, even if the portion of healthy liver remaining is initially very small. So far around 430 patients around the world have undergone the new form of surgery.

Professor Pierre-Alain Clavien, director of the Clinic for Visceral and Transplantation Surgery, has used the ALPPS procedure on 33 patients to date. He’s convinced the new method is effective. “ALPPS will become established as the procedure of choice for advanced liver tumors. However, the risks of surgery are currently too high, so the method still has to be improved.”

Clavien doesn’t just use ALPPS as a surgeon. He’s also doing pure research on the liver, and is evaluating the new procedure and trying to improve it. Funding for this work comes from sources including the Swiss National Science Foundation and a University of Zurich Clinical Research Priority Program, launched in 2012, called Liver Tumors: from Palliation to Cure.

One liver for many people

Another of Pierre-Alain Clavien’s projects could largely revolutionize the treatment of liver cancer in the future. As things stand at present, a liver can survive outside the body for only up to 12 hours, for example in the course of a liver transplant. University Hospital Zurich’s liver specialists want to develop a machine to supply the liver with blood outside the body, enabling it to be kept alive for up to a week. Ideally the organ would also regenerate in this “liver machine.”

This would make it possible to remove a small piece of liver from a patient, put it in the machine to grow, and then re-implant it. The liver machine would also create new possibilities for using donor organs: a donor liver could be divided into a number of sections and then grown in the liver machine. This way a single donor organ could benefit more than one patient.

Clavien hopes that the machine, a joint project with Professor Philipp Rudolf von Rohr at ETH Zurich, could be developed within five to seven years. Alongside the Clinical Research Priority Program and the Swiss National Science Fund, he can also count on funding from the newly established Wyss Translational Center. The center, which aims to help make technological innovation more rapidly available for clinical application, is starting out by supporting four projects, including Zurich Liver – a great example of an innovative undertaking that puts UZH and University Hospital Zurich right at the forefront of international liver research.