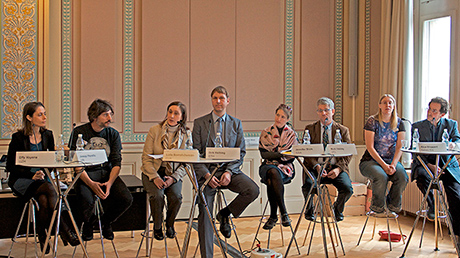 There are laypeople counting birds, characterizing galaxies, identifying invasive plants, and taking measurements of their own bodies. The help they provide to professional scientists is increasingly making them an irreplaceable part of established research at universities, and in the wake of the digital revolution this form of citizen science and participation looks to become even more important in the years to come.

This was the consensus of the hundred or so people who attended the international conference on Standards and Recommendations for Citizen Science at UZH this week.

Need for transparency and openness

They were debating universally binding standards for citizen science. “Firstly, guidelines would help ensure that the relevant scientific standards and quality requirements are met,” said Daniel Wyler, emeritus professor and former Vice President for Medicine and Science at UZH. “Secondly, they would ensure transparency and openness for the citizens involved, for example in terms of the way their data are used.” 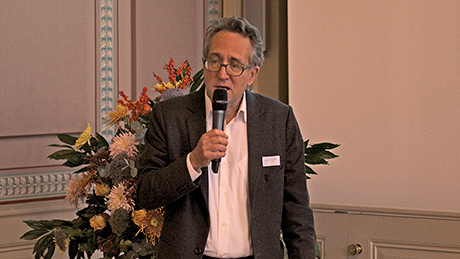 The conference brought together an illustrious group of citizen science specialists from Switzerland and the rest of Europe who either have their own experience with citizen science or are involved at an institutional level. They were presented with two working papers, one on standards for citizen science, and one on policy recommendations, drawn up under the leadership of Daniel Wyler in collaboration with researchers at the University of Zurich, the University of Geneva, and ETH Zurich. During the conference two workshops were held on these working papers. Prior to this, a podium discussion brought important questions to light, serving as a sort of warm-up to the more in-depth specialist discussions.

The podium discussion, moderated by UZH gerontologist Mike Martin, brought across interesting aspects of the current debate and highlighted just how important lay participation already is in research. “Members of the public are much more interested in science and research than people think,” explained Alice Sheppard from the Galaxy Zoo, a citizen science project co-initiated by Kevin Schawinski at ETH Zurich. This means they like to participate. Jennifer Shirk from the U.S. Citizen Science Association pointed to the wide variety of projects, ranging from simple observations of nature to actual research projects initiated by lay scientists.

She called for guidelines formulated to accommodate this diversity and assure the quality of projects. ETH researcher Dirk Helbing stressed the importance of transparency and trust, saying “trust between researchers and citizens is absolutely vital.” In terms of data this also means increasingly sharing information with citizens. UZH researcher Effy Vayena called for generally accepted guidelines that also provide ethical safeguards in areas such as the right to data privacy.

Support from the LERU

After this, workshops were held to revise the working papers. Delegates were able to express positive and critical comments, and were asked by Daniel Wyler to submit them in written form. His goal is to finalize the documents by mid-December and then seek the support of major European research policy bodies, the LERU (League of European Research Universities), the EUA (European University Association), and the ECSA (European Citizen Science Association).

The aim is to have the documents adopted in official research guidelines and principles across Europe. Karin Maes from the LERU signaled support for the initiative. A number of representatives of the EU at the conference in Zurich emphasized that citizen science is an irreversible process that is increasingly gathering momentum, and needs regulation.

Center of citizen science in Zurich

If the initiative has the desired outcome, the Zurich documents will serve as a template for pan-European guidelines on citizen science. Whether this outcome is achieved will become clear over the next few months. Whatever happens, the work will not have been in vain, as it’s already clear that citizen science – and the rules formulated in Zurich – will gain in importance within Zurich research. UZH president Michael Hengartner said at the conference that he would like to see an actual center of citizen science. Public participation in science has a great future in Zurich.