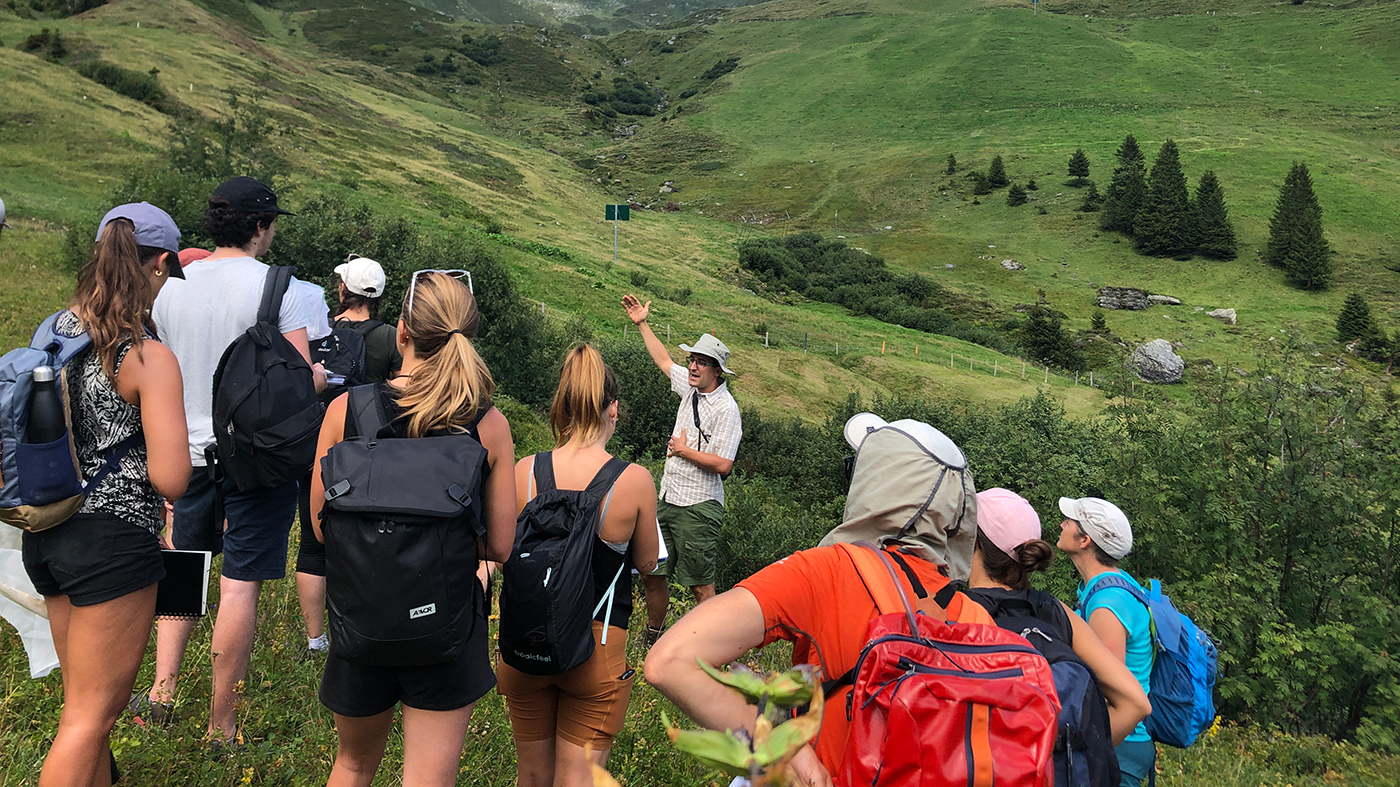 Florian Altermatt and his students on a biodiversity-themed field trip to the Glarus Alps in central Switzerland in summer 2022. (Picture used with permission)

Besides climate change, loss of biodiversity is one of the most urgent environmental problems facing the world today. Up to one million animal and plant species will be on the brink of extinction over the next few decades. These losses put lakes, forests and many other ecosystems at risk – and, in the long run, threaten the very foundation of human existence.

An in-depth understanding of ecological and evolutionary processes is therefore needed if we are to mitigate the negative effects for the environment. “In our new degree program, students learn about the latest concepts in ecology, evolutionary and behavioral biology, and environmental sciences,” explains Florian Altermatt, professor of aquatic ecology and co-program director of the newly developed degree program.

Students acquire a deep understanding of biodiversity and learn about the scientific tools needed to independently explore the relevant processes and functions. The new degree program, which was recently approved by the Executive Board of the University, will be available from the 2023 Fall Semester and culminates in a Bachelor’s or Master’s degree.

“With the new degree program in biodiversity, UZH is responding to current social needs and providing a unique, tailor-made study program. It links species loss with the climate changes occurring on the Earth’s surface,” says Michael Schaepman, UZH President. The university is thus putting its considerable expertise in ecology, evolutionary biology and environmental sciences to good use; UZH conducts world-class experimental research in this field, and its two URPPs Evolution in Action: From Genomes to Ecosystems and Global Change and Biodiversity have international reach. UZH’s broad research and teaching activities in the relevant areas have been brought together to create a rich and varied academic program.

The idea for the new degree program can be traced to the reform of the minor subject in environmental sciences, which kicked off back in 2017. Analyses of existing programs and a review of student feedback revealed that there was a demand as well as the potential for a stand-alone degree program focused on biodiversity. In the spring of 2021, the management of the Department of Evolutionary Biology and Environmental Studies (IEU) decided to step up its planning. In-depth discussions among the professorial staff followed, and workshops were held.

In addition to the IEU, four other UZH departments at the Faculty of Sciences (MNF) are involved. The program coordinators, led by Florian Altermatt and professor of population ecology Arpat Ozgul, started working on the details with Claudia Hegglin and Karin Isler, and they developed the new, unique study program in a broad-based process. “The degree program is the only one of its kind in the field of biodiversity in the German-speaking world,” says Florian Altermatt. 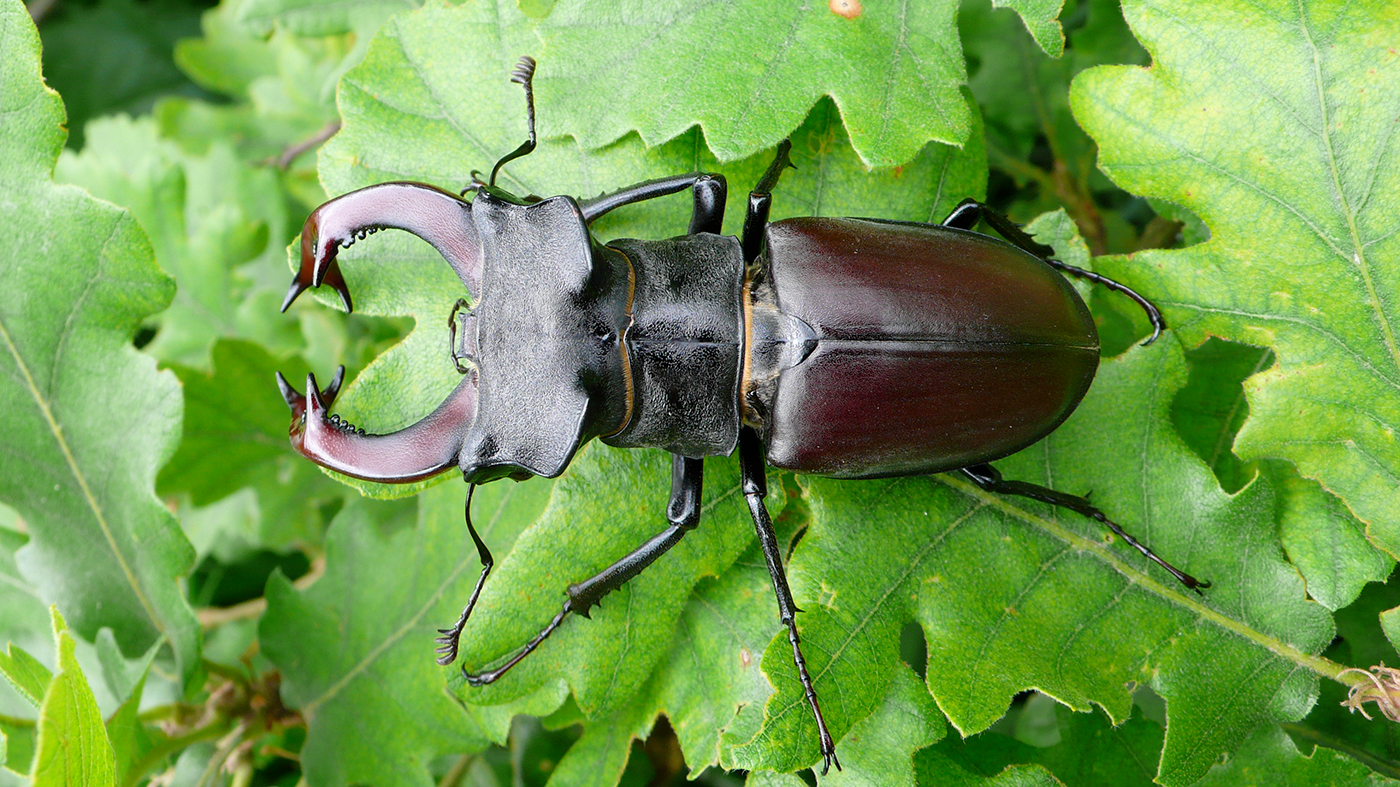 The first two years of the program focus on basic knowledge in the natural sciences and provide an overview of organic biodiversity. In the third year, students are required to complete a professional traineeship and submit a Bachelor’s thesis. The program can be followed as a single major or combined with a minor subject, for example from the fields of political science, business and economics or communication studies. This wide range of possible combinations provides students with a broad, interdisciplinary education in line with their interests. Students with a Bachelor’s degree in biodiversity can go on to study biodiversity at Master’s level.

The new degree program equips students to take on professional roles in academia as well as other areas of society, including administration, nature conservation, the private sector or politics. Future biodiversity graduates may also go on to obtain an upper secondary teaching diploma in biology. There was a great deal of interest in the new course of study at the information days for prospective students in September 2021, said the program coordinators. They are expecting around 80 students in the first cohort, starting next fall.