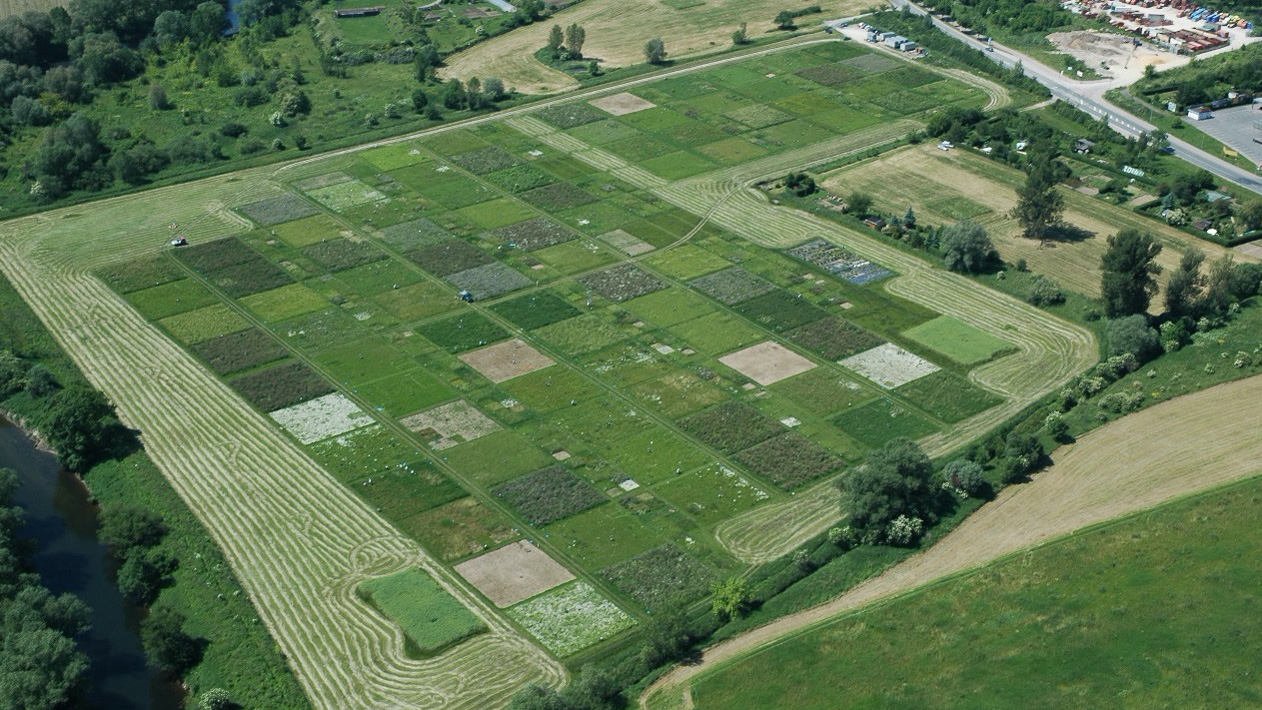 Recent experiments have shown that the loss of species from a plant community can reduce ecosystem functions and services such as productivity, carbon storage and soil health. This reduced functioning may also destabilize the ecosystem in its ability to maintain ecosystem functions and services in the long term. However, assessing this is only possible if experiments can be maintained for a sufficient length of time.

In a new study, researchers from the University of Zurich and colleagues from Leipzig and Jena analyzed the stability of plant biomass production over two decades in one of the longest-running grassland biodiversity experiments in the world, the Jena Experiment in Germany. After more than a decade, plant species in more diverse experimental communities complemented each other in producing stable biomass at the community level. At low plant diversity, by contrast, this “compensatory” effect was observed and community biomass varied much more from year to year. During the first decade of the experiment, species-rich communities had not yet stabilized because of large fluctuations in species populations. This long-term research shows that biodiversity plays an increasingly important role in stabilizing ecosystem productivity over time as plant communities mature.

“We now realize that the mechanisms by which diverse species communities maintain ecosystem functioning in the long term are continually developing even after two decades,” says first author Cameron Wagg of the University of Zurich. Such findings in this study highlight the importance of long-term research studies to fully appreciate the invaluable role of biodiversity for supporting ecosystem functions and services into the future.

Bernhard Schmid, professor at the Department of Geography adds: “These novel results fit with other recent findings of our research group, suggesting that over time evolutionary processes in diverse plant communities select the most ‘collaborative’ plant genotypes among the different species, thus increasing division of labor, community productivity and ecosystem stability.” Because ecosystem stability incurs resilience in the face of environmental perturbations, it follows that in a changing world, older, more diverse ecosystems should be valued particularly highly.