(jpg, 2.51 MB) The only surviving Aldabra giant tortoises in the wild can be found on the Aldabra Atoll, northwest of Madagascar. (Image: Dennis Hansen, Universität Zürich) 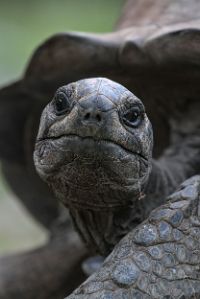 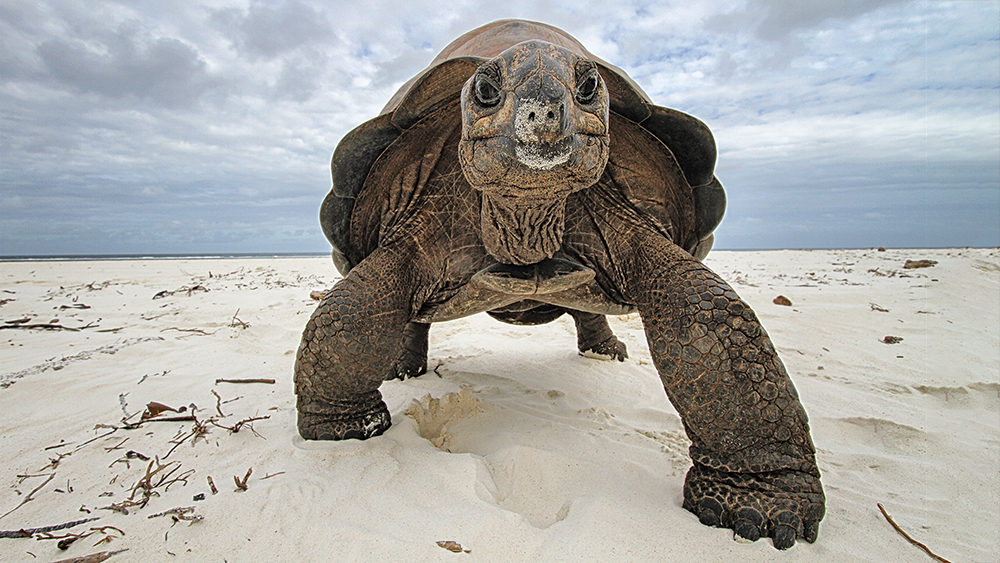 The only surviving Aldabra giant tortoises in the wild can be found on the Aldabra Atoll, northwest of Madagascar. (Image: Dennis Hansen, Universität Zürich)

Aldabra giant tortoises are vulnerable to extinction according to the Red List of the International Union for Conservation of Nature, meaning that the species faces a high risk of extinction in the wild. The only surviving animals in the wild can be found on the Aldabra Atoll, northwest of Madagascar in the Indian Ocean. Due to their central role in the island ecosystems, they have been successfully used in rewilding projects on several Western Indian Ocean islands whose endemic giant tortoise species are now extinct. In other words, Aldabra giant tortoises act as ecosystem engineers to restore degraded island habitats. Having more tools and resources, especially genetic information, is one of the best ways to ensure the long-term success of the wild and rewilded populations.

Researchers at the University of Zurich have now succeeded in deciphering the genome of an Aldabra giant tortoise and assembling the species’ full genetic code at the level of chromosomes. This reference genome makes it possible to determine genetic differences between individual Aldabra giant tortoise animals. “This genomic information is crucial in order for breeding programs in zoos to represent the genetic diversity found in the wild,” says Gözde Çilingir, first author of the study. Moreover, the data could be used for studies on other tortoise species. “We found that most of the genome is similar to other known genomes of turtles,” says Çilingir. “This means our data will help the conservation efforts for other tortoise species across East Africa and Madagascar.”

The reference genome is from a female Aldabra giant tortoise (known as Hermania) who lives in Zurich Zoo. By comparing the reference genome with that of 30 tortoises living on the Aldabra Atoll, the researchers were able to demonstrate the practical value of reference genomes for species conservation. They were not only able to determine the genetic differences between populations on the atoll, but also indicate which population Hermania most likely originated from. The evolutionary biologists also identified potentially harmful mutations that could endanger the long-term health of populations and should thus be monitored.

The genome decoded by UZH researchers could inform future studies focused on understanding the genetic underpinnings of the species’ exceptionally long lifespan. The next step will be to investigate how DNA can be used to determine the age of animals that are still alive, as the exact age of such long-lived animals is often unknown.