Yearbook 2022: The Quality of the Media. Main findings 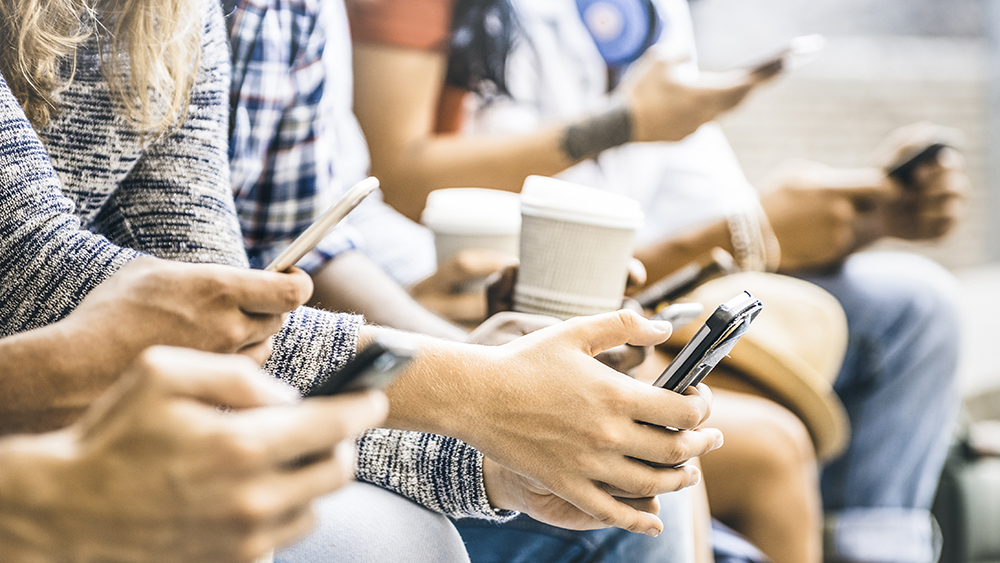 Young people using their mobile phones.
Although young adults often look at their smartphones, they only consume news on them for an average of seven minutes a day. (Image: istock.com/ViewApart)

Journalism is losing its societal reach. The proportion of “news-deprived” people – those who consume a below-average amount of news – has been steadily growing for years. In 2022, this group reached a new high at 38 percent of the Swiss population and is especially common with young adults.

Seven minutes of news per day

For young adults, smartphones are an important source of different types of information. However, until now there was little data on how often they used their mobile devices specifically for news purposes. This is why the Research Center for the Public Sphere and Society (fög) performed detailed tracking of the mobile usage of over 300 study participants between the ages of 19 and 24. The results show that the participants on average consumed only seven minutes of news per day. This finding confirms widespread news deprivation among young adults, a phenomenon which has been previously noted in surveys. While young men consume an average of eleven minutes of news per day, the figure was at a mere five minutes for young women.

These news consumption habits have consequences, according to media expert and fög Director Mark Eisenegger. “The type of media that a person consumes, as well as the frequency, impacts their participation in the political process,” he explains. People who regularly, even if not intensely, engage with traditional Swiss media such as newspapers, radio shows and TV new programs have a notably high rate of participation in referendums (70%). This figure is significantly lower for those considered to be news deprived (30%) or less in touch with the news than other groups. This group is also characterized by a lower interest in politics and lower trust in the government. News-deprived people don’t stay away from politics completely, however, and can be mobilized to vote in certain referendums.

The findings in the latest Yearbook show that the quality of Swiss media improved slightly as a whole. The media have been contextualizing more since the beginning of the coronavirus pandemic and increasingly report on hard news, primarily regarding Swiss politics. By focusing more on politics and less on human interest stories, they have increased their relevance. However, the intense focus on the pandemic means a reduction in diversity. The quality of coverage about the war in Ukraine has been relatively high, as a previously published study by fög demonstrated.

In an in-depth study on the quality of economic news, it was found that news on businesses and companies made up the largest portion of topics (2021: 68%). Reports on macroeconomic issues, however, have decreased over recent years. “In this way, economic journalism is losing its function as a warning system that sheds light on economic bubbles or recessions at an early stage,” says Eisenegger. Furthermore, women are significantly underrepresented compared to men in coverage of economic issues (2021: 23% women). Nevertheless, the share of women in economic reporting has grown the strongest since 2015 when compared to other news topics such as politics, sports and culture.

People less interested in news, largely unwilling to pay for it

Interest in news has declined in Switzerland, albeit less so than in other countries. In 2022, only 50 percent of survey respondents indicated that they were very or extremely interested in the news (2021: 57%). People’s willingness to pay for news has stagnated on a low level, with only 18 percent of respondents saying that they paid for online news during the past year (2021: 17%). The social environment is becoming increasingly difficult for journalists as well, as shown by the high percentage of people working in Swiss media who have experienced attempts from third parties to influence and interfere with journalists (see previously published study).

Emphasizing the link between democracy and journalism

Journalism is under pressure. Financing remains difficult, particularly after proposed media subsidies were rejected at the ballot box. The reach and social acceptance of journalism is also on the decline, with negative consequences for democracy. What should be done? “We need to promote media literacy skills in schools and do a better job conveying how important the news media is to democracy,” says Eisenegger. Journalists also need to learn more about how high-quality content can reach audiences via digital platforms, he says: “Here it would make sense for media companies and academics to work closer together.” According to Eisenegger, new political proposals on how to finance the news media and related institutions are also necessary.

The 2022 Yearbook and in-depth studies can be found here.