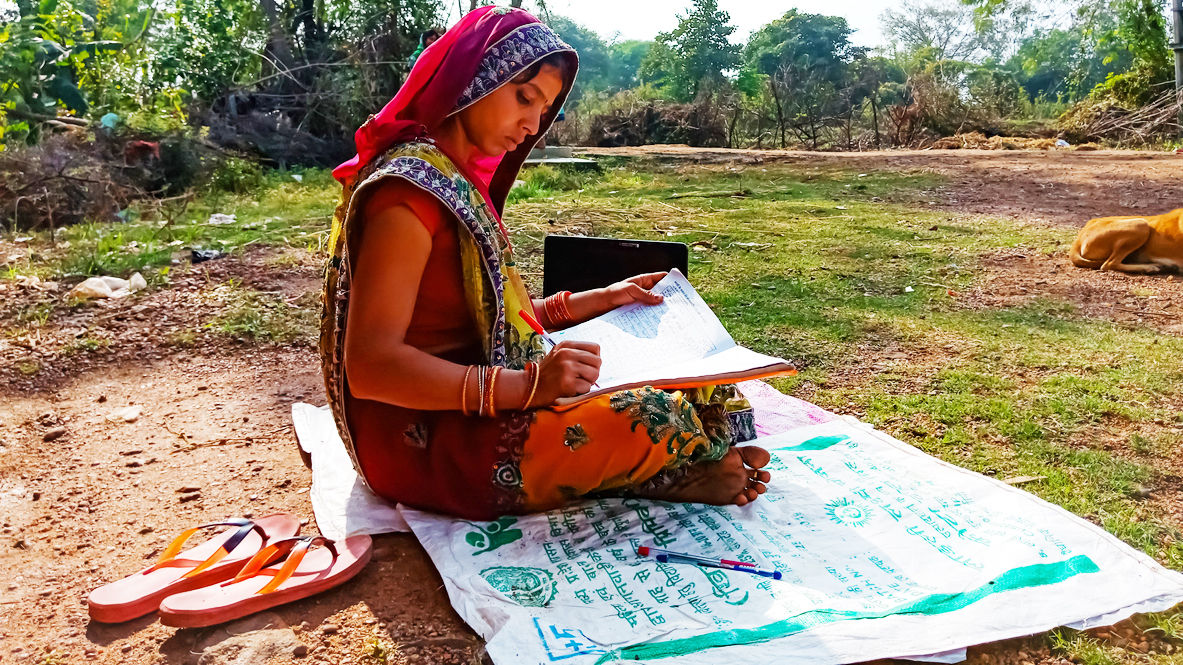 The ability to write, rather than reading skills per se, also influences the way our brains process language. (Image: istock-com/naturecreator)

When we learn to read, connections are developed between the visual system and the language system in our brain. The symbols we see on the page become associated with sounds and meanings. It seems logical, therefore, that our ability to read and write would affect our auditory processing of speech. An international team including researchers from UZH has now investigated this question in greater depth. While previous studies focused on alphabetic writing systems in which individual symbols stand for consonants and vowels, in the new study the researchers turned their attention to non-alphabetic writing systems.

“In the Middle East, East Africa, or South and East Asia, many people read and write languages in which the individual symbols represent syllables or even whole words,” says Alexis Hervais-Adelman, professor of neurolinguistics at the University of Zurich. “We wanted to know whether learning a non-alphabetic script has the same effects on the brain as alphabetic languages.”

No link between literacy and improved auditory understanding

Together with the Max Planck Institute for Psycholinguistics in Nijmegen in the Netherlands and a team in Uttar Pradesh in northern India, the Zurich researchers played recorded sentences in Hindi to two groups of study participants: people who could read and write, and people who were illiterate. At the same time, their brain responses were observed via MRI. Hindi is written with a non-alphabetic script called Devanagari. The researchers found that the auditory systems of the literate group reacted no differently from those of illiterate people.

This result contradicts findings from previous studies which focused on alphabetic reading and concluded that reading ability led to increased activity in those brain areas responsible for language processing when people hear speech. “Our findings are significant, as they challenge previous assumptions about the effects of reading and writing on our brains and on how we process spoken language,” says first author Hervais-Adelman. “The writing system with which we learn to read may influence the way in which we process speech.”

Although there was no difference in auditory processing, the researchers did find evidence that those able to read and write Devanagari had improved functional connectivity between the graphomotor brain areas responsible for handwriting and the auditory-phonetic brain areas that process speech sounds. These connections became active when the group who could read and write Devanagari listened to the Hindi recordings.

According to the researchers, this suggests that the ability to write, rather than reading skills per se, also influences the way our brains process language. More intensive research into this link in the future could lead to the development of new treatments for dyslexia, focusing on the relationship between writing and listening.

Alexis Hervais-Adelman et al. How does literacy affect speech processing? Not by enhancing cortical responses to speech, but by promoting connectivity of acoustic-phonetic and graphomotor cortices. Journal of Neuroscience,17 Oct. 2022. DOI: 10.1523/JNEUROSCI.1125-21.2022