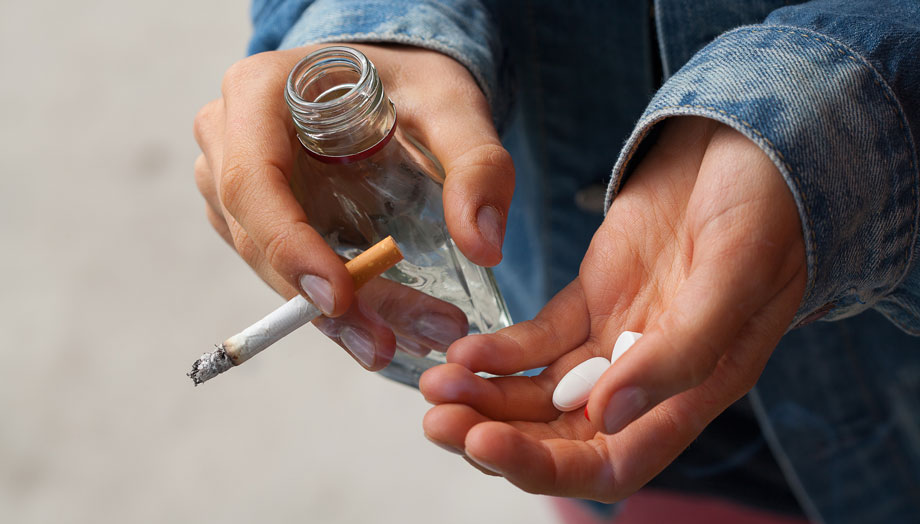 Mixed use of drugs in combination with alcohol is widespread. (istock.com/KatarzynaBialasiewicz)

Polydrug use – particularly of alcohol and cannabis – is no marginal phenomenon among teenagers and young adults. Even though this combination holds some risks, e.g. a greater risk of accidents, other forms of polydrug use are more dangerous. The fatalities of young people recorded since 2018 were presumed to be attributed to the consumption of several different medication or medication combined with alcohol. The main medications concerned are benzodiazepine (primarily Xanax®), cough medicine containing codeine, and other medication containing opioids.

In Switzerland, there has been a lack of substantiated data relating to adolescent polydrug use. The Swiss Research Institute for Public Health and Addiction (ISGF), an associated institute of the University of Zurich, wants to close this gap with an ongoing study. Led by Corina Salis Gross, the researchers are investigating which substances young people combine with each other, what the motives behind and the contexts of their polydrug use are, and which risk minimization strategies they use. To answer these questions, an online survey is being conducted with 14- to 20-year-olds who regularly use multiple drugs. In addition to this survey, the researchers are conducting focus groups with teenagers and workshops with experts.

According to experts, young people are usually unaware of the risks of polydrug use. This corresponds to their own statements that their polydrug use is often spontaneous, and there is therefore no time to gather information beforehand. Equally, a few teenagers appear to be well informed, although the information sources they mention (e.g. YouTube) do not always provide factual information and sometimes the information is inaccurate.

Combination of more than two substances is widespread

Substances from the black market are hardly tested

To reduce the risk, specialized organizations recommend testing substances from the black market. But for young people, these kinds of drug checks are associated with various barriers. These include the fact that many of these services can only be used from the age of 18, that they are only available in a few towns, and that they have restricted opening times (e.g. weekday evenings). For prescription medication, young people also usually consider testing to be unnecessary if the medication is sealed in blister packs. The medication is considered to be clean and safe, even though these kinds of seemingly regularly packaged medication may be impure if they have been obtained on the black market.

Three quarters of the current study participants to date reported knowing what to do in an emergency after polydrug use (e.g. call an ambulance). Equally, around three fifths of those surveyed assumed that they would recognize an emergency such as overdose. However, several experts said that in some cases young people avoid calling for help even in critical situations because of their fear of blue-light organizations. This includes, for example, fear of repressive consequences and being concerned that they would have to take on the costs (e.g. for the ambulance journey). Often, all people in a peer group are intoxicated, which can also make a proper and timely response to an emergency difficult.

Polydrug use to regulate emotions

The participants of the online survey usually combine substances because it’s fun and it makes them feel good. Several adolescents also mix substances because it helps them to feel relaxed and less shy and alleviates anxiety or other negative feelings. This polydrug use to regulate emotions is considered particularly problematic by several specialists. Accordingly, adolescents and young adults who use multiple drugs to self-medicate are making efforts to reduce their consumption. For these adolescents in particular, it is important that they receive access to professional help.

The preliminary study results provide important information into which factors need to be addressed as a priority when it comes to interventions in the field of prevention, mitigation, and consultation and therapy. However, before such intervention is designed, even more data is required about polydrug use. In total, at least another 150 people aged between 14 and 20 years old who regularly use multiple drugs should complete the anonymous online survey by the end of the year.

More information on the project

Information and support services for adolescents and young adults: