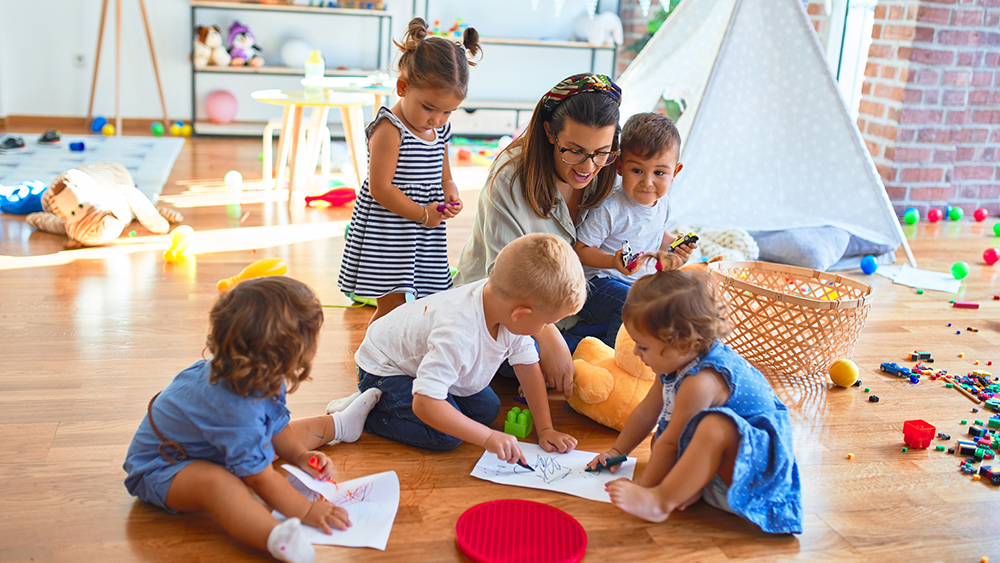 More than half of the Zurich school children surveyed attended either a day care centre or a playgroup before kindergarten. (Image: Istock.com/Aaron.Amat)

The Jacobs Center for Productive Youth Development at the University of Zurich has conducted a study to examine how external childcare influences the development of children into young adulthood. The analyzed data were collected as part of the Zurich Project on the Social Development from Childhood into Adulthood (z-proso) and consisted of around 1,300 school children aged between seven and 20 in the city of Zurich.

Around 67 percent of the children in the survey received external childcare before entering kindergarten. 32 percent of these children attended a daycare center, and 22 percent a playgroup. Another 22 percent received care from an external family member, 3 percent from acquaintances or neighbors, and 12 percent from daycare mothers. The researchers asked the children as well as their parents and teachers about externalizing or internalizing behavior problems, delinquency and substance use. The survey showed that the observed behaviors in primary school-aged children differed depending on the respondents and the type of external daycare.

According to the parents, primary school pupils were more likely to show aggression, display symptoms of ADHD, and experience anxiety and depression the more time they had spent in a daycare center before entering school. This finding was also supported by some of the children’s own assessments. According to the teachers, hyperactivity, lack of impulse control, inattention or aggression were more likely to occur in school children who had spent more than two days a week with a daycare mother or at least three days a week in a playgroup.

How can these findings be explained? “It’s possible that external childcare may lessen the strength of child-parent attachment and interaction,” says first author Margit Averdijk. But it is also possible that children in center-based care or playgroups learn problem behavior from their peers and sometimes use it to get attention from caregivers.

“Although we can’t directly check which of these mechanisms is the most likely explanation for our results, both of them support our findings,” explains the researcher. The good news is that the problematic behavior observed in primary school-aged children decreases as the children get older and mostly disappears from the age of 13. Symptoms of ADHD were the only ones to persist into adolescence.

No general link to substance use in adolescents

Moreover, the researchers found no evidence that generally links external childcare settings to delinquency and substance use in adolescents. An exception was the link between daycare attendance and substance use, which persisted into young adulthood for those from vulnerable backgrounds. “Our study indicates that these children are also more likely to experience anxiety or depression as they grow older, which may become more acute as a result of the parents’ absence,” Averdijk explains.

“Our study sheds light on some possible unfavorable links between external childcare and children’s later development,” says last author Manuel Eisner. However, the professor of sociology urges not to jump to conclusions. He adds that while the study meets the highest scientific standards, it is based on observational data and surveys that do not always allow clear conclusions to be drawn about causation. Furthermore, the study was not able to take into account the quality of childcare received outside of the family.