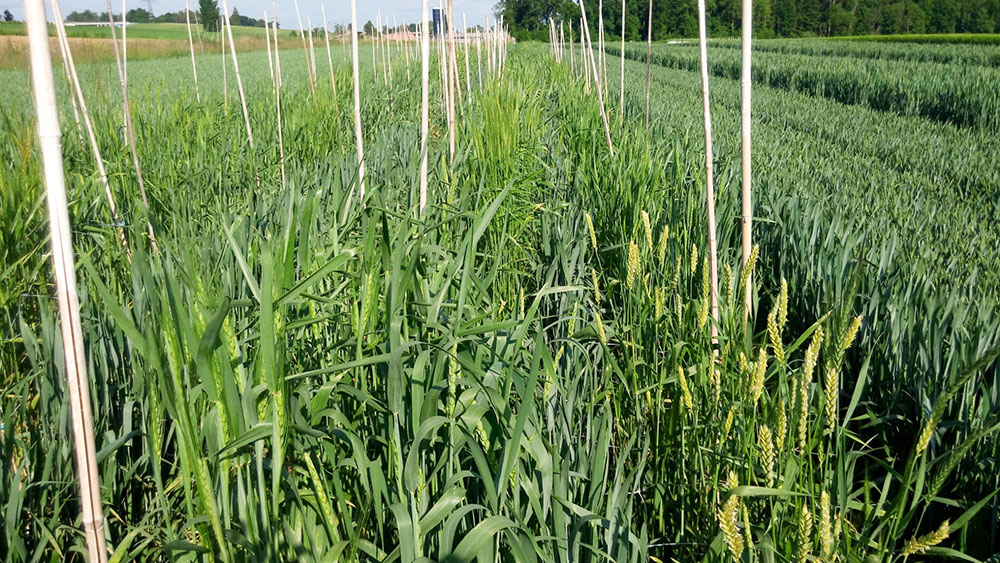 Bread wheat has a thousand-year history and is extraordinarily adaptable. Its potential is far from exhausted. (Image: Rebecca Leber)

Beat Keller has been researching wheat for decades and has lost none of his fascination with the plant. Each year, the high-yielding crop produces around 100 kilograms of grain – per person on the planet, mind you. “Without wheat, there would be widespread hunger, not only in poorer countries, but also in Switzerland,” says the molecular biologist and plant researcher.

Thanks to this strategic importance, as well as the fact that its long agricultural history makes it one of the most thoroughly researched plants, wheat is a rich object of study for molecular biologists. As a result, Beat Keller and his fellow researchers have spent the past few decades working on genetically engineering wheat to make it more resistant to powdery mildew, a widespread fungal disease

And it has become clear that this method works and the plant’s resistance can, in the researcher’s words, be “massively improved”. To achieve this effect, Keller and his team set about identifying and isolating natural resistance genes in wheat varieties from around the world. These powdery mildew resistance genes, or Pm genes, produce immune receptors that trigger the plant’s natural cellular defenses upon exposure to the fungus.

The scientists’ intricate genetic and molecular work involved introducing different Pm gene combinations in wheat lines and, in a first for Switzerland, carrying out field trials with Agroscope, the Swiss center of excellence for agricultural research. The first of these tests took place in 2008, with the final series of tests set to conclude at Agroscope’s research center in Reckenholz in Zurich this year and the next. 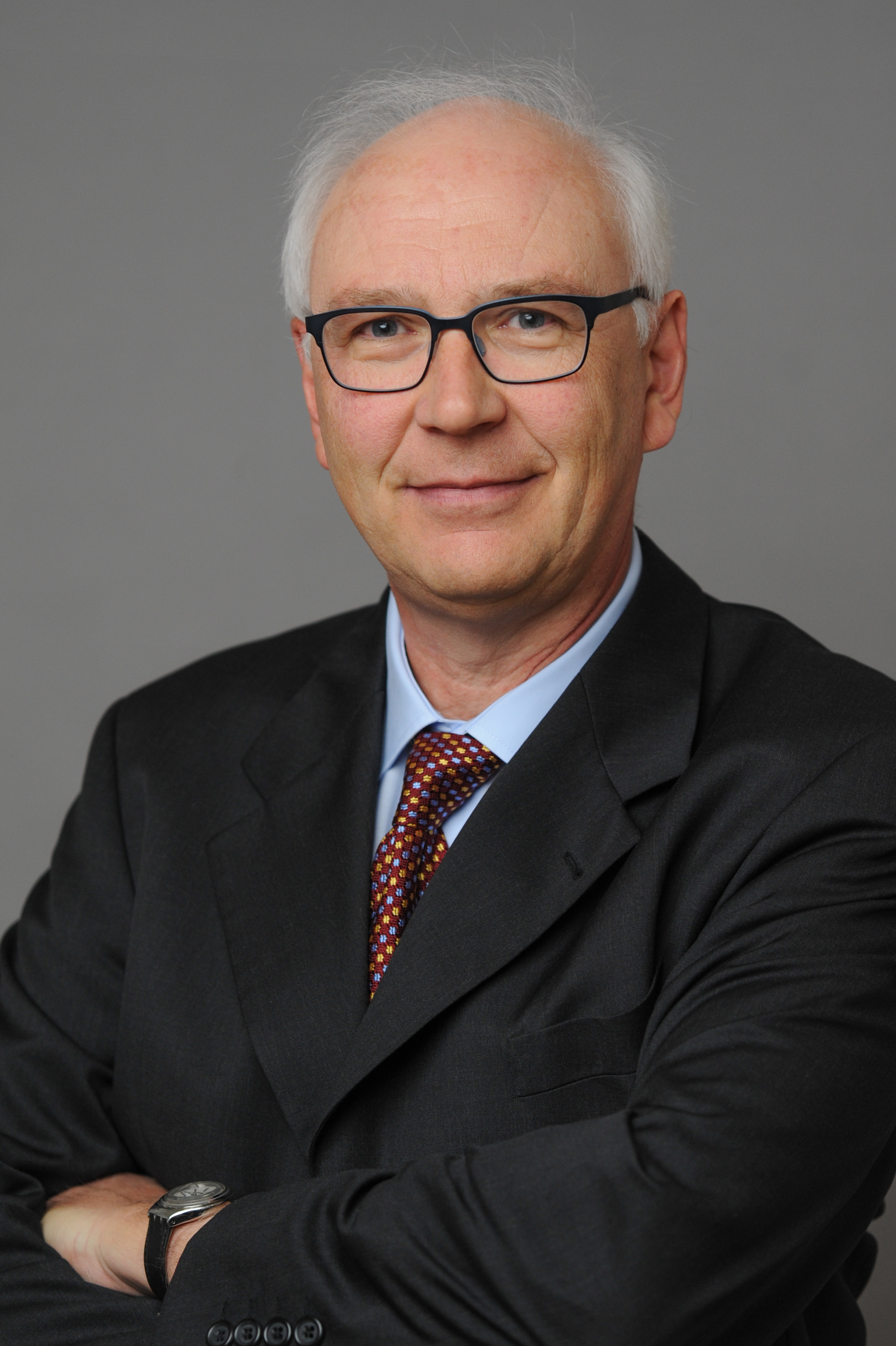 For years, Beat Keller has been the only researcher in Switzerland to take on the challenge of putting transgenic plants out in the field despite the moratorium on GMOs in agriculture. His research has only been possible thanks to an exemption for basic research. But Keller doesn’t see himself a martyr for the cause of green genetic engineering, but more as blazing a trail for a technology that he thinks will “be indispensable for securing the future food supply.” After all, says Keller, breeding plants without using these tools makes very little sense considering the growing demand for food crops.

Following through with this thought, experiments in the field will inevitably be a part of future research. “We all know that results achieved in a controlled lab environment aren’t always confirmed in the field,” says the plant researcher. He thus believes that scientists carrying out basic research will practically be forced to verify their findings in a real-world setting. If they don’t, their findings will remain largely academic.

And yet, Keller’s stance is refreshingly different to that of other GMO proponents who have been extolling the virtues of green genetic engineering. Many have been quick to predict genetically engineered wonder plants capable of binding nitrogen from the air and delivering top crop yields on the back of optimized photosynthesis, all while being completely resistant to heat and pests.

“We’ve learned a great deal over the past few years and expectations are more humble now,” says the plant scientist. “The notion that we can make a profound impact with just a few genetic tweaks is often incorrect.”

Instead, it is becoming increasingly clear just how complex and interlinked the genetically regulated metabolism of plants really is. Turn a screw here, and a cog moves over there. Common wheat, domesticated over thousands of years, is a good example of the complexity of food plants.

Our ancestors bred this wheat species from wild varieties of ancient grains some 8,000 years ago. Emmer and wild goatgrass native to western Asia gave rise to what is now the most important food crop, with some genome duplication occurring as a result of crossing related species.

Today, common wheat, or Triticum aestivum has six chromosome sets and a genome consisting of around 16 billion base pairs – more than five times the number of DNA base pairs in humans. Rather than 25,000 genes like humans, wheat has around 100,000 genes.

However, the limitations of genetic engineering do not mean that it is becoming any less important. On the contrary, genome editing has rung in an era of promising new techniques, which have quickly been adopted by researchers in the field of breeding and basic research.

Methods such as Crispr/Cas9 allow them to make pinpoint changes in the genome, from deleting individual DNA building blocks to replacing entire genes. This has made it possible to bring about targeted mutations that are often indistinguishable from random, naturally occurring changes in the DNA. This precision method is dramatically speeding up conventional mutation breeding. Hundreds of research and development projects are currently under way, with new breeding lines regularly hitting the market.

There are several projects investigating wheat outside of Switzerland, aimed at boosting crop yield, adding nutritional value, reducing gluten content or increasing resistance to drought, pests or diseases such as powdery mildew.

With regard to the latter, a novel and surprisingly simple approach has emerged. It is based on so-called MLO genes, which can be found in all land and cultivated plants. As it happens, switching these genes off makes wheat more resistant to powdery mildew. This resistance can be traced back to a variety of Ethiopian wheat first described in the 1940s.

Chinese scientists recently used genome editing to successfully eliminate all six copies of MLO genes in the hexaploid genome of wheat to create a variety that is resistant to powdery mildew. “If this resistance is confirmed in field trials, it will be a real game changer,” says Beat Keller, without any hint of bitterness, despite knowing that the latest findings from China might well trump his “own” powdery mildew resistance with Pm genes.

But the UZH professor believes his work on resistance genes is about more than just a disease and touches on a more fundamental issue: “We’re interested in how pests adapt to their host, that is, the co-evolution of pathogens and the plants’ defense mechanisms,” emphasizes the plant biologist.

Researchers have shown that the pest has been able to adapt to the new grain by developing new hybrid forms. Keller’s research group is currently investigating the molecular basis of these interactions as part of the URPP Evolution in Action.There is still much to be explored about wheat and its potential.

Beat Keller’s fascination with the centuries-old plant is palpable when he talks about winter wheat, which is the variety most farmers in Switzerland grow. Sown late in the fall, winter wheat needs the extended period of cold to sprout in the spring.

The remarkably resistant plant withstands the cold and wet to grow tall and finally develop its characteristic ears in the summer. Harvested and ground to flour, the plant feeds billions of people all over the planet. “Isn’t that wonderful?” marvels Keller.

This article first appeared in the dossier "Eating plants" in the  UZH Magazin , issue no. 2, 2022.