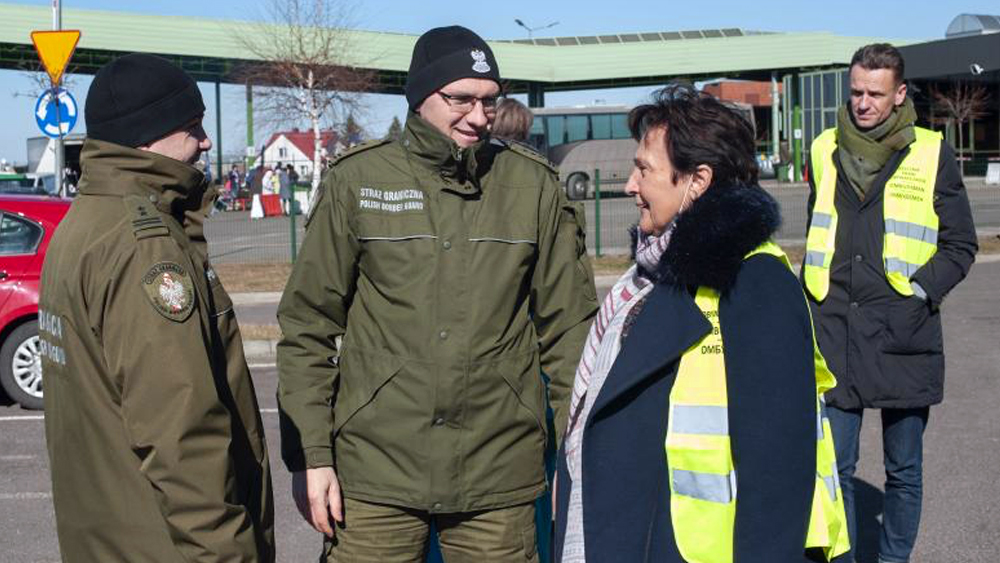 “I took my first steps in human rights protection in the 1980s, at the Swiss Institute of Comparative Law in Lausanne,” says Hanna Machińska. She soon received an invitation from the European Commission to go to Brussels and get acquainted with the activities of the European Community. In 1981, the Council of Europe asked the rector of the University of Warsaw to establish the first information center about its role and activities, and Hanna Machińska was appointed director of the center. At the time, the domestic political situation was very tense, as the regime of Wojciech Jaruzelski was intent on striking down the democratic movement and the “Solidarność” trade union. All the while, Poland was going through an almost two-year spell of martial law, with many civil liberties suspended.

After the turn of the century, the center served as the Council of Europe’s information office for eight years, and in 2011 became a part of the council itself as its first official office outside of Strasbourg – until it was closed by the Polish government in 2017. And yet, this setback didn’t discourage Hanna Machińska from continuing her commitment to human rights in Poland. “The protection of human rights is a never-ending story even in democratic countries,” the lawyer states.

Committed to democracy and the rule of law

The UZH Faculty of Law has now awarded the 71-year-old scholar with an honorary doctorate in recognition of her lifelong commitment to democracy, human rights and the rule of law. “The current state of the world shows that the values underpinning the Council of Europe, the European Union and also Switzerland are increasingly under threat,” says Regina Kiener, professor at UZH’s Institute of Public International Law and Comparative Constitutional Law. “Hanna Machińska is proof that these values will stay alive as long as there are people willing to defend them for the sake of others, who thanks to these values will be able to lead their lives in freedom and safety.”

Hanna Machińska has served as Poland’s deputy commissioner for human rights since 2017. This role means that she is among the very few who can travel to emergency areas and restricted zones during crises. An example was last year, when Belarusian ruler Alexander Lukashenko lured thousands of refugees from Syria, Yemen and Iraq to the Polish border, falsely promising them that they would be able to enter the EU.

When Poland then deployed border guards to establish a restricted area along the border with Belarus, Hanna Machińska was able to visit the area and inspect the precarious human rights situation on site. She denounced the lack of humanitarian aid, the inhumane separation of children from their parents, the degrading abuse and systematic pushbacks carried out by both sides. Pushbacks, in which refugees and migrants are forced back over a border immediately after crossing it, make it impossible for them to apply for asylum, violating the right to asylum under EU law and the EU’s Charter of Fundamental Rights.

Due process for migrants

Hanna Machińska has continuously championed humanitarian rights for refugees and asylum seekers in Poland. She does so within the law itself, by submitting violations of the law to the Polish prosecutor’s office. But as deputy commissioner of human rights in charge of police and migration matters, the lawyer also leverages her status in conflict areas to get humanitarian organizations, such as the International Red Cross or Médecins sans Frontières, past police or military checkpoints and to the refugees.

Protecting those in need

For human rights commissioner Hanna Machińska, there is no conflict between Poland’s legitimate need to secure its borders and the protection of refugees. She views her role as that of an ombudsperson, where both the government’s and the refugees’ concerns are taken seriously and the legal situation is assessed on a case-by-case basis. The lawyer argues that Poland should not follow a strict policy of deterrence and containment (as her home country did until the war in Ukraine broke out), but that people who can prove they need protection should be able to stay in the country. 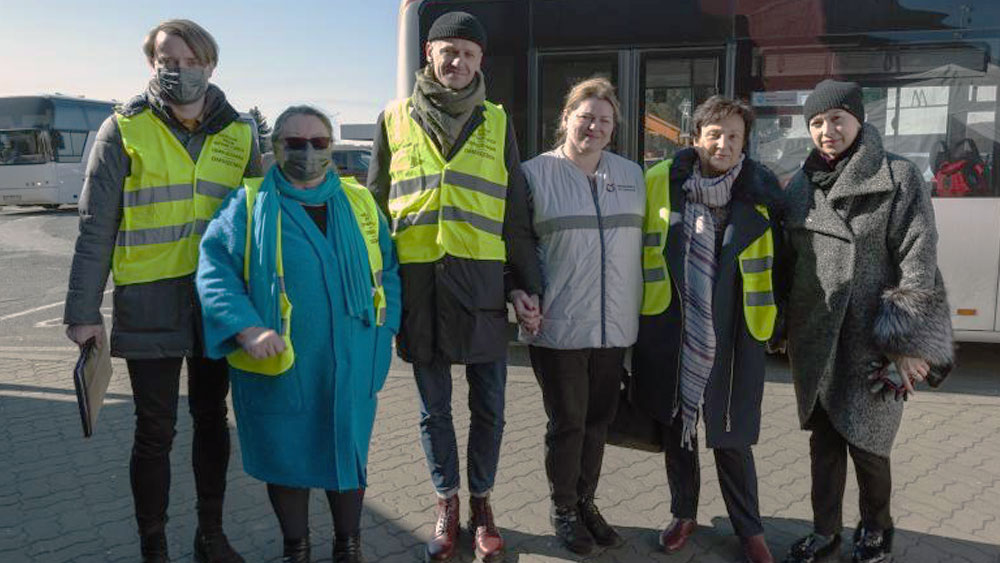 Since Putin decided to invade Ukraine, more than 1.3 million Ukrainians, mostly women and children, have fled to Poland. Unlike in the past, the Polish government and border guards have supported the Ukrainian refugees to the best of their ability – which Hanna Machińska was able to confirm when she visited the Polish-Ukrainian border at the beginning of March. So why has their attitude changed within only one year?

“There is full acceptance for refugees from Ukraine because of the same religion, culture and language similarities,” explains Hanna Machińska. “Additionally, Poland suffered a lot because of the aggression of Russia, so there is a high level of understanding for Ukrainians. When it comes to refugees from Africa and the Middle East, their war is not fully understandable. What’s more, the political message is often very hostile toward the West. However, it must be stressed that the local population and activists are very friendly and helpful.”

Comfortable conditions at the border

In March, Hanna Machińska and other human rights commissioners from regional offices visited the border crossings in Krościenko, Korczowa, Medyka and Zosin, among others. They brought humanitarian aid, medicine and food and met with representatives of the Ukrainian ombudsman offices in Kyiv and Lviv. In their 10 March 2022 report, they give a positive assessment of the human rights situation in the Polish-Ukrainian border towns.

In the Polish border towns, heated tents had been set up where refugees could recover after crossing the border, and where hot meals, beverages and warm clothing were provided. The border crossing in Krościenko is mentioned as a model example in the report, since refugees there were provided with humanitarian aid immediately after walking across the border.

According to the report, the refugees’ medical care is ensured throughout and their onward journey is organized without affecting the numerous refugees coming after them. The report also mentions that people without a Ukrainian passport were also being registered correctly in a separate place. The only area that could be improved concerned the communication between border security agencies and the offices inside Poland issuing residence permits.

So what does it need for Poland and other countries to respect the rights of refugees and asylum seekers?  Hanna Machińska gives a clear answer: “It needs joint efforts of many states. The EU, the UN and NATO are the most important safeguards for security and the rule of law. Additionally, the perpetrators committing violations must face very severe sanctions and be held accountable, including politicians. This is the only way human rights violations can be prevented.”

On the occasion of Dies academicus, the faculties of the University of Zurich honor people who have made outstanding contributions to scholarship or society.  For more information about the seven honorary degrees awarded, please visit the website.