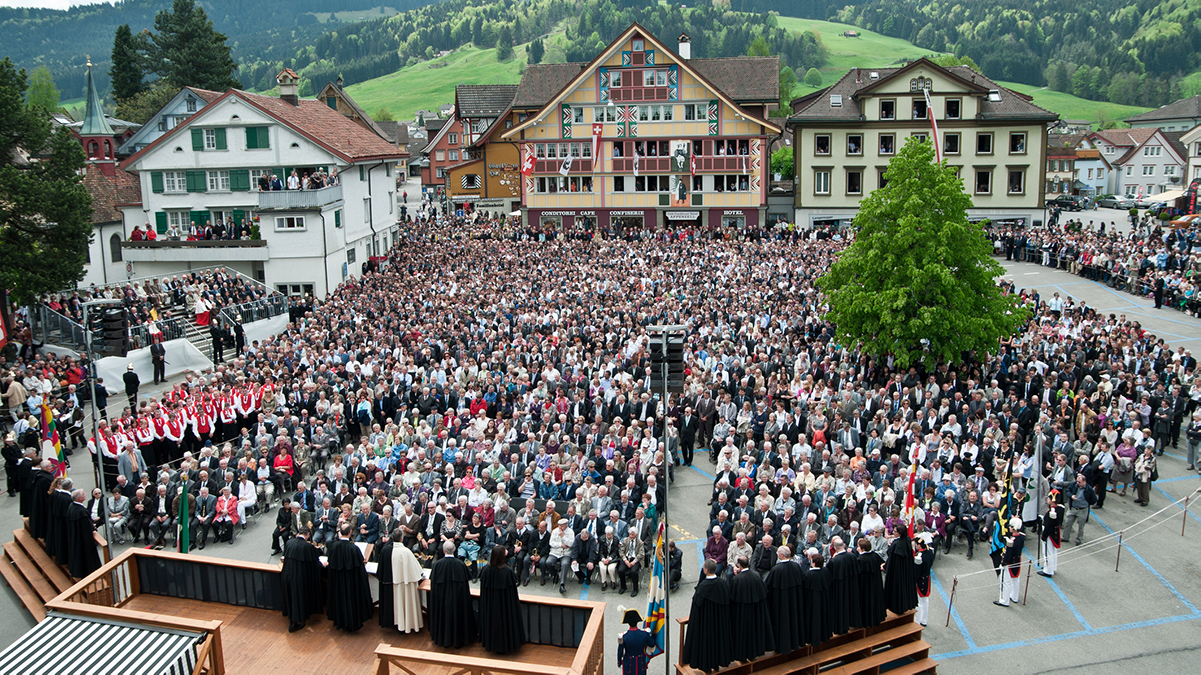 In November 2018, France was ablaze. Up and down the country, the "gilets jaunes" occupied traffic roundabouts and ramped up the pressure on the establishment. The Avenue des Champs-Elysées in Paris was a picture of devastation. In their tens of thousands, the followers of the yellow vest movement traveled to the center of power, where they engaged in violent clashes with the police.

Across the country, hundreds of thousands took to the streets to voice their anger over increased fuel prices. They demanded recent decisions to be revoked and called for the resignation of Emanuel Macron. The president eventually relented and withdrew the measures.

And in Switzerland? Last summer, the population rejected the CO2 law with a 51.6 percent majority and dealt an unexpected defeat to parliament and the environment minister Simonetta Sommaruga. "The parallels to the constellation in France are evident," says Daniel Kübler, professor of democracy research at the University of Zurich. In both cases, the points of contention were fuel prices and measures against climate change. "But while in France there were fears of a coup, people in Switzerland were able to voice their dissatisfaction at the ballot box," says Kübler.

The political dispute over the CO2 law is a prime example for the working principles of direct democracy. While in other countries the population's anger leads to unrest, consensual democracy tempers extremes and promotes unity and social cohesion. "Our system integrates the opposition and deradicalizes it," says Kübler.

Right from the start, the Federal Council aims for consensus and tries to adopt resolutions that have a majority appeal. Political decisions are based on broad support, thanks to a consultation process that involves different parties and associations. Cantonal bodies are also brought in.

Everyone can have their say, and if a group remains dissatisfied, they are free to fight the decision with a referendum – as was the case with the CO2 law, which was opposed by a center-right alliance. The strength of this system is currently being highlighted by the biggest democratic challenge of recent years, the Covid-19 pandemic.

There was a brief phase in spring 2020, at the very beginning of this historic occurrence, during which the government ruled via emergency law and decreed massive infringements without parliamentary consultation. But this exceptional situation only lasted for a few weeks and was rescinded as soon as possible. Ever since, our system has run smoothly and is yielding remarkable results.

"I cannot emphasize this enough," says Daniel Kübler, "we are the only country in the world in which the population was able to vote on the measures for countering Covid-19." First in mid-June 2021, then a second time a few months later, at the end of November. At 65.7 percent, voter turnout was close to record-breaking, with 62 percent of votes cast in support of the Covid-19 law.

This included approval for the Covid certificate, which proved to be a particularly emotive topic. Subsequently, it was found that almost all age groups voted for the law. "The clear majority decision in favor of the Federal Council and parliament took the wind out of the sails of certain opposition sections," says political scientist Kübler.

In other countries, opposition movements rarely have to pass this litmus test. It's not surprising that parts of the referendum committee such as the "Freunde der Verfassung" fell out with each other after the vote and key figures disappeared from the scene. It is difficult for the opposition to legitimize itself after a defeat. The protest fizzles out. 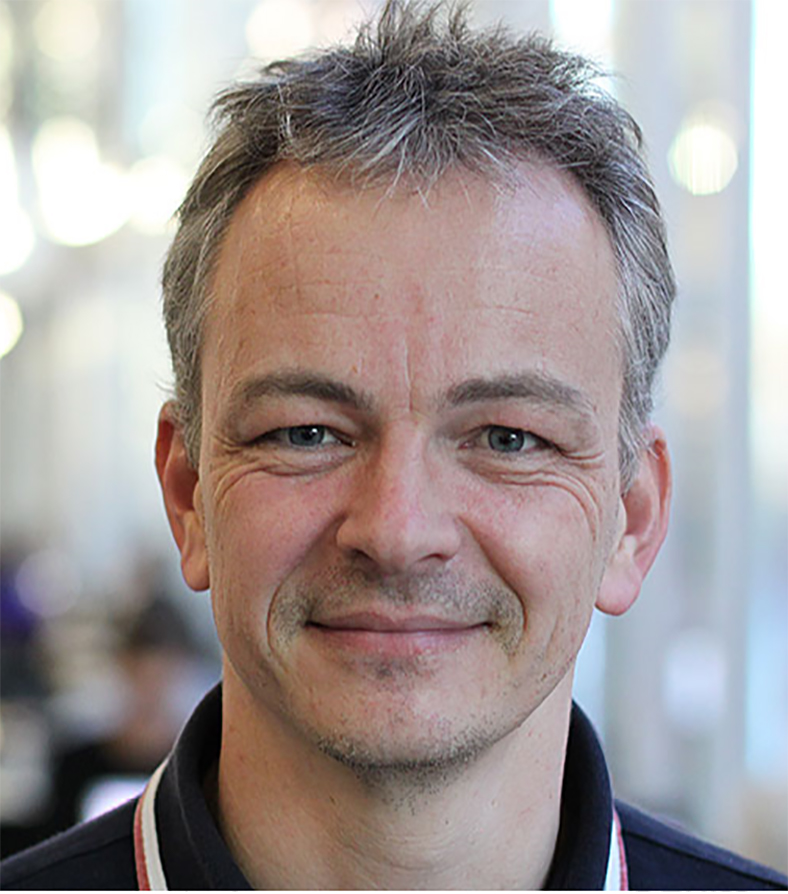 "Our system integrates the opposition and deradicalizes it," says Daniel Kübler. (Picture used by permission)

Looking back a little further, it's easy to find other examples of movements that initially formed on the streets and then gradually came to an arrangement with state institutions and deradicalized. The peace and anti-nuclear movement in the 1970s and the youth movements of the 1980s and 1990s are such examples.

Although these movements differed in how successful they were, none of them led to a radicalization of its followers. In part, this is because the system of direct democracy diverts the protest into institutionalized channels and submits it to a democratic majority decision. "Referendums are hugely powerful," says Daniel Kübler. The result finds acceptance, even when the margin is narrow. Nobody denies the importance of this core democratic concept, not even the greatest critics of state and institutions.

Wealth of social capital thanks to clubs

More than in most other countries, our rituals of direct democracy create a sense of shared identity and promote social cohesion. The political scientist Markus Freitag of the University of Bern has researched the concept of "social capital" in Switzerland. It's a measure of trust in the people around us, but also in public authorities and institutions. According to studies, the social capital among the Swiss population is particularly high, with Switzerland ranging in the top ranks compared to other European countries.

A significant factor, according to Freitag, is the large number of clubs and associations, and their popularity among the Swiss. Just about everyone is a member of at least one club, in rural areas the number is considerably higher. Clubs engender a sense of community, with members learning to think of the collective, rather than just themselves. They are schools of democracy.

Engaging in voluntary work – another element of social capital – is also a very widespread practice in Switzerland. The high social capital in this country goes hand in hand with the high level of trust in the authorities. This explains why the tough provisions during the pandemic were adhered to in an astoundingly disciplined manner. Studies show that people complied with the strict curfew rules in more than 90 percent of cases.

But despite the integrative qualities of direct democracy, cracks are also appearing in our social cohesion. The most recent vote on the Covid-19 law, which was only possible in Switzerland, had an extraordinarily polarizing and emotive effect on the supporting and opposing factions, as subsequent analyses showed.

"This polarization does worry me a little," says Daniel Kübler. With 38 percent of the votes, the defeated opposing faction has a significant weight behind it and Kübler suspects more will be heard from that corner. Another factor is the increasing significance of social media, which favors emotions and polarizing arguments. According to a Vox analysis, the opposing group was more strongly influenced by comments on social media than the supporters.

The Vox analysis confirms what researcher Karsten Donnay has found: "Minorities can reach a disproportionately large audience on the channels of social media," says the assistant professor of political behavior and digital media at UZH. Often, it is just a small number of proponents who disseminate extreme assertions, but they attain a considerable reach with their posts. Online, people are more likely to embrace such statements and spread them further.

In the case of the opponents of the coronavirus measures, this was also observed Switzerland. "I think the amplifying effect of social media needs to be carefully monitored," says Donnay. Especially when discussions held on an emotional level escalate and people are showered with hate speeches. Time and again, specific people are verbally vilified in this country too, especially in relation to Covid-19. "Such threats and hate speeches are not acceptable," emphasizes Donnay, "they mustn't be allowed to remain out there like that."

Emotional discussions are not necessarily a bad thing per se. After all, cheery cat images and emotive everyday comments don't harm anyone. But in the context of political discussion, heated statements quickly become thorny and poison our consensual culture. Emotiveness is built into the operating principle of social media. The algorithms raise the affective and polarizing statements to the very top of the feeds, the digital lead pages.

This means that people with differentiating comments tend to hold back, as their contribution largely goes unnoticed. Added to this is the mutually aggravating effect of emotional comments, leading to further polarization. "Lead proponents often hold more extreme views, while the moderates receive little attention," says Karsten Donnay. 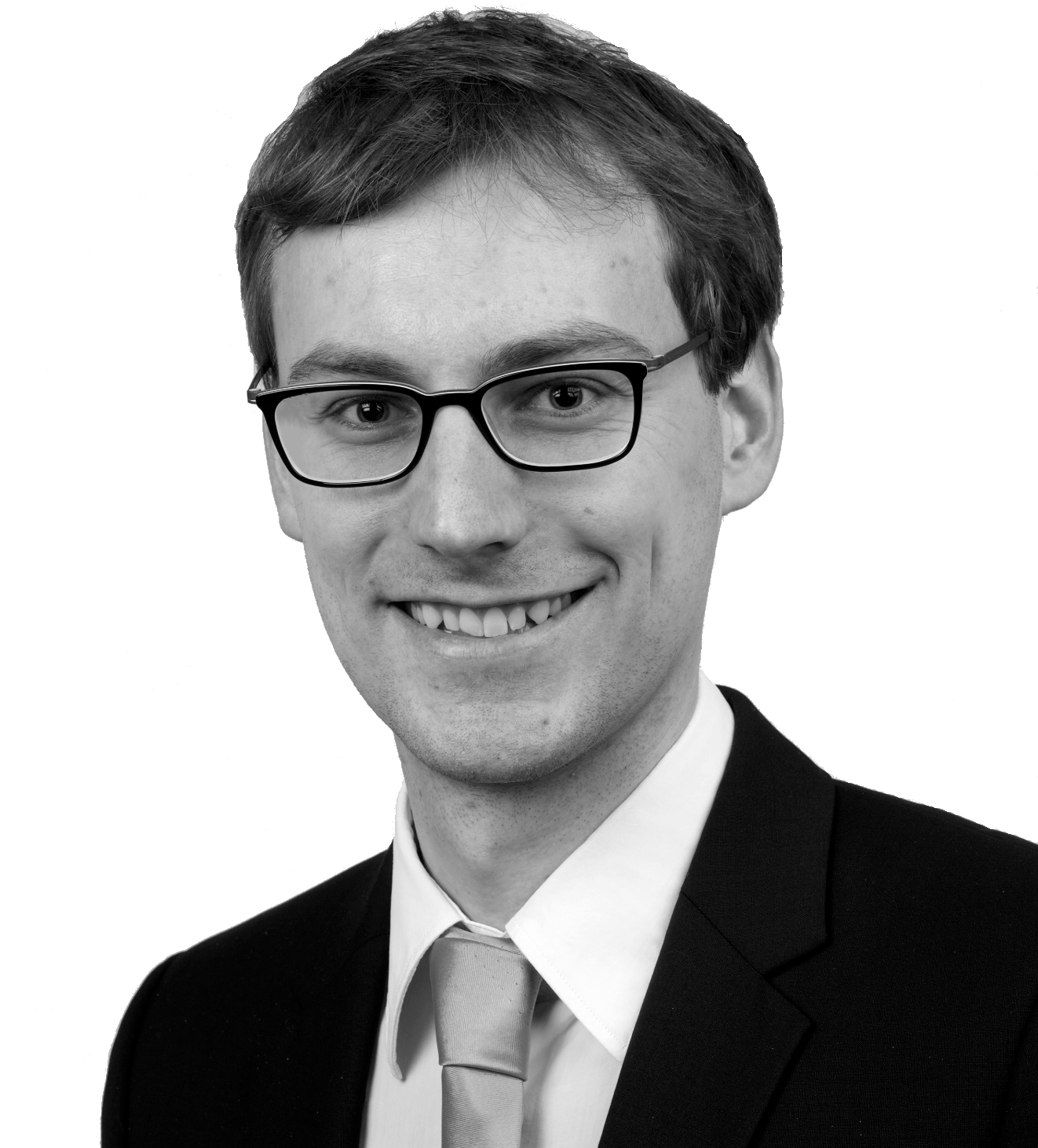 "Minorities can reach a disproportionately large audience on the channels of social media," says Carsten Donnay, assistant professor of political behavior and digital media at UZH.

An important question for political scientists studying social media is that of segmentation. Do the digital information channels lead to a deeper fragmentation of information and cause people to shear further away from the mainstream within their own echo chambers?

Karsten Donnay qualifies this phenomenon by saying there are no empirical studies on this for Switzerland. However, research in the US has shown that the trend towards echo chambers isn't as strong as feared. Nevertheless, echo chambers are a problem, as demonstrated for instance by the right-leaning Facebook page "Like Schweiz", which was scrutinized by the Digital Democracy Lab of UZH.

It's not known who is behind the page, which was created in May 2020. But it's clear that it ramps up emotions in political debate with right-wing statements. The site dishes out hardball assertions against Islamists, beggars, Europe, coronavirus measures and more to its users, displays YouTube videos and conducts referendum battles of the aggressive kind.

This type of site is problematic, says Donnay, as it can radicalize people. Verbal violence can translate into physical action, as demonstrated in the US by the attack on the Capitol. We're a long way from such scenarios in Switzerland. Political scientist Donnay doesn't view Swiss social media as a threat to the country's social cohesion, at least not yet. "It takes a lot to destabilize our deeply rooted direct democracy," he says.

Like his colleague Daniel Kübler, Donnay is currently more concerned by the increasing polarization of society. Because extreme viewpoints are excessively visible in social media, they can make the political differences appear deeper than they are. The online sphere disengages from the real discussion. "Over time, people could lose their sense for societal consensus," says Donnay. Politicians might consequently find it more difficult to formulate compromises with majority appeal. The concern is that this could lead to a weakening of cohesion. The gilets jaunes of that hot autumn in Paris might then be emulated on Zurich's Bahnhofstrasse.

This article first appeared in the UZH Magazin 3/22.