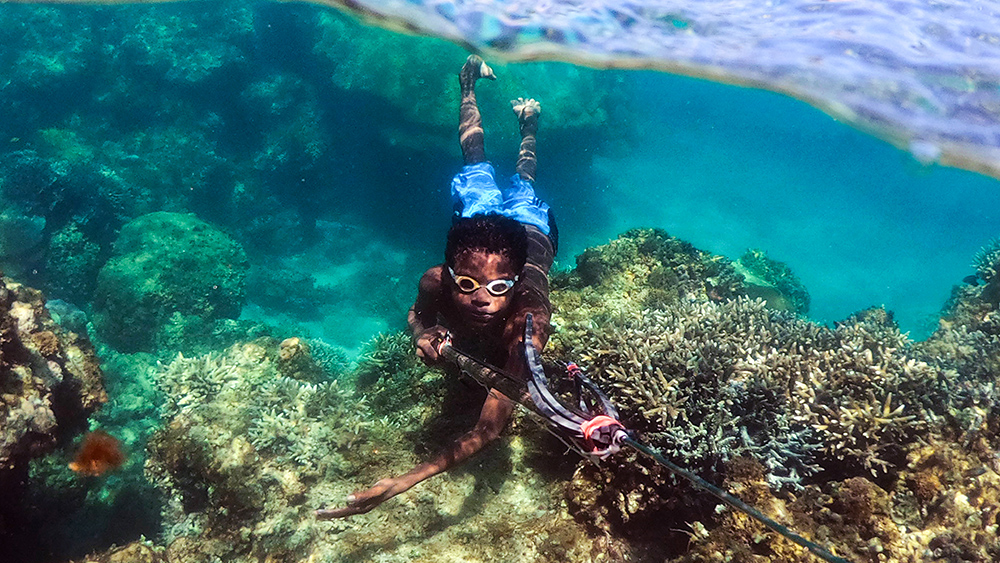 Life in the jungle on the Philippine island of Luzon is no walk in the park. Luzon is home to the Agta, a nomadic society of hunters and gatherers that live in small tribal communities inhabiting mountainous woodlands and coastal areas, perhaps like our ancestors did over 10,000 years ago, before they become sedentary farmers during the course of the Neolithic Revolution. The Agta live from hunting, fishing and foraging for wild plants, and they sometimes also trade fish and meat with outsiders in exchange for rice. But their food security is precarious. A hunter roaming the forest for game strikes luck only one day in three on average. That has consequences for communal life. The Agta all have to pull together to survive. Everything is shared with everyone else. Whoever has bagged game shares it not just with their family, but with the entire community because tomorrow that same hunter may return to camp empty-handed.

There are only a handful of hunter-gatherer cultures left in the world today. Their numbers include the Penan on the island of Borneo, the San in southern Africa and the Agta in the Philippines, on whom Andrea Migliano is conducting research. The anthropologist at UZH is studying these aboriginal societies in an attempt to better understand how cumulative culture – the knowledge cumulatively built upon our predecessors' knowledge that has made humans so successful – came into being. In other words, Migliano is conducting research into how we became who we are today. The researcher has discovered that cooperation and social networks are crucial to cumulative cultural evolution. "Contemporary human behavior is rooted in our ability to cooperate and network with each other," says the anthropologist.

With the aid of electronic tracking devices that she fastened to Agta women's and men's wrists, Migliano minutely analyzed the hunter-gatherers' social interconnections. The Agta share not just food and objects to ensure their survival, but also their knowledge. Whereas we denizens of highly technologized cities and countries around the world use the internet and social media to share information, the Agta tell each other stories that impart wisdom about healing arts or hunting. "Their stories, for example, are about which animals may and should be shot, where dangers lurk in the jungle, and how the forest should be treated with respect," the anthropologist says.

But social norms like gender equality, a core value to the Agta, are also recurring themes in their stories. The Agta legend about the sun and the moon centers on the relationship between women and men. The story, in a nutshell, recounts that once upon a time, the male sun and the female moon got into an argument over who should light up the sky. Since they could not come to an agreement, their dispute escalated into a fight. It turns out, though, that the moon proved to be just as strong as the sun. So, they decided to share the job. From that moment on, the sun(man) was responsible for brightening the day and the moon(woman) was in charge of illuminating the night. Myths of this kind not only convey rules and norms, but also preserve them for forthcoming generations. "The Agta don't have electronic information storage systems like we do," says Migliano. "They craft their knowledge into stories to better ingrain it in memory."

Stories and myths are essential to the exchange of knowledge between the hunter-gatherers, but so are visits by members of one Agta community to other Agta camps. "Those visits are the social media of hunter-gatherers," says Migliano. "When we're looking for a solution to a problem, today we go online and tap multiple sources to obtain information. The Agta use their social network in exactly the same way by tapping the experiences of people in other camps to augment their own knowledge," she explains. This exchange of know-how forms the foundation for the innovations that underlie cumulative culture.

"When people who know different things talk to each other and recombine that knowledge, that can give rise to innovations," the researcher says. The Agta use the creative exchange of information between members of different camps to discover new herbal medicines, for instance, or to improve their hunting utensils. The hunter-gatherers, for example, developed diving goggles that help them to catch fish.

This ability to innovate distinguishes humans from our closest evolutionary relatives, chimpanzees, who are not particularly innovative and don't do any networking at all. Migliano thus hypothesizes that social structures composed of small, interconnected communities like those that the Agta inhabit are precisely what enabled cultural evolution to get underway tens of millennia ago.

Friendships are crucial to these information and innovation networks and serve as the grease for the transfer of knowledge. We are in close contact with our friends, and we share our joys and sorrows with them, but also our different experiences. This stimulates innovation – among the Agta in the Philippine jungle, where friendships are forged early on in same-age play groups, but also among the inhabitants of late-modernist cities. It also spurs innovation in science: "When conducting a project, if I only speak with UZH researchers from one specific field, that probably isn't all that innovative," says the anthropologist, "but that changes if I integrate the experiences of friends from different countries and subject areas." This way, many more new ideas can come into being.

Today, social media like Facebook and Twitter enable "friends" to share and exchange information in personal networks, and online crowds aggregate the collective knowledge of countless people to tackle a specific task, such as writing an article for the online encyclopedia Wikipedia. These concepts are already inherent to the social networks of hunter-gatherer cultures.

However, the way of life and culture that the hunter-gatherers have retained over the millennia are increasingly endangered today. "The Agta people won't exist for much longer," Migliano says. She attributes that mainly to growing tourism. Hotels are being built and the jungle is being cut down, rapidly shrinking the hunter-gatherers' habitat. That's tragic, but it would be less dire if the Agta at least received support and access to a modern education and healthcare services, says Migliano. That, she explains, would enable them to gradually adapt to their changing habitat. But this isn't happening. "The Agta are simply being driven off their lands."