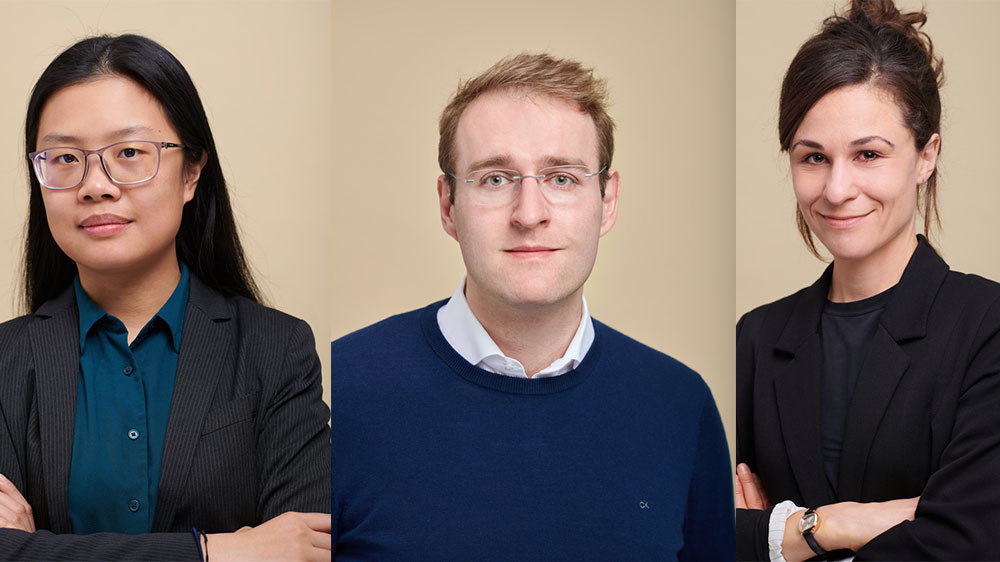 The former Mercator Awards are now called FAN Awards. As of this year, the “Fonds zur Förderung des akademischen Nachwuchses” (FAN) of UZH Alumni will support the awards recognizing junior researchers at UZH – taking over from the Mercator Foundation, which had to discontinue its support as a result of a change in its funding practice. The awards are endowed with CHF 5,000 each and are presented in recognition of research that is of the highest academic quality, inter or transdisciplinary, and relevant to society.

The FAN Award in the field of medicine and the natural sciences goes to Fabian Voigt, a postdoc at the Brain Research Institute. His PhD thesis is centered on the development of a novel light-sheet microscope. The technology can “optically dissect” biological samples. Since none of the commercially available devices using this technology were able to process samples the size of a finger, Voigt decided to build one himself from scratch using individual parts that were available for sale.

The resulting “mesoscale selective plane illumination microscope”, or mesoSPIM, enables researchers to reconstruct structures within various biological samples in 3D in a matter of minutes. “The mesoSPIM is ideally suited to visualizing whole nervous systems, for example of developing chicken embryos. We also use it to represent nerve cell networks in brains of mice,” Fabian Voigt says. However, the device can also produce high-resolution images of many other types of samples, including from humans.

His mesoSPIM resulted in a publication in the renowned Nature Methods journal. To share all of the information about his device’s hardware and software with his peers, the postdoc set up the website mesospim.org. The story of Voigt’s success quickly spread, and several research groups were quick to build copies of the original microscope. At the time of writing, 14 mesoSPIM devices are in operation in Zurich, Geneva, London, Berlin, Munich and Singapore – and more are under construction.

How do our language skills change as the brain ages, and what factors are at play in the process? These are the questions Minxia Luo addresses in her PhD thesis, for which she has won the FAN Award in the arts and social sciences. The junior researcher at the Department of Psychology is a member of the URPP Dynamics of Healthy Aging.

Much of the research on cognitive aging assumes that the language of older people is less complex than that of their younger counterparts because of their declining working memory and word-finding difficulties. Moreover, most studies examined language complexity in laboratory settings, which do not reflect natural language use. In contrast, Minxia Luo analyzed real-world speech samples of adults between the ages 18 and 94 using some 49,000 audio files (30 to 50 seconds in length). The gerontopsychologist’s empirical work suggests that the effects of aging on language use aren’t as clear-cut as previously believed.

One of her most significant findings is that familiarity plays a key part in conversations. In younger as well as older adults, vocabulary richness and grammatical complexity were greater when they were speaking with people they were familiar with – their significant other, friends or family members. Furthermore, the researcher found that older people produced the same level of grammatical complexity as younger adults in conversations with their significant other, but used simpler language when interacting with strangers. “Familiarity between people helps them understand and form speech, and older people use this experiential knowledge accordingly,” explains Minxia Luo.

All three papers in her PhD thesis were published in the renowned journals The Journals of Gerontology: Series B, Aging and Mental Health and Frontiers in Psychology. Together with Gerold Schneider from UZH’s Department of Computational Linguistics, she developed programs that compute scores for language complexity. In addition, Minxia Luo also collaborated with international experts in text analytics.

Extraterritorial human rights obligations
State surveillance abroad or targeted killings by drones – as a result of globalization and new technologies, the actions of states are increasingly felt across borders. This issue raises a fundamental question: To what extent is a state bound by human rights when its actions have effects abroad? Or put differently, are states allowed to violate human rights abroad that they aren’t allowed to violate at home? The PhD thesis of Angela Müller, former SNSF PhD candidate at the Faculty of Law, explores these questions from a legal and philosophical perspective.

In her legal analysis, the scholar highlights the conflicting relationship between the basic idea of universal human rights and the paradigm of territorial applicability. This paradigm is then challenged and criticized based on theories of political philosophy. The legal scholar goes on to develop her own theory of normative justification of extraterritorial obligations. “The normative starting point has to be that state actions must be bound to human rights whenever they affect people – regardless of where these people are,” Müller summarizes. In her thesis, she also explains the practical implications of her theory – that is, how the applicability criteria could be reinterpreted so that human rights can also be asserted outside of a state’s territory.

“The question of what states owe to those outside their territory is by no means new. However, global phenomena such as digitalization and climate change, current political tendencies to revert to nationalist ideologies, and increasing academic criticism of the concept of universal human rights make it clear that the issue has lost none of its urgency,” says Angela Müller. Her interdisciplinary approach represents a significant step towards settling the theoretical foundations of the criticism of extraterritorial human rights obligations. For her thesis, she has been awarded the FAN Award in law and economics.

The FAN Awards for junior researchers recognize outstanding scientific achievements of advanced PhD candidates and early postdoctoral researchers at UZH. The prizes are awarded in three fields: The arts and social sciences, law and economics, and medicine and the natural sciences. Nominations for FAN Awards are submitted to the Graduate Campus, which also oversees the scientific jury and awards ceremony. The awards, which are presented at a public awards ceremony, come with prize money of CHF 5,000 each.

The FAN uses private funding to support outstanding junior researchers in all of UZH’s faculties in pursuing an academic career.