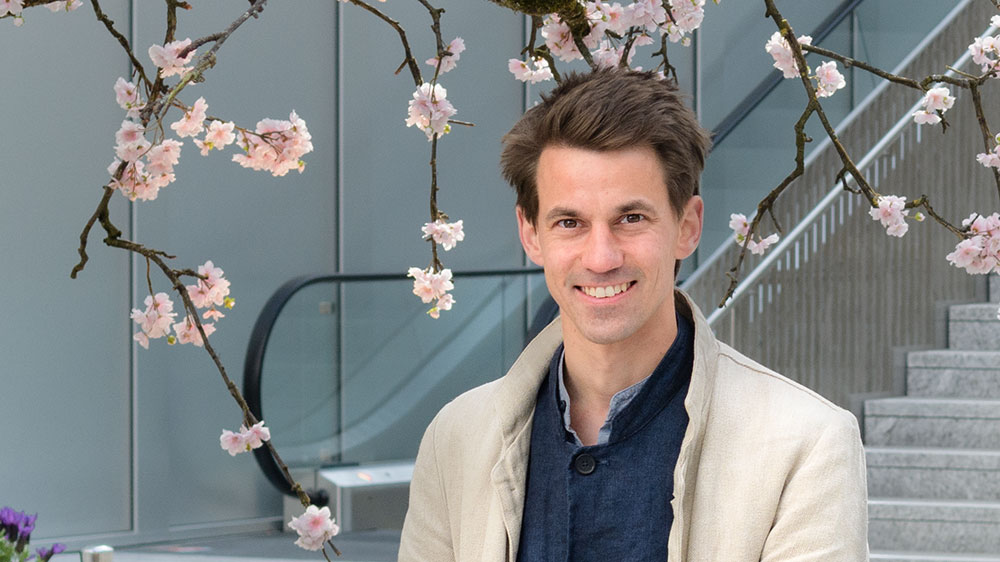 Stefan Riedener, what does it mean to do good?

Stefan Riedener: There are many different forms of doing good. But the most important aspect is probably that people and animals get to lead a good life. In this respect, doing good essentially means enabling living beings to continue their lives, allowing future generations to be born and letting all these people and animals lead a dignified life that is worth living.

Should we also do good to ourselves?

Of course. But how good my life is not only depends on how much fun, wine or sunshine I’m having, but also on my actions in the world. By helping others, I’m doing something good for myself, too.

How does helping others benefit us?

It’s part of leading a successful life. If you only ever look after yourself, you’re missing something. Such a life would be poor and pitiful, perhaps without any greater purpose. On the contrary, if I help others, I will one day be able to look back on my life with a sense of happiness and say that my life has had meaning.

To do good, you first need to know what “good” means. Do we have such an understanding at all?

Yes, in a way people do have a sense of what it means. We have an intuitive sense of justice. We often know when we do something that’s wrong.  We notice when someone needs help. This intuition is something we already have as children. You don’t have to be a moral philosopher to have it. Moral philosophy helps us to understand and justify our intuition – and maybe to sharpen and adapt it in some areas.

Is this feeling universal? After all, it’s not often that people agree on what’s right and important. It’s up to policy-makers to negotiate a set of rules. Is there such a thing as the objectively good, or a benchmark for goodness?

I’m convinced there are objective criteria for what is considered good. I think our political discourses, private arguments and thoughts about doing good need to be based on the assumption that there is such a thing as objective goodness, and that it’s not just about relying on our subjective judgments or opinions.

Do you do good?

What do you do?

I try to do as little harm as possible in my life and to make the world a little better. I’m a vegetarian and also eat vegan whenever possible. I don’t travel by plane. I don’t own a car. I generally try to live a humble life. And I donate 10 percent of my income to organizations that I believe are doing good as effectively as possible. I also see my work as a way of doing good. As an ethicist, I try to shape ethical discourse and the direction in which our society is heading.

Should I travel to Cambodia? Should I eat that sausage? All of us face such ethical questions on a daily basis. So what should or shouldn’t we do? Do we have a moral obligation to do good, or can we decide on a case-by-case basis? Vegetable stew today, steak tomorrow?

We certainly have an obligation to change many of our ways. We have to eat far less meat, travel by plane far less often, and so on. I don’t know whether this means we should avoid meat altogether. In practice, however, making clear decisions can make things easier. I decided to give up eating meat, and it’s been clear to me ever since. I no longer think about it and don’t miss it either.

Less meat, less air travel – do we need to adopt a culture of restraint?

In a way, yes. But more importantly, are these really acts of renunciation? Does it mean that we’re worse off so that others may live better lives? Or do these decisions increase our quality of life? If we lead simpler lives and consume less, it can also do ourselves good.

You’ve already answered these questions for yourself. In your view, you’re leading a better life because you’ve given up certain things. Is that your message?

I don’t know whether it’s a “message”. You  can call it that if you like.  But I don’t want to idealize anything. Of course it enriches our lives if we can travel to far-away countries and meet other people. Reading a book or looking at pictures will only take you so far. I understand that. And yet it’s not just about sacrificing and renouncing things. I don’t feel at all like there’s something missing in my life. I feel tremendously privileged, grateful and happy.

As a member of the organization Giving What We Can, you’ve pledged to donate 10 percent of your life-long income to charity. Why?

There are still people dying in the world because they don’t have enough to eat, while we’re here living our lives of luxury. My income at the University of Zurich is more than enough for me to live on, even if I donate 10 percent of it. Certain things I have to do without, but nothing that’s essential. And I can do a lot more good by donating this money to others. I see it as my duty to do so, but I also like doing it.

What do you get in return?

It gives me a feeling of doing something meaningful, something useful. Having meaning in our own lives often means dedicating ourselves to a greater good and doing something that’s bigger than us. It doesn’t necessarily have to involve moral actions, but it can. For example, campaigning to save the rainforest or helping the poor. Giving to charity also helps to relieve cognitive tensions; this feeling of living the wrong way in our wasteful, pollutive lives of abundance.

It sounds like a convenient and fairly inexpensive way out. Ten percent is a good deal if you can be happy and unload some of the remorse.

It’s great if it means people will do some good and even end up increasing their own happiness! But it would definitely be too easy to think that’s all there is to it and that the other 90 percent can be spent in whichever way you see fit – splurge on luxuries, fly all over the world, or buy food from overseas.

So it’s no absolution?

No, it’s not. I’m not sure 10 percent is enough either. Why not 20 percent, or 30? I know people who work at British universities and donate any income that’s above the UK’s minimum wage. I’m nowhere near that committed. And donating money isn’t everything, of course. You also have to adapt your lifestyle and get involved in politics or social causes.

The movement you’ve joined is called “effective altruism”. It advocates using donations as effectively as possible. How does that work?

The idea behind effective altruism is much more general. It’s not only about donating money effectively, but effectively doing good in a more general sense. What that means can vary from one person to the next. Someone who has little money but strong political skills, for example, can do good by going into politics and using their skills in this area as effectively as possible. To answer your question, effective altruism means finding out where our actions can do good effectively. Or in even simpler terms: What does doing good mean in the first place, and how can we quantify that? One widely used way of measuring this is with QALY scores, a concept used in economics. QALYs are quality-adjusted life years and refer to years lived in perfect health. They can be used to quantify how many good life years – or QALYs – I can make possible by donating around USD 1,000. Of course you can’t put an exact number on this, but there are empirical and philosophical methods that we can use to reach a well-founded conclusion as to what is likely to do more good.

Can you give a specific example?

A study looked into what could be done to increase school attendance in the Global South. Several methods appear plausible at first glance, for example giving money to the parents when their children go to school, providing better school materials or increasing the number of teachers, and so on. One study into the effectiveness of various measures found that what increased school attendance the most was deworming programs. One reason why many children weren’t going to school was because they had worms and weren’t feeling well. Not because they didn’t feel like going or didn’t like their teachers. The study thus showed the most effective way of increasing school attendance.

It’s certainly a good thing that these children are dewormed, but the problem is often deeper and has to do with states not working properly. A functioning state would set up a deworming program itself. Money usually allows you to change things at the lower levels – but shouldn’t we be changing the bigger picture, e.g. the corruption eating up resources meant for schools or health programs?

Effective altruism doesn’t contradict this. The idea is simply to do good as best we can. If it turns out that the money isn’t being used as intended, effective altruists would be the first to call for more efficient measures. This can – or rather, must – also mean changing the system.

But isn’t it also about reducing complexity? Setting up a deworming program isn’t as complex as changing politics or the attitudes of a self-serving elite.

Of course there’s a risk of focusing on things that are easy to bring about. Changing social, political or economic structures is much more complex.

Sounds a bit like surrendering: It’s too difficult to solve this problem, so we won’t even try because we won’t succeed with our limited resources.

We certainly won’t succeed overnight, and money alone won’t cut it – individuals donating 10 percent of their lifelong income simply isn’t enough. But I wouldn’t be so downbeat as to say we won’t succeed in the next 100 or 1,000 years. I’m still optimistic that we as humanity can overcome our main problems together. There’s no fundamental reason why that shouldn’t be possible. One highly effective way of doing good, by the way, is investing in the long-term future of humankind – making sure that the human race won’t go extinct, but that we’ll be able to go on and fulfill our potential for hundreds of thousands or even millions of years.

Can a movement such as effective altruism save humanity?

Certainly not on its own. Our future rests on the shoulders of humanity as a whole. We as individuals can’t carry the heavens on our shoulders like Atlas, but we can do our part. And this isn’t just a burden. Look at it this way, isn’t it wonderful that we can see ourselves as part of the generation that may have ultimately saved humankind, that played a part in conserving the planet’s natural resources so that humans and other creatures could survive?

Unlike many other ethics scholars, you take a clear stance on ethical topics and live by your convictions. Is that a deliberate decision?

I actually think it’s only natural for ethicists to try to live according to their own beliefs. After all, the normative questions of ethics concern us all in very specific terms.

What’s your position here as an academic, since you’re no longer only an observer but also an actor?